This Week in Space: Oh No! The Arecibo Observatory Collapsed on Camera! 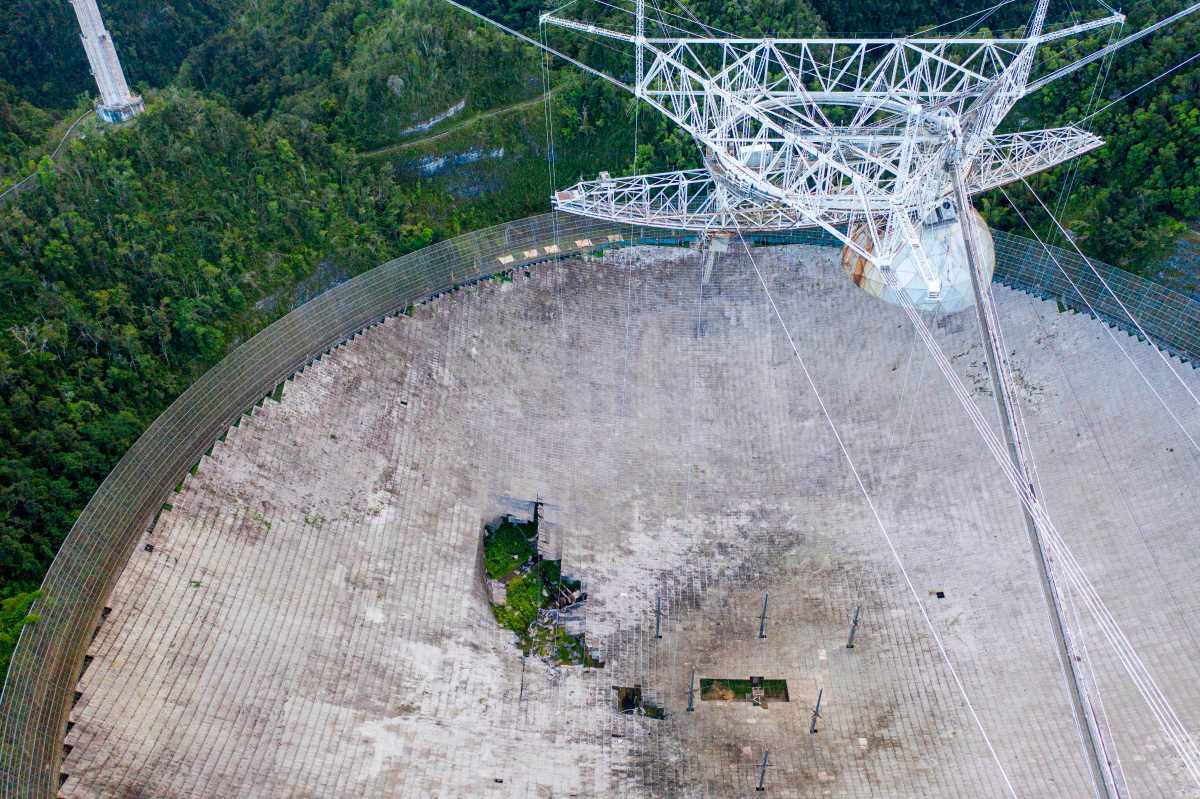 The Arecibo Observatory in Puerto Rico is one of the most famous observatories in the world, but after two cable failures in four months, it was time to say goodbye. According to Geekologie, the observatory was already being decommissioned, but they were not sure how to safely take it down—until … well, gravity took over.

Captured on video via drone, the destruction took place when even more cables snapped and brought the telescope crashing down.

This … isn’t the first time we’ve seen the observatory being destroyed, either. One of the reasons that it is famous (at least to me) is because of its history in both cinema as well as its place in protecting Earth from … outside forces.

Here is the observatory being destroyed in the James Bond film GoldenEye, which is a lot more dramatic and also features another favorite trend of mine: Sean Bean dying in movies.

But, to be serious, the Arecibo Observatory was incredibly influential in how we looked at technology and space exploration. It was one of the first major steps towards protecting us against hazardous asteroids, as well as being a host to searching for alien radio waves.

Business Insider did a deep dive into the history of the observatory and what we lost, but it’s also sad to lose any structure that helps us understand space a bit more. When the observatory was first built, it was prior to us ever taking a step on the Moon. (The observatory was created in 1963 by William E. Gordon using a natural sinkhole in Puerto Rico to create it.)

During its time, the Arecibo Observatory was responsible for realizing that our idea of Mercury’s rotation was off, it discovered the first binary pulsar, and (while doing so much more throughout its 57 years on the job) it sent out the strongest broadcast into the universe to try to communicate with potential aliens.

Arecibo Observatory is, basically, what I’d be if I were a telescope—just trying to talk to some aliens and seeing some cool space things happening along the way. And, if I had the chance, I’d also star in a James Bond movie.

It’s a sad day for space nerds but it is also a sad day for our exploration of the unknown as well. The observatory was clearly something that helped us understand what’s out there in space and sure, our technology is better now than when the Arecibo Observatory was created, but that doesn’t mean we didn’t need her. It will be interesting to see how science and space exploration accounts for her loss though and readjusts our efforts to connect with space.

Rest In Peace, Arecibo Observatory. If we were going to talk to aliens, it was probably because of you and you will definitely be missed.