This Scorpion Gaming Chair Will Haunt Your Nightmares 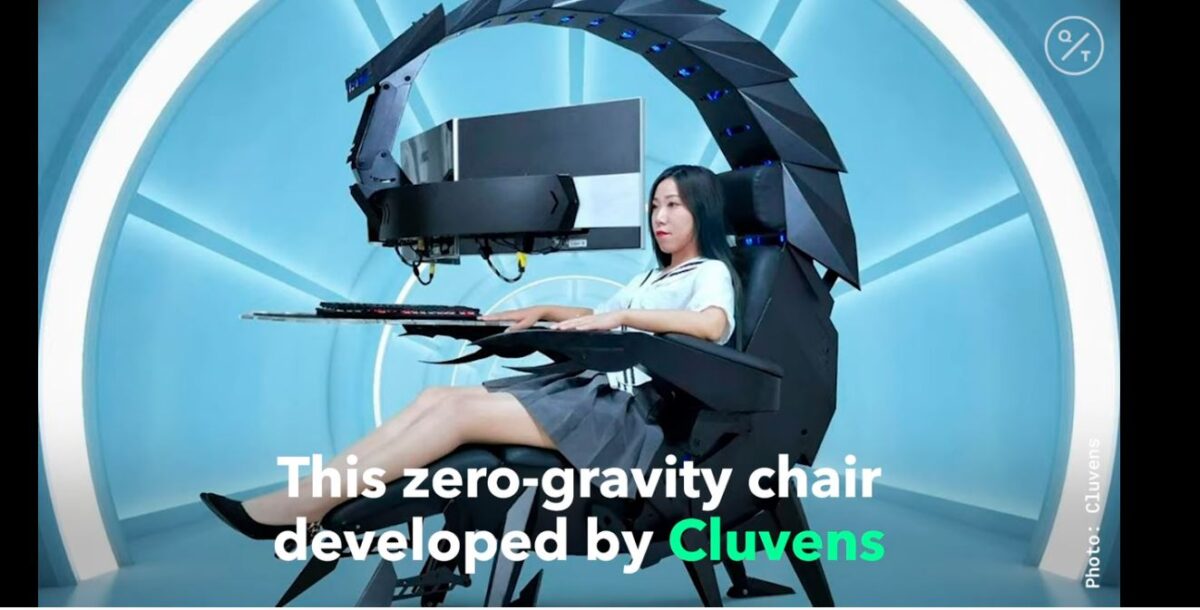 In the millionth example of 2020 being entirely not okay, Cluvens has debuted their new “zero gravity” Esports chair, aka the scorpion chair. This straight up nightmare features a moveable “tail” which can support one ultra-wide monitor (49 inches) or three 27-inch curved monitors. The chair can also recline to 170 degrees in case you want the horizontal gaming experience. (FYI I will now be referring to any sexual activity as a “horizontal gaming experience.”) The Cluvens chair costs $3,299 but GOOD NEWS shipping is free in North America.

This scorpion-shaped computer chair is motorized to adjust to your needs. I hope it doesn’t sting! pic.twitter.com/IsJO5fJF99

The chair is advertised as both a gaming rig and a workspace, but there’s no mention of its role in the upcoming robot uprising. Seriously, when the war between man and machine comes, these bastards will be the cavalry. The scorpion chair, which looks like it was designed by Catherine O’Hara’s character in Beetlejuice, has quickly captured the imagination of social media, with folks alternately coveting it and fearing it, and sometimes both.

And while there are plenty of pop culture parallels to be mined (J.P.’s rig from Grandma’s Boy, M.O.D.O.K., etc.) one strong similarity that I’ve noticed is its resemblance to those floating chairs in WALL-E. This thing is like the goth version of those space recliners that service your every need. Add a frothy drink maker to the chair and your feet may never need to touch the ground.

The future of gaming is here, and apparently it’s built to haunt our dreams.

If I got that scorpion gaming chair, I would LITERALLY become Mojo from Xmen like… a day later pic.twitter.com/zou8YSKNVJ

The path from “buying the robo-scorpion gaming chair” to “vowing to kill Spider-Man” is a straight line. https://t.co/jbXp3M7jq8

I’m sorry but this is absurd and ridiculous. I’ll take two. https://t.co/OZlNlZvbZ4

*gets rid of all possessions*

This looks perfect for remote learning. Add a seatbelt and you found yourself a babysitter. #justkidding #ScorpionChair https://t.co/DqyV2QBOoa

Every time I look at the scorpion gaming chair I just think of this pic.twitter.com/2lXHejveLo

May I introduce you to my SCORPION CHAIR!

the gaming scorpion chair reminds me of this alot pic.twitter.com/Q7srB2EaaC

The new #scorpionchair reminds me of JP’s office in Grandma’s Boy pic.twitter.com/X8Viznxek6

The scorpion chair originally came with a companion frog ottoman, but stung and killed it during shipping. What do you think of this beast of a chair? Would you buy one if you could? Or do you, like me, fear its inevitable sentience and and world domination?