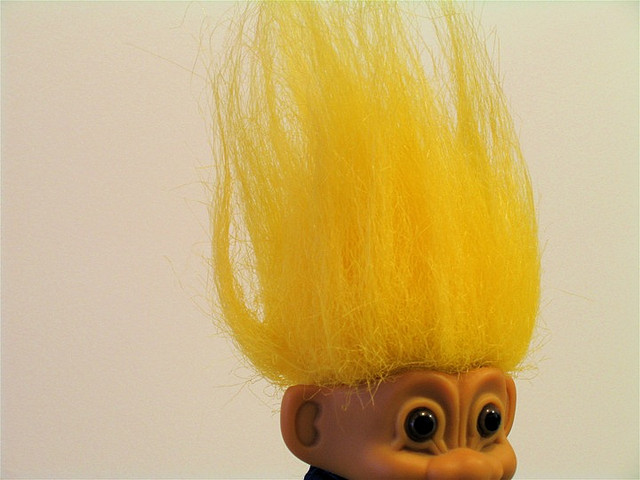 Here at The Mary Sue, you can imagine that we know all about what it’s liked to get harassed on a daily basis by people who miiiiight have some personal issues with women to sort out for themselves. So does Lindy West, feminist critic and former staff writer at Jezebel, whose recent story for NPR’s This American Life is an emotional breath of fresh air for anyone who’s ever received—or sent—an angry or harassing message online.

We’ve embedded the entire episode below, but if you’re not able to listen right now, then here’s the gist: Back in the summer of 2013, when West was getting constant threats for her position on how male comedians should approach rape jokes (the verdict: they really shouldn’t, unless they can do so very carefully), one particularly creative troll set up a fake Twitter account for her recently deceased father to mess with her.

It worked, but something else also happened—after West publicly called out the troll, he apologized. Sincerely, even. “I don’t know why or even when I started trolling you,” he wrote in an email to her. “I think my anger from you stems from your happiness with your own being. It served to highlight my unhappiness with myself.” He even made a donation in her father’s name to the cancer center in Seattle where he was being treated before he passed.

In an effort to understand the mindset of a troll, West reached out to this guy—whose name she’s deliberately chosen not to disclose—and ask him about what it was that made him hit such a low point, and what made him change. Part of it, he acknowledged to her, was because she was an outspoken woman who was more comfortable and accepting of herself than he was of himself at the time:

“Women are being more forthright in their writing, they’re not—there isn’t a sense of timidity to when they speak. They’re saying it loud. And I think for me as well, it’s threatening at first[…] I work with women all day, and I don’t have an issue with anyone. I could have told you back then, if someone had said to me, “you’re a misogynist, you hate women,” I would have said, “Nuh-uh! I love my mom, I love my sisters, I’ve loved the girlfriends I’ve had in my life.” But you can’t claim to be okay with women and then go online and insult them, seek them out to harm them emotionally.”

Obviously this man is speaking from his own personal experience and not for all trolls at once, but it’s interesting to note how frank and honest he can now be about the insecurities and feelings that led him to attack strangers online in the first place. We talk often about how trolls don’t seem to realize that there are real living people on the other end of their threats, but at the same time, often those of us who face these threats can sometimes forget that these are people as well. That doesn’t mean we can’t be upset at them when they say shitty things to us, of course, but it’s worth remembering all the same.

Here’s the full episode, which also features a number of other stories about how the Internet can be terrible to all kinds of people (another one of which features the woman of This American Life as its subject). Lindy’s piece begins four minutes in and runs for about twenty minutes.

(via This American Life, image via Kevin T. Hoole)