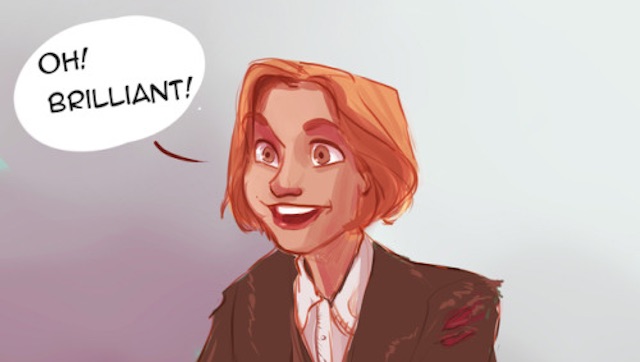 We won’t get the new season of Doctor Who, which features the series’ first female Doctor, until fall of 2018. Luckily, that hasn’t stopped fans from giving us their visions of Thirteen in all her glory.

Doctor Who has had a devoted fanbase for more than fifty years—and the Internet allows that passionate fandom to flourish and create transformative works inspired by the Whoverse almost as quickly as news breaks about the show.

Considering the amount of buzz and excitement that Jodie Whittaker’s casting generated worldwide, it’s not surprising that she’d start to be a popular figure on platforms like Tumblr and Twitter. To tide us over until fall, let’s take a look at some lovely fanmade creations around our first Lady Doctor, inspired by her appearances in promo materials and the Doctor Who Christmas Special. 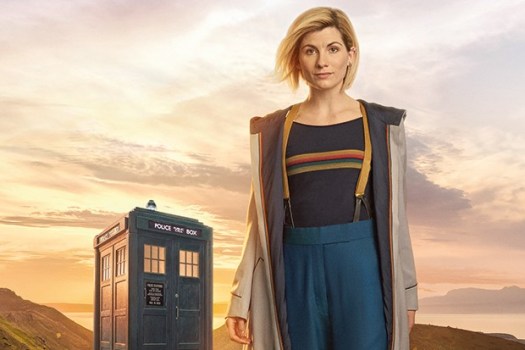 Whittaker’s colorful outfit, with nods to Who Doctors past, became iconic immediately after the BBC released a photo of her rocking those sweet suspenders. Many talented artists took up their pens to draw her thus—and I love that she’s already in action, running (as Doctors do) in all of them: 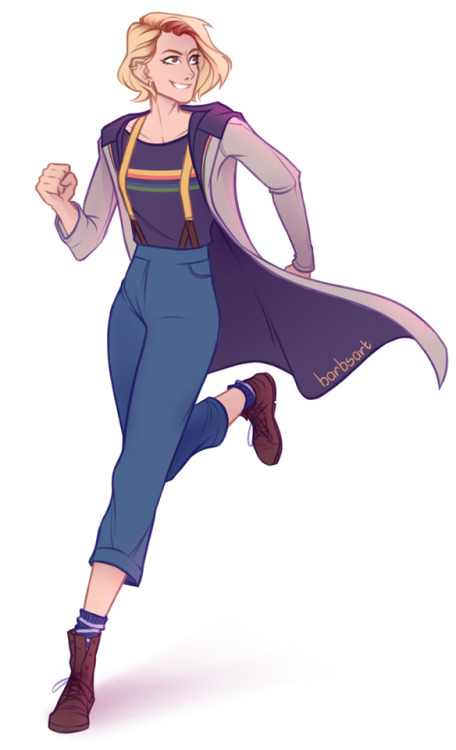 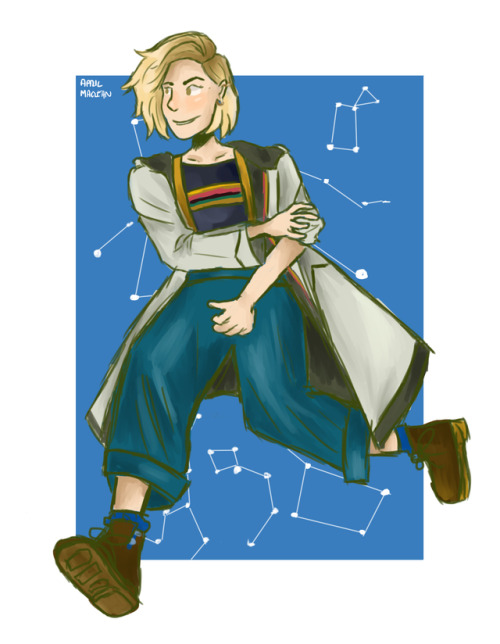 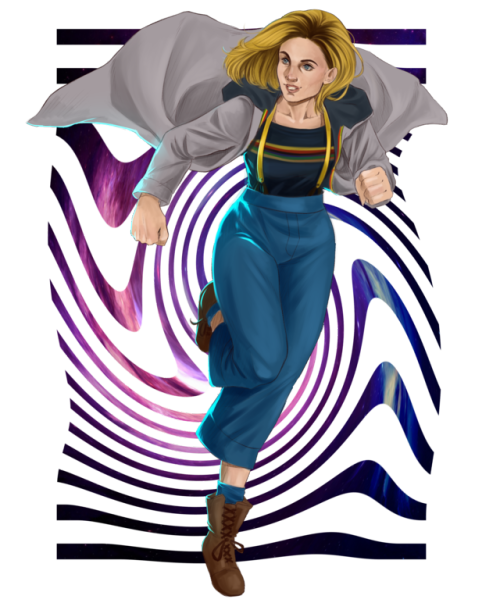 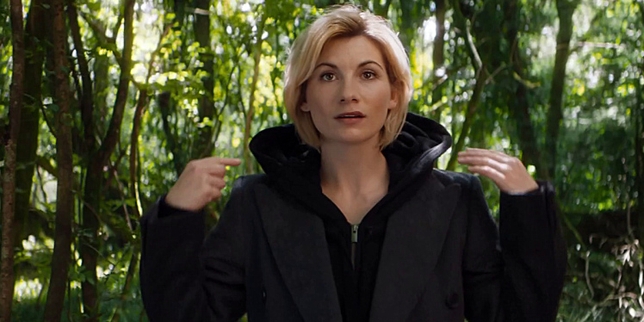 Artist rabbiddog008 captured her as seen in a show promotion in hoodie and long jacket, with a Gallifreyan design background. (This outfit particularly excites me because it’s a cosplay even I might be able to pull off.) 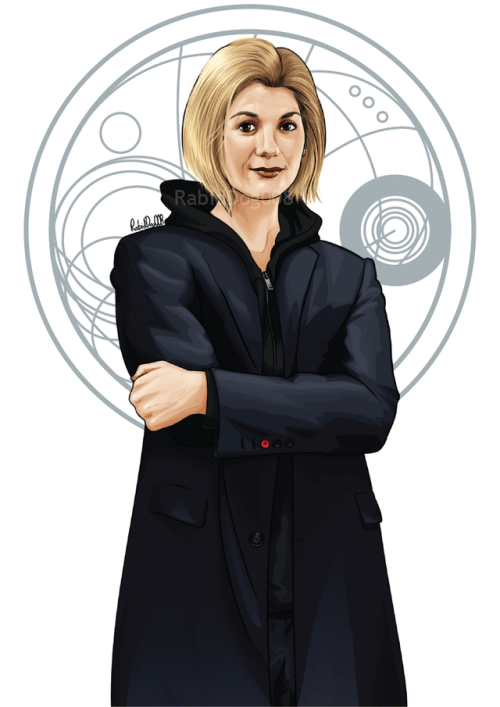 Artist Shani wrote that they fell in love with the Thirteenth Doctor at the moment when she sees her new reflection in the Doctor Who Christmas Special and has this reaction: 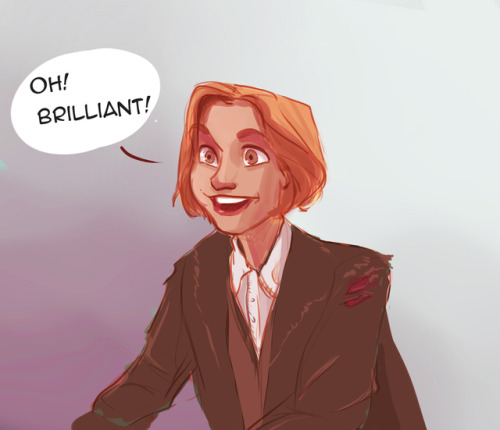 Shani also had fun with imagining some of the Doctor’s possible future outfits—and her evocative style (and pockets!) were noticed by BBCOne. (Frankly, I cannot wait to see all of the cosplays that will result from Whittaker’s Doctor. Hopefully with pockets.) 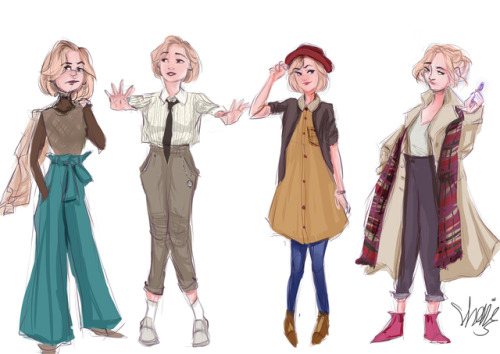 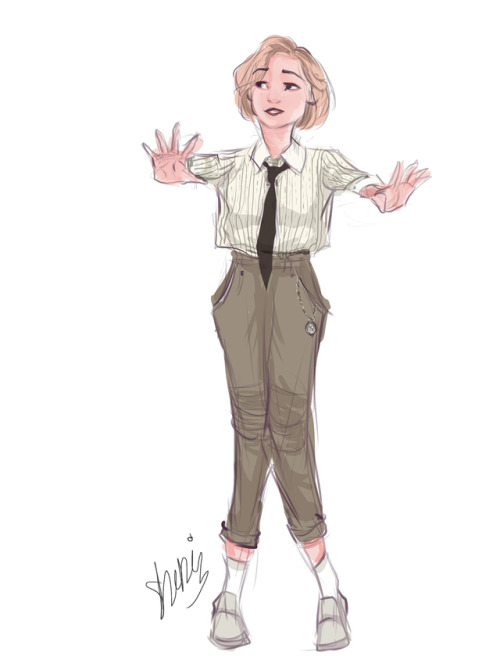 And speaking of high fashion, illustrator Jo titled their fantastic framing of the Doctor’s new outfit “the newest edition of vogue gallifrey is looking good”: 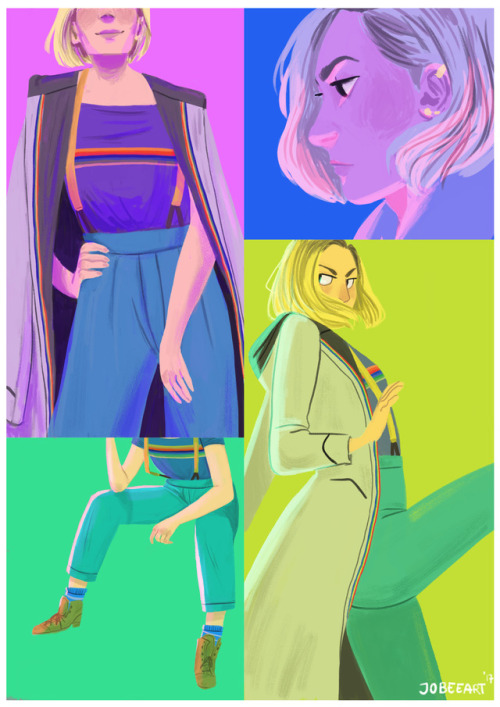 Jo also took Thirteen in another direction entirely, rendering her as part of the Tarot Major Arcana: 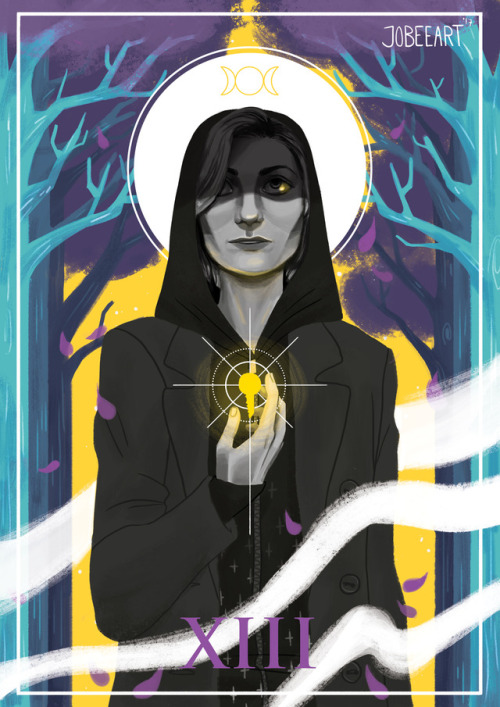 As Jo explains in the image’s description, this card choice is quite fitting where Thirteen is concerned: “The 13th Major Arcana card in a tarot deck is Death, representing the end of a major phase or aspect of someone’s life, and the beginning of something new. Similarly, Death indicates a time of significant transformation, change and transition.”

I don’t think I’m alone in saying that I’d buy an entire Doctor Who-themed Tarot set a little too quickly for my wallet’s liking.

Thanks to these excellently imaginative creators, the Thirteenth Doctor is already alive and kicking (and running!)—and, apparently, cutting a fashionably quirky swath across the universe. I appreciate their hard work and permission to feature their art here, and I can’t wait to see where they take us next.