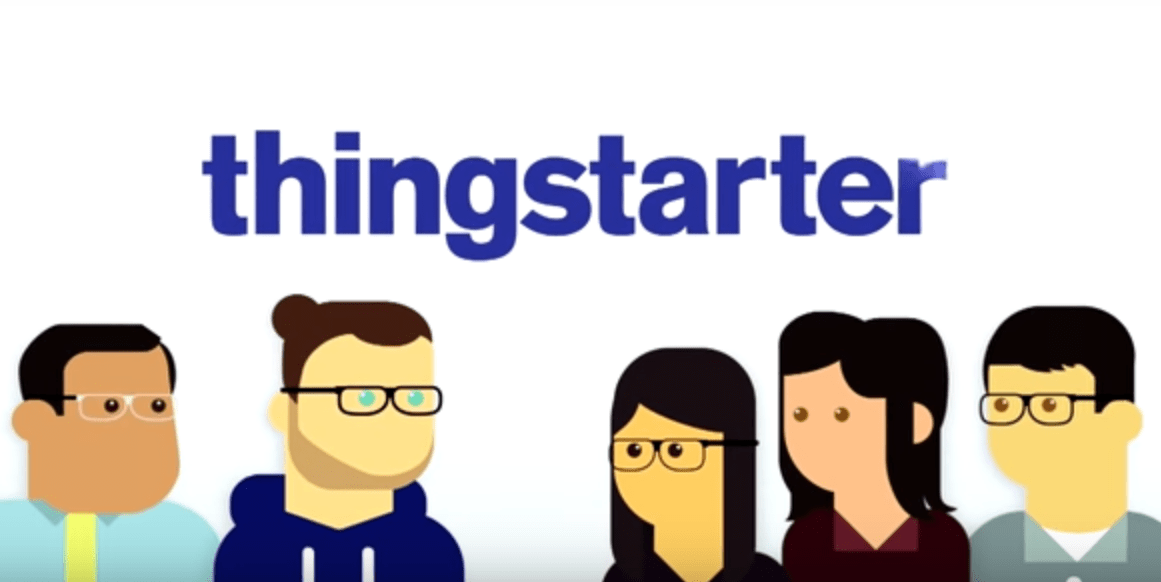 Have you heard of Thingstarter? It started as a one-off webseries and now it’s a sitcom available on NBC’s streaming service Seeso. You need to start watching it right now.

Okay, okay. If you simply insist on reading this before clicking over to Seeso and discovering your new favorite show, here’s a quick rundown of the plot: Thingstarter is presented as a company that allows users to vote on terrible products — a “paleo” bed that is just a pile of dirt, for instance — that are submitted by other users and inventors. The top product each month is produced and, if the focus groups go well, sold.

The workplace comedy is funny in the traditional way that The Office was; there is a mish-mash of characters, each of whom brings a very unique perspective to the oh-so-tech-startup-y open floor plan office. There are plenty of hijinks and unassuming jokes that sneak up on viewers. In a way, it follows the script for what a comedy about work should look like.

Except when it doesn’t.

What makes Thingstarter truly unique is that the creators, the comedy masterminds at Above Average, incorporated real people into the show’s focus group scenes. The inventors and moderators of the focus groups are played by actors who guide them along as they discuss, say, the benefits of an app called iNotRacist that gives players points for doing “not racist” things in real life, like being in an interracial relationship. The people in each focus group have no idea that the product aren’t real and watching them react to the idea of a hyper-racist app whose inventor doesn’t even understand how racist it is or a creepy Jesus figurine meant to sit on the shelf and watch the occupants of a home is where the true hilarity of Thingstarter lies.

Real people are also brought in as product experts for each episode. The iNotRacist episode, for instance, featured a consultation with NYU’s Dr. Michael Funk. The episode about the paleo bed that is really dirt showed the reaction of the man who owns Craig’s Beds. Even better, there are also cameos! Gilbert Gottfried showed up in an episode dedicated to a product called “Just the Hand” to act as a spokesperson for the tiny coffin meant to save space by burying — yep, you guessed it — just the hand of a recently deceased person.

The actors deserve their shine, too, of course. Dan Chamberlain, in particular, is a delight in his role as Justin, the man bun-wearing beacon of positivity who floats through the office offering encouragement and puts all of his faith in the will of the Thingstarter members. Cathryn Mudon as “resident storyteller”/head of marketing, Kim, is also incredible, especially since she’s the one tasked with keeping a straight face and fearlessly leading those focus groups.

If this sounds great —which it is — you can check out the first episode here. Then, head over to Seeso, sign up, and start laughing. Bonus points if you watch while laying in a pile of dirt. Truly, that’s what the Thingstarter team would want.