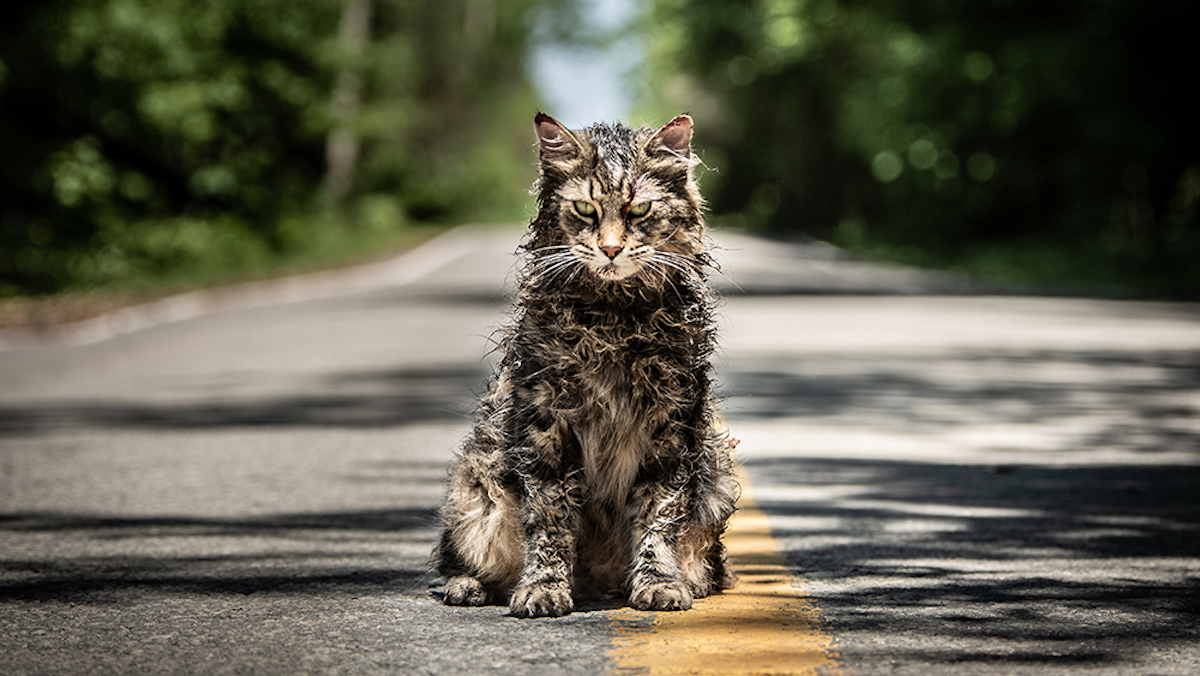 I know that Pet Sematary is, in some sense, a cautionary tale about loving your pets too much. (You might miss them, but sometimes dead is better, we know.) But the only thing getting me through this week’s hellish news cycle is pictures of the actual cat who played Church in the remake, and to be honest, I would risk zombification for this cat. Just look at this beautiful lad!

im too scared to see Pet Sematary I think but I would like to say I support how handsome and big that cat is pic.twitter.com/imheRO04Rk

Look at him! He is purrfection.

Re: PET SEMATARY: I just keep thinking about whose job it was on set every day to dirty up the cat. Like, “oh, yeah, I have to go in early tomorrow, I have to rub some Vaseline and coffee grounds on this cat” pic.twitter.com/MabAchXCYH

He and other fancy movie star cats are now the only thing I care about.

Most of human existence is bad now but I do like that we take cats to red carpets now and sometimes dress them in tiny formal attire. pic.twitter.com/wf6nPnbuGJ

But wait! Leo there wasn’t the only cat to play Church. Meet Tonic!

Apparently, there were five Maine Coons cast to share the role of Church, and all of them were originally shelter cats. By the time the film had wrapped production, all five had found forever homes. The movie’s feline trainer, Melissa Millett, adopted Tonic.

How do you make up a cat? The answer: gradually, and with gunk they can lick off and digest.

For two months, the trainers and a representative from the American Humane Society had what Millett calls “a catnip party” in a dry bathtub, adding one drop of makeup at a time until the cats were comfortable.

Please let me attend a makeup catnip party with these cats. It’s my only dream.