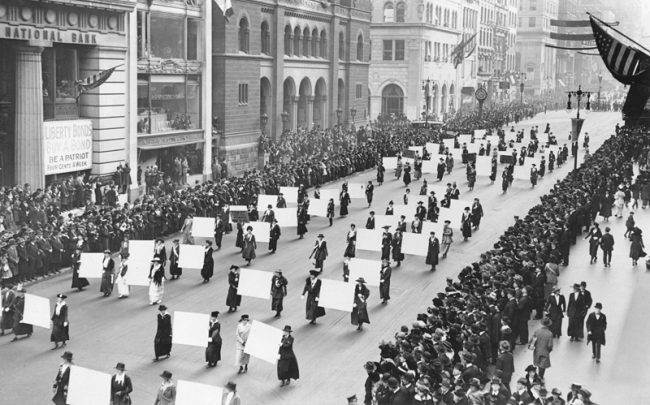 Today is Women’s Equality Day in the United States, celebrated every year on August 26 to commemorate the passage of the Nineteenth Amendment in 1920, which forbade states from denying the vote to anyone on account of their gender. This nominally extended the right to vote to every woman in the U.S., but Native Americans, African-Americans, and other women of color were still frequently denied their right to vote after its passage.

However, the Nineteenth Amendment still led to political enfranchisement for millions of women, including black pioneers like Anna Simms Banks, and it laid the groundwork for women’s greater political participation. It moved us toward a world where women like Hillary Clinton and Shirley Chisholm can run for President; women like Kamala Harris, Elizabeth Warren, and Mazie Hirono can serve in Congress; and women like Ruth Bader Ginsburg, Elena Kagan and Sonia Sotomayor can serve on the Supreme Court.

May the next 100 years of women’s rights move even more rapidly, and more inclusively, than they have in the near-century since the Nineteenth.