Things We Saw Today: Thor: Ragnarok Accidentally Leaks, and Pirates Are Having a Field Day

A Norse God-size mixup let some people download Thor: Ragnarok from iTunes a month before the film was meant to be available.

As you can imagine, once a few folks had their hands on Ragnarok, it wasn’t long before the popular Marvel movie was spreading across the Internet in torrent form like wildfire. While I’m sure Marvel’s copyright people are working overtime, hooked up to caffeine IVs to combat this leaked menace, once something is out on the Internet it’s like a game of whack-a-mole trying to remove it. So the cinema-quality Thor: Ragnarok is now in the wild.

Gamespot has the 411 on how this Hela of a mistake came about:

According to TorrentFreak, thanks to a mix-up between Vudu and iTunes, the new Thor film was offered for download well before its planned February 20 release. How did that happen? In a now-deleted Reddit post, a user claims that after pre-ordering the movie on Vudu, they were given the option to download it on iTunes.

The snafu allegedly comes about due to the user’s accounts being linked together via Movies Anywhere–the service that houses several video outlets under a single app. Somehow the wires between the two providers were crossed, enabling anyone who digitally pre-ordered the movie to access it early.

Many of us will still eagerly be awaiting Ragnarok‘s proper digital release date of February 20th—even more so March 8th, when the DVD/BluRay is released with tons and tons of bonus goodies.

We’ll be getting extras like a gag reel, deleted scenes, a spotlight on “Unstoppable Women” Hela and Valkyrie, and bunch of other featurettes: a look at breakout character Korg, a sketch of the Grandmaster moving in with Thor’s former “roommate” Darryl on Earth, a focus on what they’re calling Thor’s “bromance” with the Hulk—and much more. Hopefully we’ll get to see a lot of director Taika Waititi, who is as charming and entertaining as the movie he made. 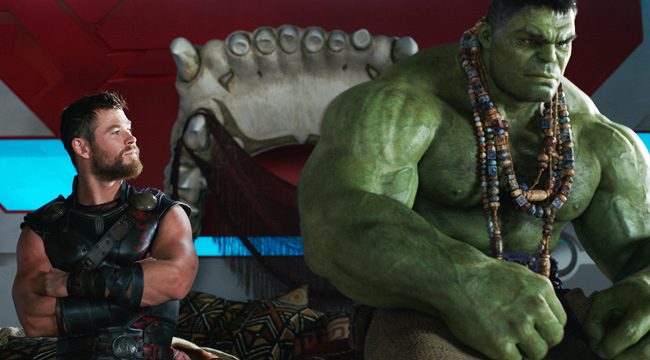 That’s what we’ve got! What did you see today?