Things We Saw Today: Let’s Be Real, We Only Care About Solo for Lando 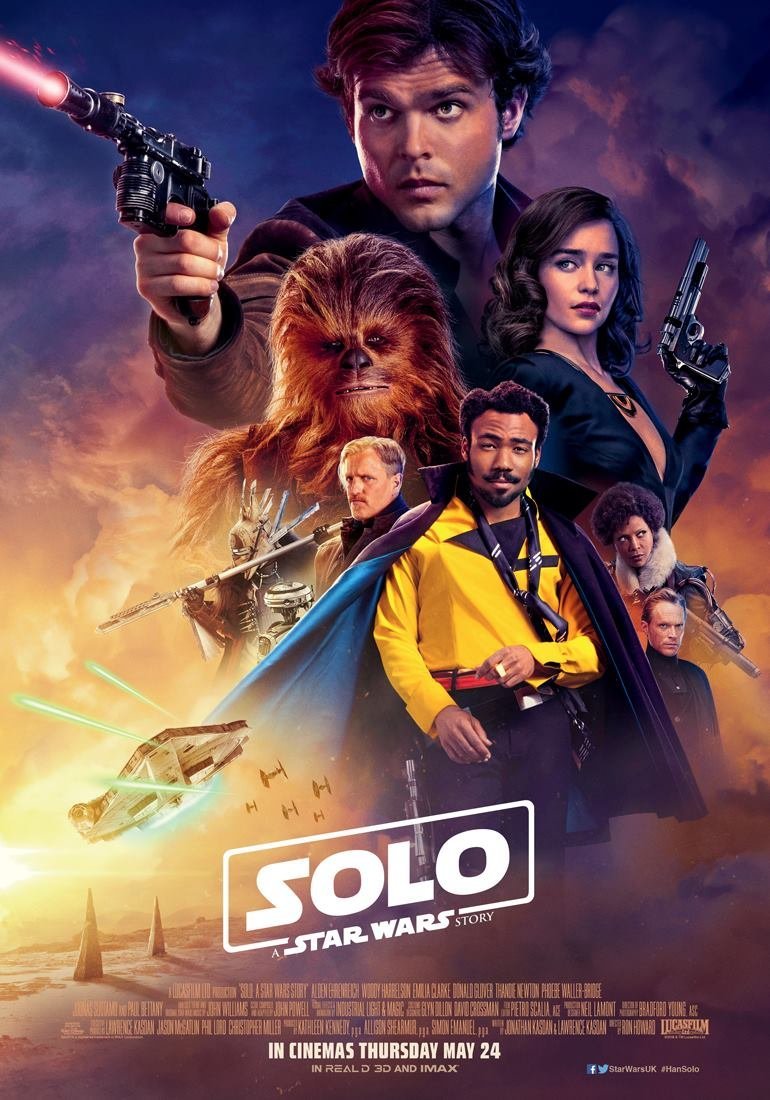 A month before Solo: A Star Wars Story hits theaters, marketing is beginning to ramp up, with star Alden Ehrenreich trying to look as Han Solo-y as possible. But our eyes are only for Donald Glover’s Lando Calrissian.

There’s a new promotional poster out in the U.K. for Solo, and I don’t hate it! It’s colorfully done, everyone pretty much looks like themselves—no airbrushing into oblivion—but, c’mon, your eye travels straight down from Ehrenreich’s careful Han coif to settle on the man in bold, blazing yellow. Yes, Donald Glover’s Lando Calrissian steals this poster just like we’re pretty sure he’s going to steal the whole damn movie.

Comicbook.com has a rundown on some of the issues that have bogged down Solo‘s production and even its marketing, and it’s worth a read if you’re curious about the film. The lack of positive buzz has contributed to many fans feeling lukewarm about the movie, but every glimpse we’ve seen of Glover has been spot-on—and we’ll sit through pretty much anything to see his young Lando in action. They should’ve just saved themselves a lot of trouble and gone with Lando: A Star Wars Story in the first place.