Things We Saw Today: It’s the 30th Anniversary of The Princess Bride? Inconceivable! 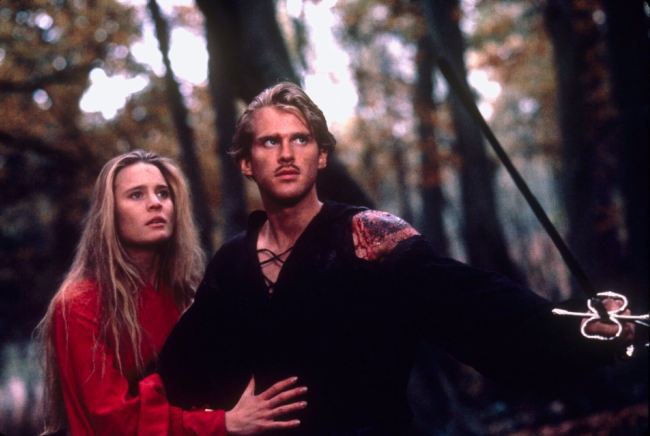 Somehow we’ve reached the pearl anniversary of The Princess Bride movie, arguably one of the best book-to-movie adaptations ever.

With a script written by author William Goldman, Rob Reiner’s The Princess Bride film can’t capture all of the dry humor (and tragedy) of the novel, but it comes close. It also features now-classic turns by Billy Crystal, Carol Kane, Wallace Shawn, Mandy Patinkin, and—you know what?

This whole goddamned cast was absolutely brilliant: the late Andre the Giant as the sweetest Fezzik we can imagine, Chris Sarandon sneering it up as Humperdinck, Christopher Guest’s vicious, six-fingered Count Rugen, Fred Savage and Peter Falk anchoring us in the warm-hearted modern day fairytale retelling. And of course Cary Elwes and Robin Wright, mere babes at the time, as golden couple Westley and Buttercup, fumbling their way to true love with a few rodents of unusual size and other hazards along the way.

The Princess Bride emerged not just as a swashbuckling and touching work of fantasy but perhaps the most quotable and quoted movie this side of Star Wars. There are very few films that I can watch again and again with an equal measure of delight as the first time, but The Princess Bride may be #1 on that list.

What did you see today? Do you need Westley to fetch anything for you?