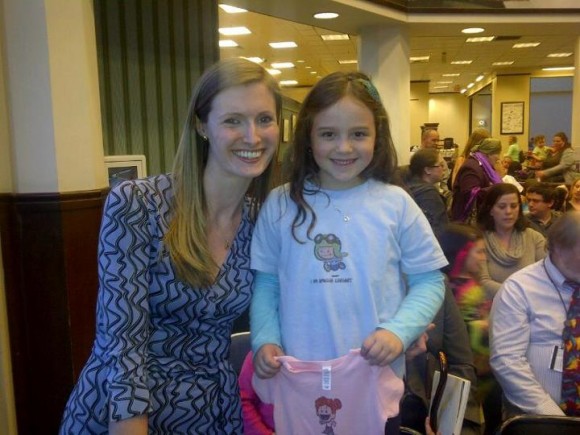 Author Brad Meltzer wrote a book called Heroes For My Daughter, in which he wrote a series of essays about a variety of people including Lucille Ball, Marie Curie, and Christopher Reeve. Above is a picture of Reeve’s daughter, Alexandra, who showed up at a recent signing for the book and read the entry about her father. Are you crying yet? …How about now? (via Brad Meltzer on Facebook via email tipster Anna B.)

This MTV video contains two things that are of importance to Game of Thrones fans: spoilers from the second season’s third episode and our own Jill Pantozzi!

Take that, would-be Springfield residents! (via The Hollywood Reporter) 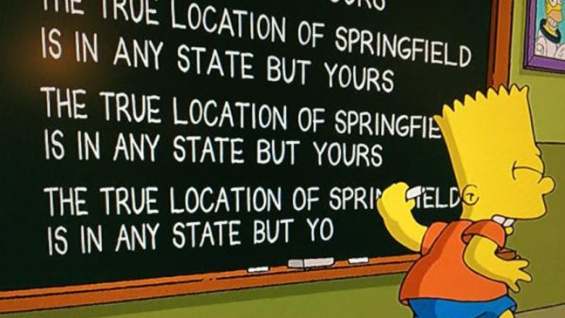 This is not your typical “Girl in the Fireplace” cosplay, which was found at PAX East. There’s a whole story behind it, which you can read at Penny Arcade. (via tipster Lexie) 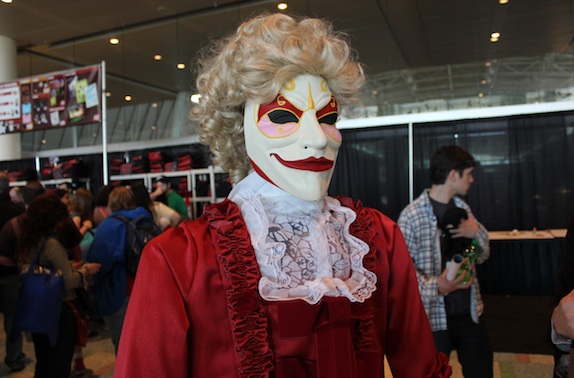 Rachel Deering is currently funding the next five issues of her newest full-length comic, Anathema, with a Kickstarter campaign and has two weeks left to reach her $20,000 goal! Check out the Kickstarter page, where you can see more panels like this one:

Anathema is a six issue limited series horror comic that tells the story of Mercy Barlowe, a tormented young woman with a dark side. She must fight through treacherous lands and unspeakable horrors to reclaim her lover’s soul, which has been stolen by members of a sinister cult, bent on resurrecting a terrible and ancient evil.

When Geeks Wed has a how-to on creating a Rorschach manicure: 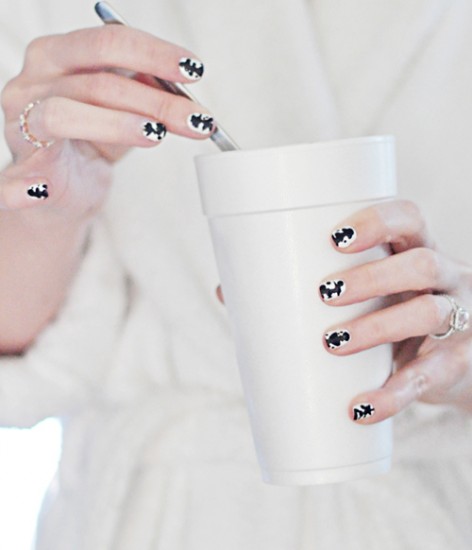 Bill Murray now says that his involvement in Ghostbusters 3 is still a “possibility.” Here’s what I have to say about that: 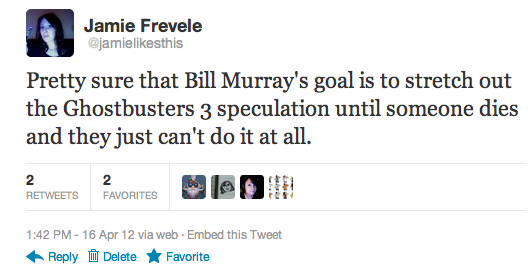 Quit playing games with my heart, Bill Murray. I mean it. (via Blastr)