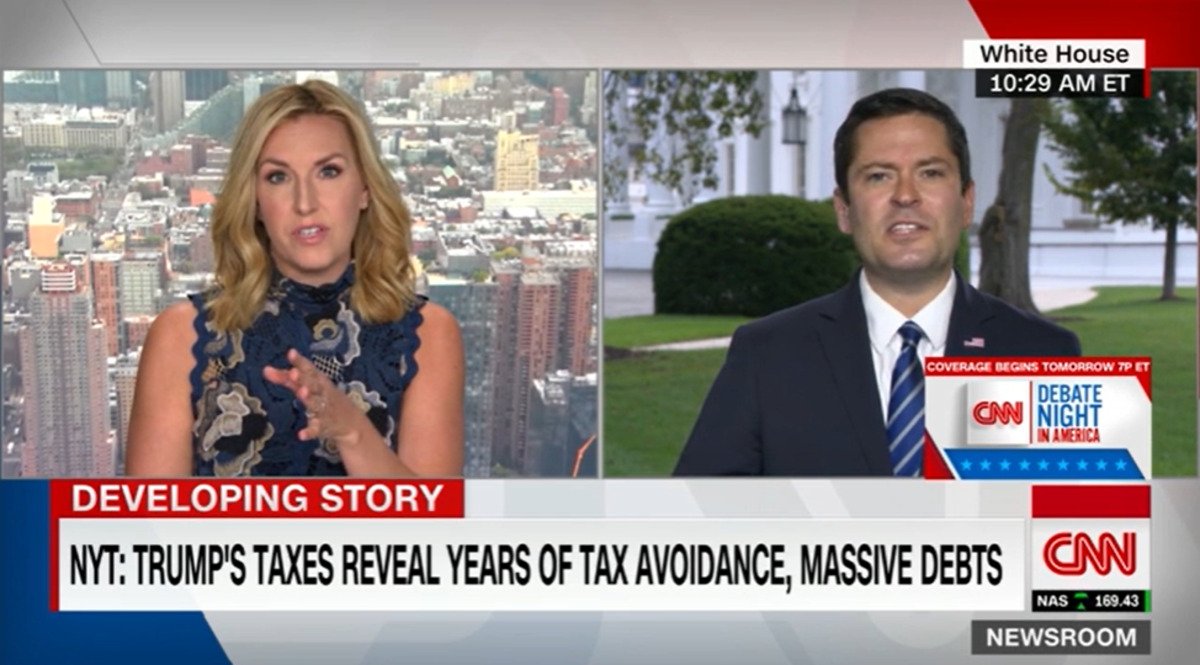 Sometimes it’s just nice to see a Trump official being told to stop avoiding questions and attacking the press. That’s what we got to see today when CNN’s Poppy Harlow sparred with White House Deputy Press Secretary Brian Morgenstern. Morgenstern was one to spin more lies and try to diffuse the situation around the New York Times’ bombshell report about the president’s taxes yesterday.

Harlow repeatedly pressed Morgenstern about how much federal income tax Donald Trump paid in 2017. He would not answer and instead made excuses about what the president’s lawyer had claimed (not that this was a trial, but that’s the definition of hearsay, by the way). He simply could not answer and fell back on the old Trump chestnut of attacking the truth as fake news. He also kept trying to make the interview about Hunter Biden. Harlow wouldn’t allow that.

Watching Harlow tell this jerk that she’s the one who asks the questions? Mmmm. Delicious. So was the twitter reaction after.

Poppy Harlow is not having any of the bullshit from WH Deputy Press Secretary Brian Morganstern.

Poppy Harlow just now, to some trumper trying to filibuster her “BECAUSE I ASK THE QUESTIONS.”

That’s how you do it.

Here are a few other morsels we spotted today:

What did you see today if you managed to look?