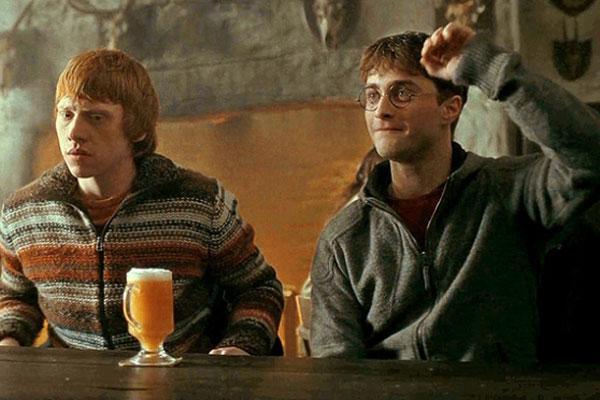 My life is essentially a lie because I’ve never been to The Wizarding World of Harry Potter theme parks and gotten to taste that sweet, sweet butterbeer. But now Yuengling Ice Cream has announced a new flavor fashioned after the frothy magical drink enjoyed by Harry, Ron, Hermione & Co.

The official press release from Yuengling teases the flavor thus:

Once described by J.K. Rowling “a little bit like less sickly butterscotch,” the Yuengling’s Ice Cream take on the flavor will be made from half buttercream ice cream, half butterscotch ice cream, and twisted with a butterscotch swirl. The result is magical decadence that will transport you to another place and time.

OK, I’m down, and this is for sure brilliant marketing—the ice cream’s been mentioned today everywhere from Nerdist to Entertainment Weekly to, well, us—but I’m not clear whether Yuengling has been cleared for this thing.

Butterbeer™ is definitely trademarked up the wazoo. And there’s already an official Butterbeer™ ice cream for sale at Florian Fortescue’s™ at the Harry Potter™ parks. Can Yuengling claim mere butterbeer inspiration, a la fanfiction? A transformative ice cream work? I know I wouldn’t want to take on J.K. Rowling’s lawyers. Dementors are probably less cutthroat.

This is the most unsatisfying video ever made.

Well, that’s all from us, folks. What flavor of Bertie Bott’s Every Flavor Bean™ did you find today?