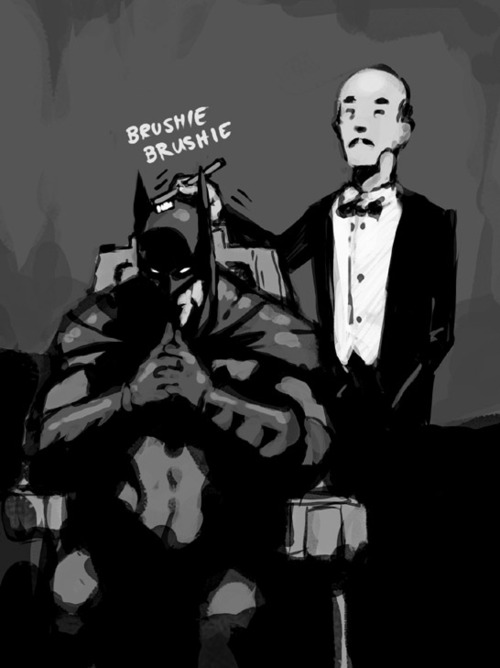 There’s really nothing to say about this picture of Alfred cleaning Batman’s cowl with a toothbrush (while he’s wearing it) except that it made both Susana and myself squeal with delight. That’s gotta mean something, right?  (via LiterateKnits) What other wonders did we find on the internet today?

Donate to the Ada Initiative and get this wonderful Ada Lovelace pendant! “The Ada Initiative is the world’s only non-profit dedicated entirely to increasing women in open technology and culture (open source, Wikipedia, Creative Commons, fan culture, etc.). Founded by Linux kernel file systems hacker Valerie Aurora and computational linguistics grad student Mary Gardiner in early 2011, the Ada Initiative has already made big changes in open technology and culture with projects like the conference anti-harassment policy.” (via BoingBoing) 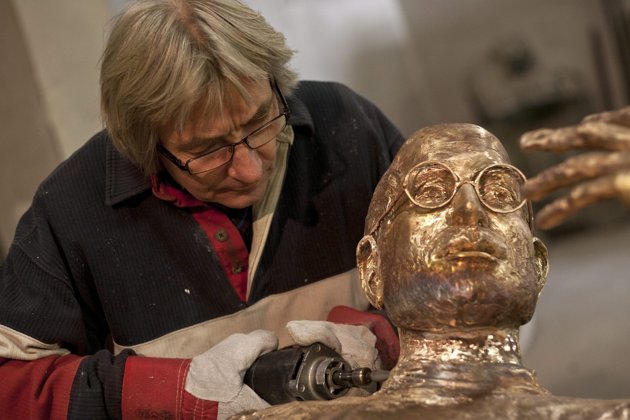 Sculptor Erno Toth has created a bronze statue of the late Steve Jobs for Hungarian software company Graphisoft. The company says they are forever thankful for Jobs’ support of their company while the country was under communist rule. They’ll be unveiling it December 21. (via Yahoo) 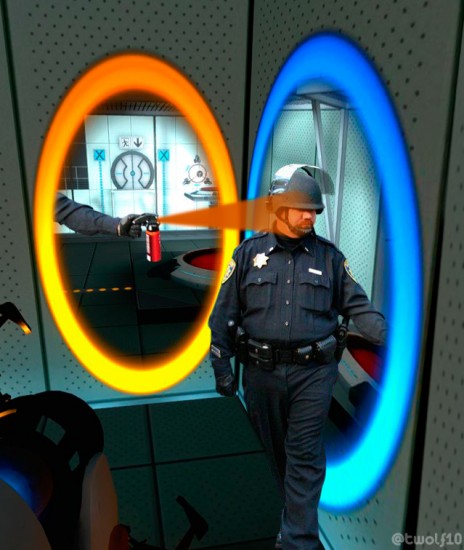