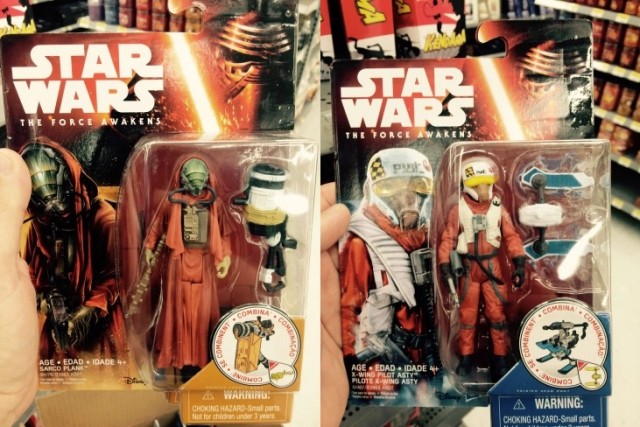 It makes sense that there’d be some stores accidentally breaking street date on Star Wars: The Force Awakens merchandise. With those broken street dates comes information about The Force Awakens, like our two unknown characters here in this photo courtesy of Nerdist. The fellow on the left has been spotted in behind-the-scenes photos before, but the one on the right is as-yet unknown X-Wing pilot, Asty. I guess we’ll find out how they figure into the story soon enough, eh?

Walking Dead has a strong reputation for building moody, atmospheric scenes that involve minor spats of action. That’s kind of the mark of zombie movies in general. That’s why this clip from Fear the Walking Dead seems so neat: it’s got all the tension of a slow-burn plot that keeps you engaged and interested. (via Comic Book Resources)

What cool stuff did you all see today?