And Simon Pegg hates the Star Wars prequels too. 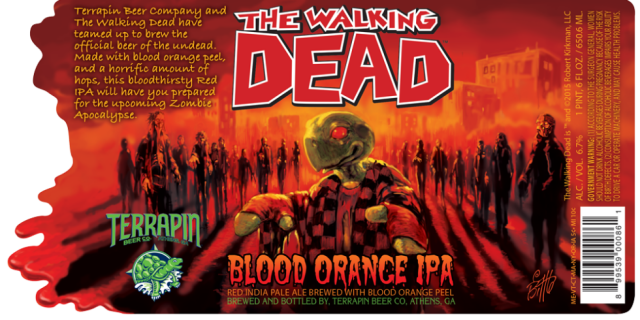 Want to kill some brainsss cells? Well you definitely can with this Walking Dead beer! Apparently this particular brew has a “horrific amount of hops” as well as a taste of blood orange peel. Ya know, to keep to theme and stuff. (via Popular Mechanics, image via Terrapin)

We all rank the Star Wars movies with our friends on the regular, but how often do we get Simon Pegg’s thoughts on this eternal (imperial?) debate? Not often, so we’re going to relish the above video in which Pegg gives his opinions on all six movies in under a minute. (via MTV News)

Oh, and in case you have a holiday Monday like I do, here’s a video of a guy making a lightsaber out of butane gas. But if you do try this in your time off, please stay safe! You don’t want flames on the side of your face like Mrs. White (if you get this reference, we can be friends). (via Laughing Squid)

P.S. – Thanks for a great first solo weekend as Weekend Editor, everyone! See you next week!