Things We Saw Today: Dad Smashes All Of The Taunts In Super Smash Bros.

Show me your moves!

Watching this video reminds you just how many Super Smash Bros. taunt animations involve spinning around and flailing your arms. The best thing about this is that he’s totally a good sport and having fun with it! (via The Daily Dot) 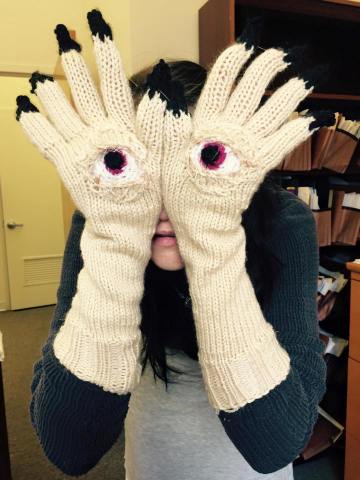 Over on Reddit, user k80k80k80 knit some absolutely creepy yet completely adorable gloves based on the Pale Man from Pan’s Labyrinth. Eye really admire the eye for details. You see what eye did there? Say eye. The eyes have it! EYES! (via Fashionably Geek)

That’s a lot of stuff. What’d you see today?