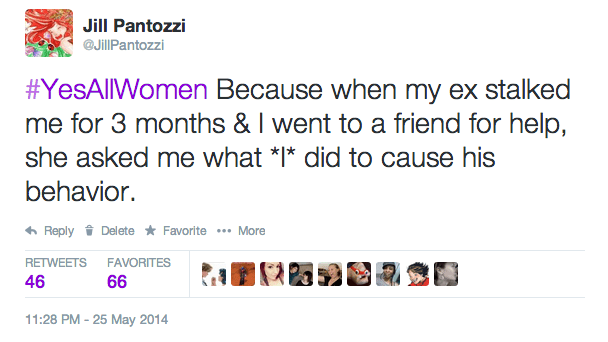 #YesAllWomen rose to trending on Twitter this past weekend after the world learned of a shooting spree on the University of California, Santa Barbara campus. The suspect, now dead, killed six and left behind horrifying video evidence in which he credits his hatred for women as motivation for murder. We’ve collected a few essays and personal declarations made by individuals online in the wake of the news. 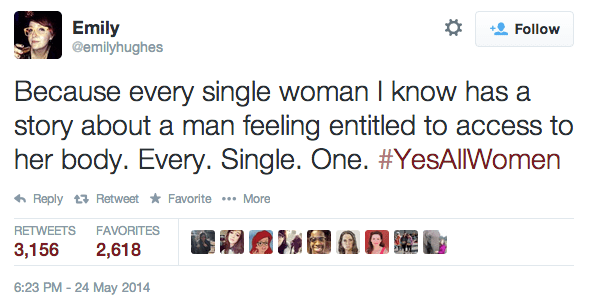 And a parting thought from @albinwonderland… 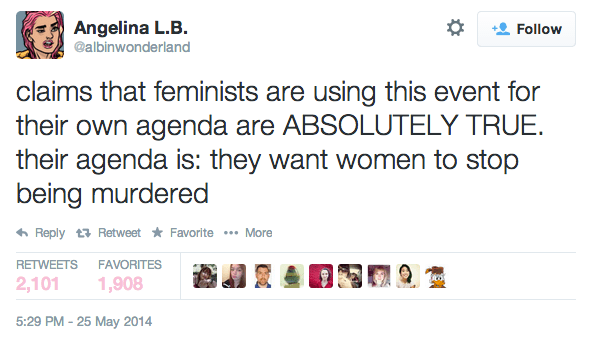