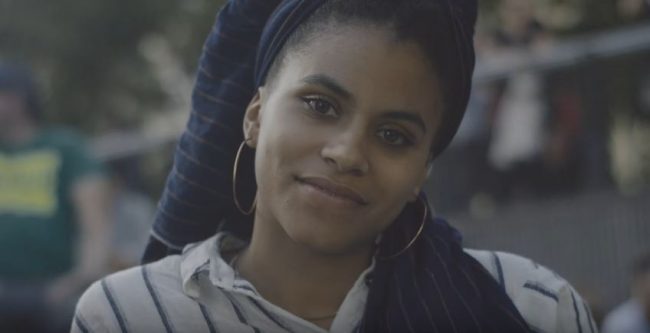 We may not get that Wolverine/Deadpool team up we’d hope for, but something equally awesome this way comes—a black female superhero not named Storm. Not to slight the white-haired mutant (she is my favorite, after all) but 20th Century Fox acts like she’s the only black heroine worthy of the big screen. With that said, it appears that Atlanta star Zazie Beetz has been cast as Domino in the upcoming Deadpool sequel. The announcement came via Ryan Reynolds, who posted an Instagram pic of her name spelled out with dominos. Haha, get it?

In the comics, she’s a probability-altering mutant who is also a member of X-Force. She also dates fellow mutant Cable and appears in a number of  issues of Cable & Deadpool.  It’s nice to see a person of color taking up such a major role, though this does not immediately solve the diversity problem plaguing most superhero films. (via Instagram)

Ep 7 tonight on the CW at 9p! #riverdale pic.twitter.com/kYcLvBU1sc

That’s it on our end. What did you all find?