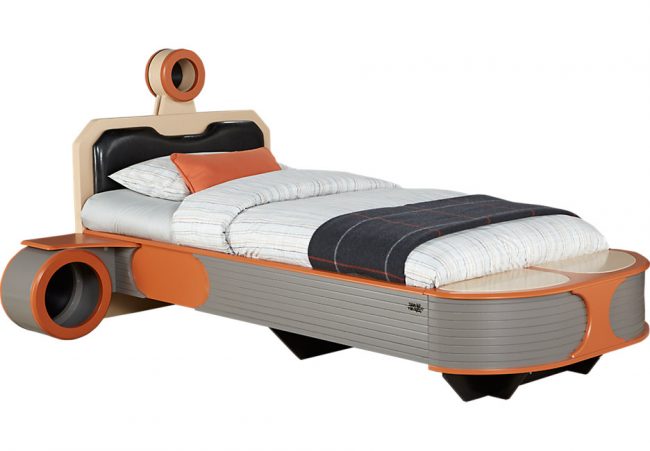 Rooms To Go has a whole line of Star Wars furniture, including this landspeeder bed ($900), a Millennium Falcon bed, an X-Wing double bed ($1200), and a TIE Fighter desk ($400). They’re pricey pieces of furniture, but where else are you going to find a bed that hovers in space? You could build it yourself, I suppose… send us pics, if you do. (via io9)