In addition to the huge drop of both the Suicide Squad and Wonder Woman trailers, Warner Bros. also shared the movie logos for each of the Justice League members. Included are: Cyborg, The Flash, Green Lantern, and Aquaman. Check out the full set over at CBR. 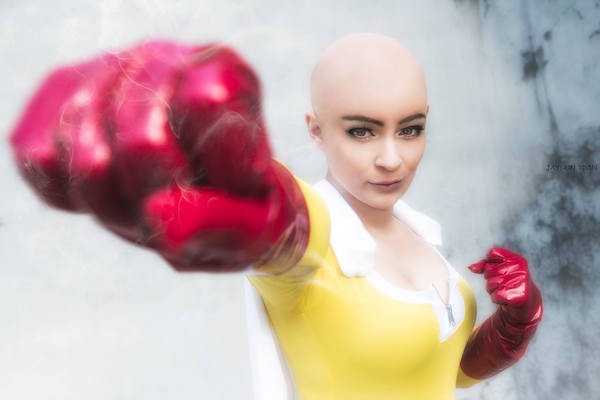 Have you been watching One Punch Man? If so, you might dig this One Punch Woman cosplay featuring the work of cosplayer Anna Lynn. Just look at that detail! (via Fashionably Geek, image via Jayson Tran)

And finally, a Deadpool mashup that you and I both know was bound to happen. Somebody took Deadpool’s lines from the Deadpool red band trailer and mashed it up with his animated Ultimate Spider-Man alter ego. It was a match made in heaven–or hell, depending on who you ask. (via CBR)