Things We Saw Today: These Are Some Cinnamon Toast Crunch Nightmares 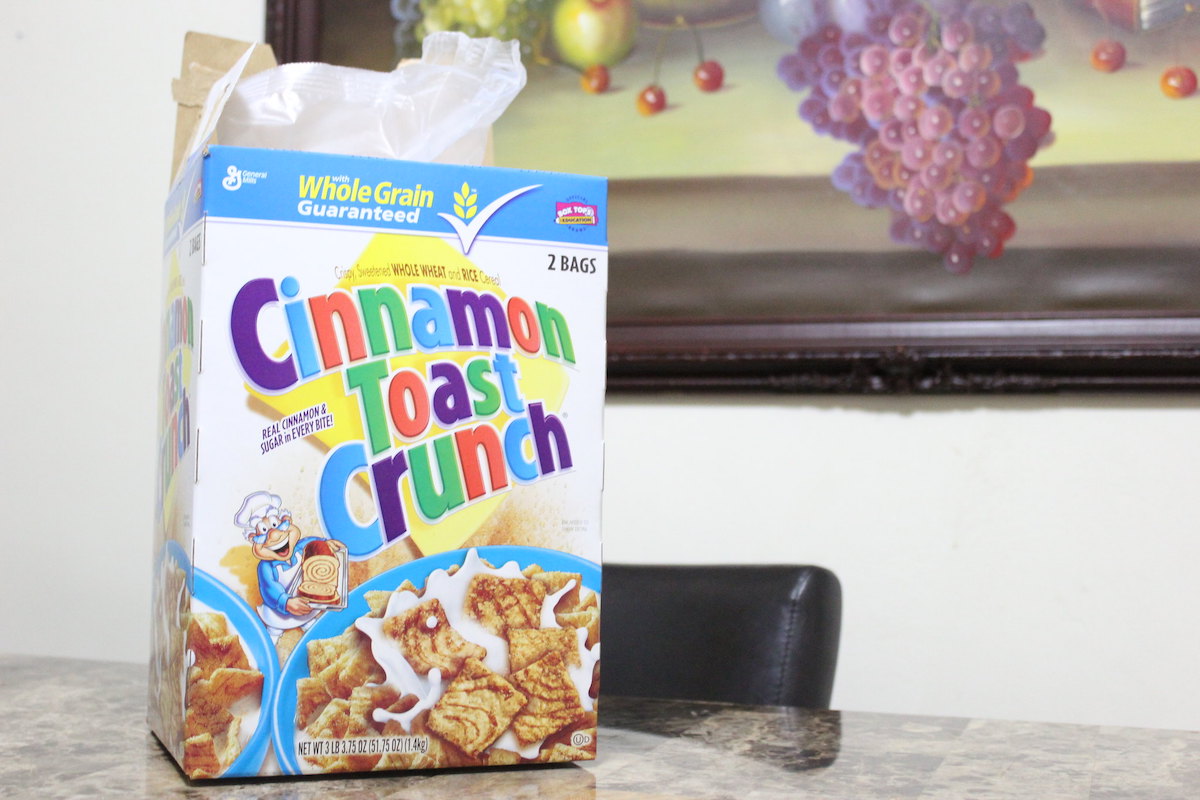 It’s the stuff of nightmares: You sit down for breakfast on a regular Monday morning, pour yourself a big bowl of sugary cereal, only to find shrimp tails scattered through your Cinnamon Toast Crunch. That’s what happened to writer/producer/comedian/lots of other things Jensen Karp yesterday, and he’s been inviting/forcing us all to live his trauma vicariously with him via Twitter.

He first posted about the crustacean interlopers on Monday.

Ummmm @CTCSquares – why are there shrimp tails in my cereal? (This is not a bit) pic.twitter.com/tTjiAdrnVp

That’s super gross (and potentially dangerous if he had had a shellfish allergy, plus this cereal is supposed to be a Kosher food) but it probably wouldn’t have gone mega-viral if the company hadn’t responded by trying to gaslight Karp into thinking those obvious shrimp tails were just clumps of sugar.

Ok, we’ll after further investigation with my eyes, these are cinnamon coated SHRIMP TAILS, you weirdos. I wasn’t all that mad until you now tried to gaslight me? https://t.co/7DmADmoqUt pic.twitter.com/rSLE60pvoy

In addition to the shrimp tails, there were also these strange black bits that seemed to be baked into the cereal.

For real – someone tell me they aren’t like maggots or bugs. Is it shrimp adjacent? (also just found this weird cinnamon covered pea thing?)
I wish this was a joke. pic.twitter.com/7pCs0TJCpv

If you haven’t already checked out of this article, just know that it’s only about to get even grosser. The general consensus seems to be that those black things are rodent droppings and that everything else in the cereal bag was hoarded by the animal.

Karp’s wife—who, by the way, is Danielle Fishel, aka Topanga from Boy Meets World—checked the other bag in the family-pack box and found more items. Even worse, the bag had apparently been taped shut, meaning someone saw this and thought tape was an acceptable solution.

UPDATE: my wife has a stronger stomach than me and checked the OTHER bag in the family pack. This one seems taped up (?) and also appears to include…(I don’t even want to say it)…dental floss. pic.twitter.com/yKPkpx7PWq

By the way, if you saw this and thought, well, at least he caught it before eating any!—that is not the case.

This saga is ongoing but right now, Karp has taken the items to a lab to have them analyzed. The cereal company offered to do DNA testing on the shrimp, but Karp also wanted to have his own tests done, based on how they first reacted to his complaint with gaslighting and claims of sugar clumps.

Should I take MY shrimp tail to a lab? I’m all-in. pic.twitter.com/QCWuqCKgH6

We’re going to a lab pic.twitter.com/utlWpU1k4I

Luckily Karp says he’s feeling ok after eating a bowl of shrimp-and-mysterious-black-things-infested cereal but is clearly (and rightly!) still pissed at the response from the company (which insists this didn’t happen at their facility, baked-in possible rat poop be damned, I guess).

My point is – their initial reaction to shellfish being in the bag was to tell me it was sugar. Not to investigate the issue or look into it. It’s a deadly allergy to many (and non-Kosher) and that didn’t seem to matter beyond offering me a new box.

Thoughts and prayers to Karp, we’ll definitely be following this ordeal to its end.

Update 3/24: The Cinnamon Toast Shrimp guy has been milkshake ducked after a number of his ex-partners have accused him of various forms of emotional abuse on Twitter.

“To save their company, Cinnamon Toast Crunch needs to make cereal classy again, and what’s classier than shrimp?” pic.twitter.com/pXs2RgZh5c

We also saw some other things today:

Shoutout to this teacher that took his Kindergarten class on a virtual field trip to the zoo.

Teachers are SO underpaid. pic.twitter.com/cyj8OCiXnB