History likes to repeat itself. 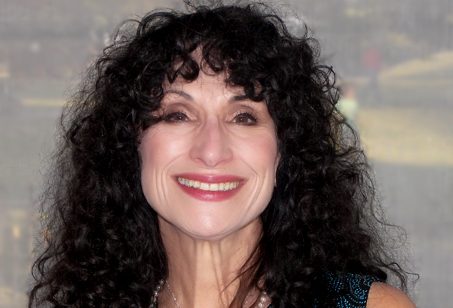 The Zookeeper’s Wife tells the story of Jan and Antonina Żabiński, the brave couple who used their zoo to smuggle 300 Jews from the Warsaw Ghetto in Poland during World War II. The upcoming film is based on the book of the same name by author Diane Ackerman, who first learned of their heroic act while researching horses from their zoo.

“I came to the story through the animals,” she told The Mary Sue. “I had heard that there were these very ancient looking horses running around Poland and I thought it would be fun to look at [them].” A neighbor referred her to an uncle who had been a vet at the zoo before the war, and the uncle remembered that Antonina kept a diary and retrieved it for her. After having it translated, Ackerman realized there was more to the story.

“She was adopting all kinds of unusual animals including raising these rare horses,” she continued. “But also smuggling people out of the Warsaw Ghetto and hiding them at the zoo … That she and her husband risked their lives throughout the war to save about 300 people who were escaping. And at that point, the more I learned about her and how remarkable she was, the more I knew I just had to write about her. ”

The Zookeeper’s Wife: A War Story was first published by W. W. Norton & Company in 2007 and made it onto the New York Times’ non-fiction best-seller list in February of 2008. As a naturalist with a strong affinity for animals, it makes sense for her to not only take on Antonina’s story, but to see some similarities. While discussing their similar compassion and empathy toward living things,  Ackerman describe Antonina’s relationship with animals as “almost mystical,” even calling her an animal whisperer, before noting that this kind of heroism was important to share. 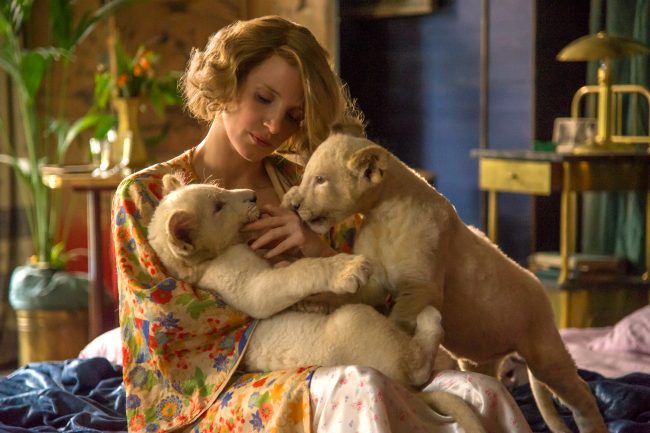 “She risked her life every single day helping these people escape. Not only would she have been killed, her son would have been killed … her family,” Ackerman said, before emphasizing how risky it was. “But she thought that it was the right thing to do. Her form of heroism didn’t involve her going with a gun and shooting anybody or killing anybody. Her form of heroism was trying very hard to help the people who were hiding there survive without being so traumatized that they had no life after the war. She treated them like family and she had a lot of compassion. She was a compassionate hero, and that is the kind of heroism that we don’t hear about very often.”

What we are often hearing about these days is climate change, something that’s also very close to Ackerman’s heart. When asked about whether or not she was concerned for our planet, she had this to say:

“I am very concerned and it’s one of the reasons that the book [and the movie are] so relevant today. The Nazis were planning to drain like 100,000 acres of marshland, rip up the forests, totally change the climate of the planet because they wanted to alter the genes of the planet. They wanted to control the genetic destiny.

And today, we hear so much now from white supremacists. There’s a lot of antisemitism. There is a lot of racism going on, just as there was then. And we tend to forget that this whole business of prejudice like this, and eugenics and trying to breed so-called pure species of humans as well as others, that wasn’t something that Hitler and the Nazis invented. Hitler had in his library books on eugenics from America. It was a very strong movement in the U.S. in the 1880’s and we need to really be aware when there is a resurgence of it. The Zookeeper’s story, Antonina and Jan’s story, is all about how to treat refugees and immigrants..and that’s very much in the news today as well.”

The Zookeeper’s Wife opens on March 31 and stars Jessica Chastain as Antonina, alongside Johan Heldenbergh as her husband, Jan, and Daniel Brühl as friend-turned-Nazi, Lutz Heck.

With regard to what people can take away from the film once they see it, Ackerman concluded that it’s important to never forget the past. “Nazis really were aiming for genetic control of the whole planet and they came frighteningly close to that. And we need to be aware all the time when we see a resurgence of prejudice … of racism … of white supremacy … Any of those things, because we need to be reminded [that] the Nazi era started in that way and became maniacal, gruesome, and really quite horrific. We need to keep our wits about us and make sure that it never happens again.”