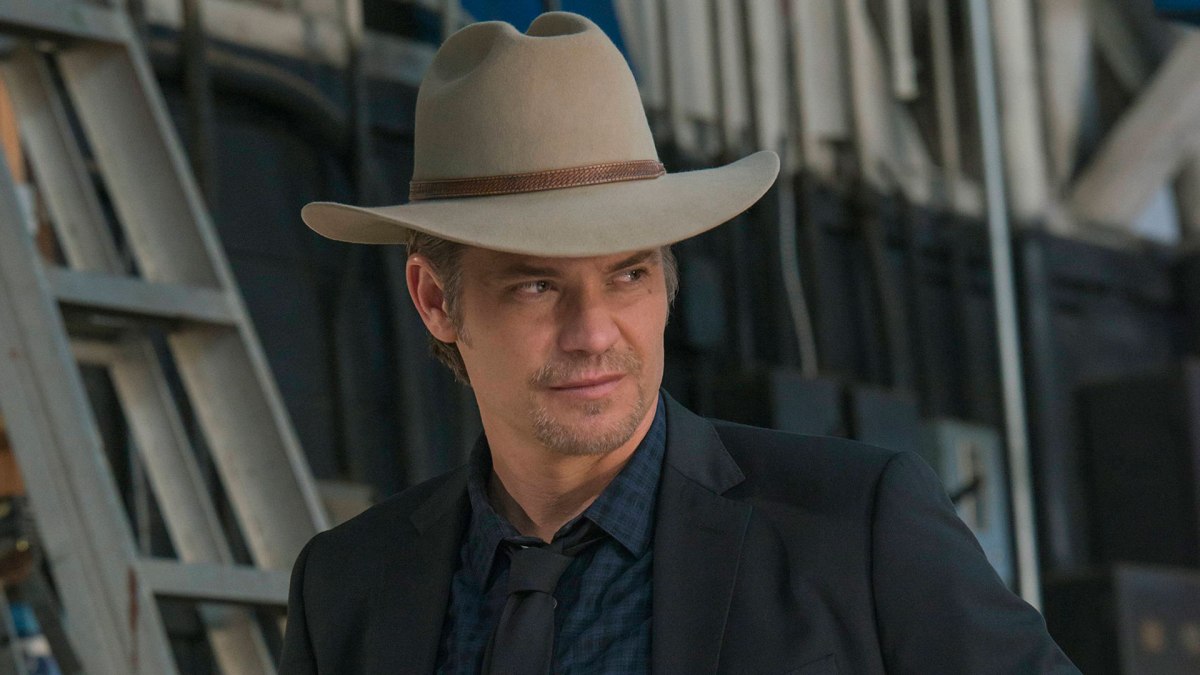 The novel City Primeval: High Noon in Detroit by Elmore Leonard is getting an adaptation from the team behind Justified, and yes, we do need more Timothy Olyphant on our television. Well, maybe we’ll get just that. According to Variety, Olyphant is rumored to be coming to the new show, possibly playing Justified’s Raylan Givens again.

Givens is a Deputy U.S. Marshal on Justified and is part of the Olyphant Marshal Cinematic Universe and sure, yes, would love. (He’s also in the episode of The Mandalorian titled “The Marshal” as Cobb Vanth. I don’t make up the rules, Timothy Olyphant does. Because … like three different marshals make a trend, right? We can’t forget Seth Bullock in Deadwood, either.) It makes sense, too, as Givens is a character from Elmore Leonard’s novels. So … it isn’t far-fetched for Olyphant to return.

According to Variety, a lot of the team behind Justified is returning to the project.

Here’s my feelings on Timothy Olyphant: Yes. Just yes. He’s the kind of actor that we’ve all seen and recognize from different properties but we all have a general love and appreciation for him, and so more Timothy Olyphant in my life is exactly what I want.

Basically, think Maya Rudolph in The Good Place and that’s how a lot of us feel when we see Timothy Olyphant just existing.

Justified ran from 2010-2015 on FX and, again, was just one of those shows where you stop and think about it for too long and are shocked it exists, but also has the perfect sort of weird energy to be a hit. Walton Goggins and Timothy Olyphant together? They’re strange energies that somehow work and so having more of that world given to us with Olyphant is worth it.

If this is the truth, I hope that Olyphant continues to just reprise his old roles. Bring me Joel dealing with his zombie wife. Bring me more Cobb Vanth. Danny Cordry spinoff from The Office when? Anyway, more of Raylan Givens would be nice, so let’s make that rumor a reality!