This Funny Meme for The Witcher Is Actually Tragic 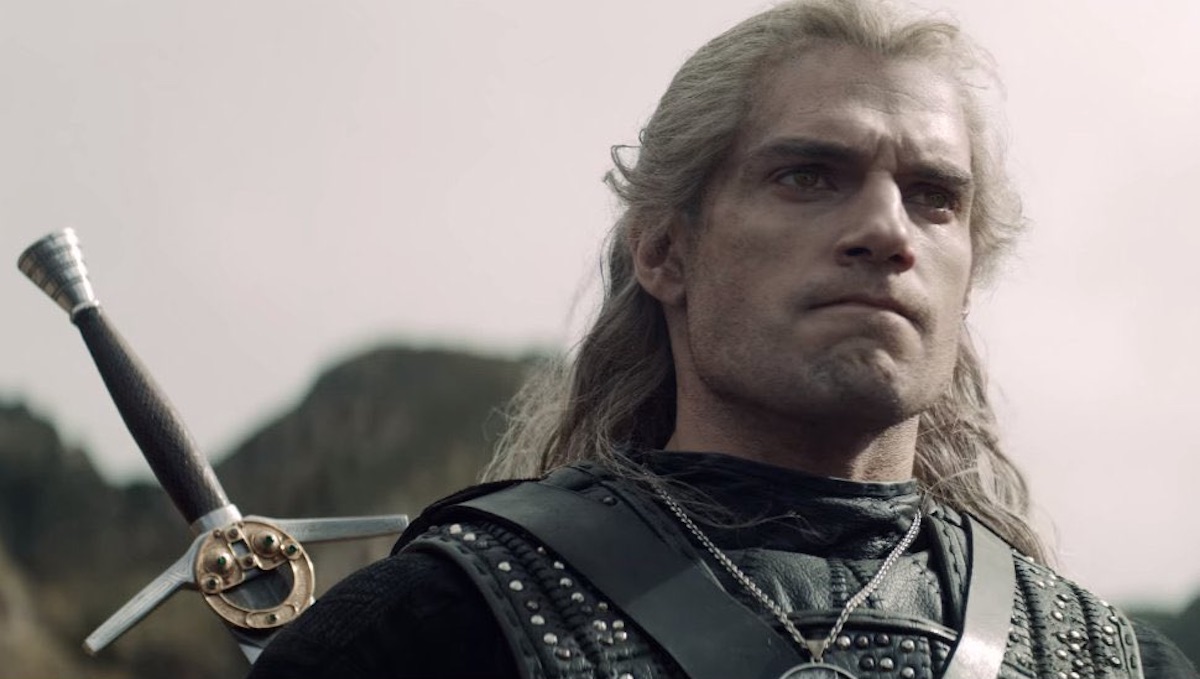 Once you’ve seen it, it’s impossible to unsee Geralt of Rivia’s smiling sword. Its origin, however, is not funny at all.

On Twitter, user @zestylime pointed out that while Henry Cavill’s Geralt might have a scowl on his face a good percentage of the time, his sword looks happy to see everyone. Their post was copied and spread quickly, with hundreds of thousands of likes and retweets. Not only is the grinning weapon objectively hilarious, but contrast it to Geralt’s sour expression, and it’s all the better. Here’s the original Tweet:

The smiley sword is an example of pareidolia—a psychological phenomenon Merriam-Webster defines as “the tendency to perceive a specific, often meaningful image in a random or ambiguous visual pattern.” Humans are particularly good at picking out faces and expressions where there are none; this is why we sometimes see frowning cars, winking buildings or the Virgin Mary on a grilled-cheese sandwich.

It’s most likely a protective evolutionary mechanism. Discovering and processing faces quickly is theorized to be “the result of eons of natural selection favoring people most able to quickly identify the mental state, for example, of threatening people, thus providing the individual an opportunity to flee or attack pre-emptively.” It’s also hard to unsee something of this nature. After you’ve discovered this about Geralt’s sword, you really can’t go back.

While the happy sword on its own is all good fun, like many light-hearted things about The Witcher, there’s also a much darker side. Another sharp-eyed Twitter user pointed out that the beaming face is actually from Renfri’s brooch:

It’s princess Renfri’s brooch that he added to his sword. pic.twitter.com/5Qug2PtcHY

The tragic incident with Renfri (Emma Appleton) kicks off The Witcher‘s first episode and shows us how Geralt of Rivia gained the moniker the Butcher of Blaviken. Geralt is asked by the wizard Stregobor (Lars Mikkelsen, brother of Mads) to kill the marauding Renfri, who’s after Stregobor for his persecution of Renfri in her youth (on account of his paranoid fear regarding so-called “evil” women born under the Black Sun—there’s a lot happening here).

Renfri and Geralt make a romantic connection in the woods, and Renfri tells him she’ll leave of her own accord, but her need to get at Stregobor overwhelms all else. Geralt ends up killing her and her men after he decides that doing so is a lesser evil than potentially letting Renfri kill innocent townspeople in her quest for revenge. Stregobor is awful, and the townspeople fast turn on Geralt for the slaughter, so he likely made a poor decision here—and his regret over Renfri follows him throughout the series. That he affixes her brooch to his sword as an emblem is pretty damned significant. 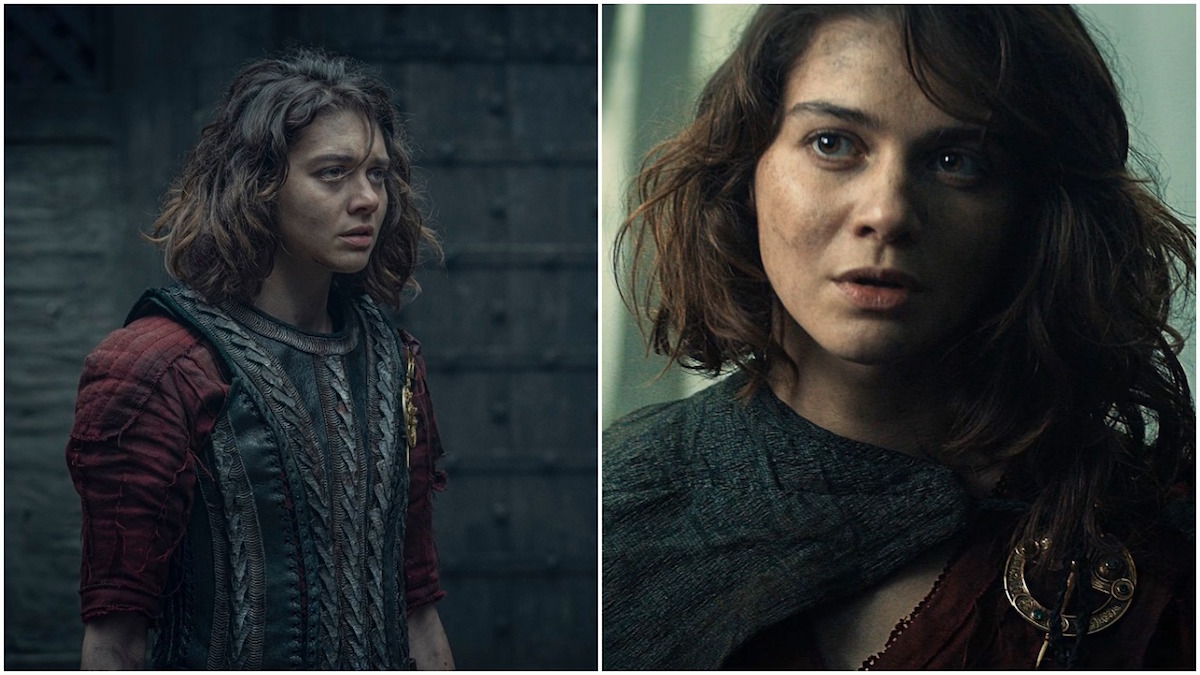 As is common in The Witcher narrative, Renfri’s character is based off a classic fairy tale, rendered even darker than Grimm by author Andrzej Sapkowski. Renfri is essentially Snow White, only the huntsman who’s tasked with taking the princess to the forest to kill her rapes her instead of letting her go. She then avenges herself on those who did her wrong, sometimes utilizing poison apples and some friendly dwarves.

In The Last Wish, the book of linked-together short stories that most of The Witcher’s first season is based on, Stregobor relates how the young Renfri escaped her attacker: “She had dug a brooch-pin into his brain, through his ear, no doubt while his attention was on other matters.” I appreciate Geralt’s response: “If you think I feel sorry for him,” muttered Geralt, “then you’re wrong.”

Stregobor tells Geralt a similar story in the first episode, that Renfri had “jammed her antique brooch into [the huntsman’s] head,” but he leaves out the mitigating circumstances. It’s not an accident that the production team behind the TV show costumes Renfri with a prominent brooch that she always wears. In-world, her history turns the adornment into an open symbol of her empowerment that she has clearly chosen to wear. It’s also a constant reminder of the violence that was done to her. In an improvement on the book’s sequence of events, the show lets Renfri tell Geralt about her assault, instead of having Stregobor do so, and it also has Geralt leave the town with her brooch in hand.

That Geralt affixes the brooch to his sword serves a few different symbolic purposes here. It lets him memorialize Renfri, and reminds him of the consequences of his actions. And in terms of the story’s progression, it echoes something that Renfri (in a vision) tells Geralt, that “the girl in the woods will be with you always.” While we’re supposed to understand that this means Ciri, who’s escaped into the woods elsewhere and is Geralt’s destined child-surprise, it’s poignant that Renfri’s words replay as Geralt walks out of Blaviken. The other girl in the woods—Renfri—will also be with him always, her brooch looking over his shoulder.