With 60,000 Dead the Witch Trials in Europe Were No F*king Joke 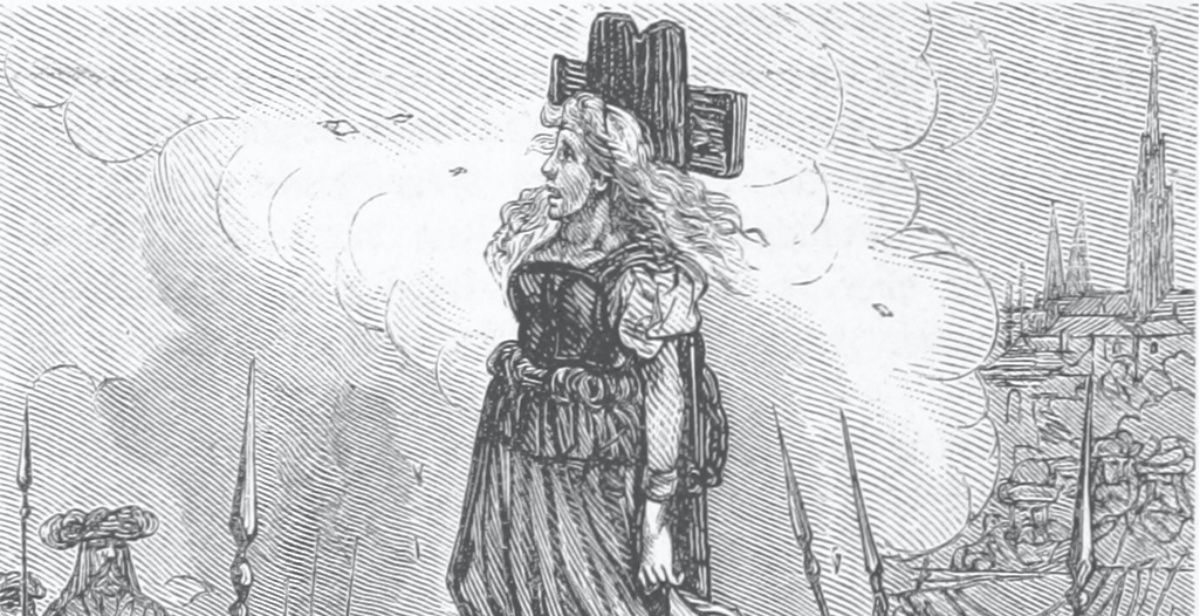 In America, we have a fascination with the Salem Witch Trials. It is a huge part of our history of hysteria and other aspects of the religious fever mixed with capitalistic corruption. However, when it compares to the Witch Trials of Europe, we got nothing on them.

After the publication of the witch-hunting tract Malleus Maleficarum in 1486, the extermination of “witches” was something that contributed to the increasingly brutal prosecution of certain people during the 16th and 17th centuries. At the time of its publication, many top theologians were like “ehhh, this person may be tripping.” But the book became a 15th-century bestseller, outselling everything but the Bible for the next two centuries. And it hugely contributed to the suppression of “witches,” aka mostly women and people who lived outside of the established norms.

According to some estimates, “Between 1400 to 1782, when Switzerland tried and executed Europe’s last supposed witch, between 40,000 and 60,000 people were put to death for witchcraft.” 80% of those put to death were women and people above the age of 40.

Gwynn Guilford writes in Quartz that the German settlement of St Maximin had burned 500 people as witches between when it started in 1572 and the mid-1590s. When the population only had 2,200 residents to begin with, that isn’t just a witch-burning, it’s a massacre. Germany and Switzerland in particular, because that area, especially Germany, became the bloodiest battleground in the Catholic-Protestant wars. Caught in the middle were the most vulnerable populations.

Witches and magic were a part of the world and overall normalized by the common people. For a long time, the Catholic church was hardly supportive of witchcraft, but they didn’t make witch burnings a priority (they were more into inquisitions against plain old heretics). This was mostly because maintaining their centralized power had been easier until the Reformation and the splintering of that power across Europe. As a result, after that, witch burnings became not about protecting people from witches, but about maintaining the Catholic Church’s supremacy.

As Quartz points out, “More than two-thirds of the witch trials and 90% of the religious battles occurred during the Counter-Reformation, when Catholics stepped up their response to legalized Lutheranism between 1550 and 1650.” The rise in persecuting witches makes a terrible kind of sense when considered through the lens of religious competition:

Protestants tended to be much warier of witchery; Luther himself authorized the execution of four accused witches, while Calvin urged Genevan officials to wipe out “the race of witches,” notes Gary Waite, a history professor at the University of New Brunswick, in The Oxford Handbook of Witchcraft in Early Modern Europe and Colonial America. Catholic leaders were getting nervous. They responded with some of the most brutal massacres, St Maximin’s among them. That, in turn, inspired Lutheran authorities to up their witch-hunting game still more.

Witch investigations were time-consuming and expensive. But the payoff could be worth it. After all, what clearer way was there to quantify the fight against Satan than a big bonfire bodycount?

Economists argue that witch hunts declined in the late 17th century thanks to the Peace of Westphalia. That term is the collective name for two peace treaties signed in October 1648 in the Westphalian cities of Osnabrück and Münster. It brought an end to two religious wars including the Thirty Years’ War and brought peace to the Holy Roman Empire. It was a period of European history that killed approximately eight million people. Yet in this part of the world, it’s largely unheard of.

Women, men, and people who lived outside of the margins were killed en mass because of the religious bickering and fear-mongering between Catholics and Protestants. First-wave, second-wave feminism, and socialist feminist movements have long discussed what it meant that the majority of these victims were women. But regardless of the social ills that formed the witch-hunting mania, the reality is that because of male power structures in conflict, women—especially those who dared to toe restrictive gendered lines—were villainized, accused of outlandish crimes, and harmed. I wish we could say that this isn’t something that society still struggles with.