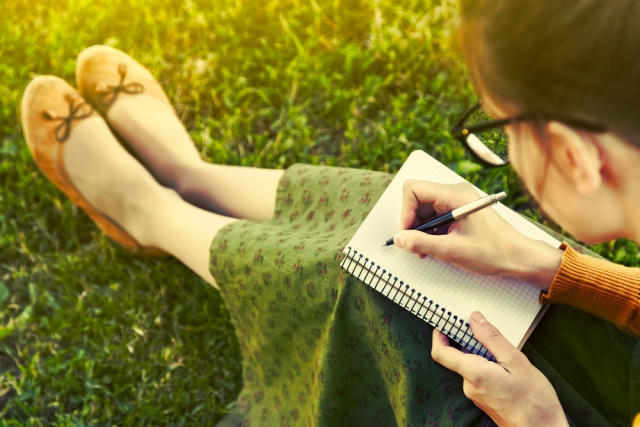 A lot of the hashtags out there right now are addressing important issues like sexual assault (#MeToo), representation in the media (#SWRepMatters) and politics (#IBelieveFrederica). All of these are important, but sometimes it is good to have an escape on the internet that does not remind us of all the battles that still need to be fought.

#WhyIWrite is part of National Day on Writing, so authors, bloggers, and all lovers of the written word have taken to Twitter to express what writing has meant for them. While of course, there are some taking the opportunity to mock the “liberal media,” overwhelmingly it is about people expressing the importance of telling stories.

From the time I was 10 years old, I knew that what I wanted to do was tell stories, and a huge part of that was because it was rare to see people who looked and sounded like me in the books I liked. When I write, I write for that young girl who wanted more than anything to fly with Harry Potter. Also, Math is scary and I don’t care what Cady in Mean Girls said; just because it’s the same in every language doesn’t make it easy!

So why do you write?

how perfect that #WhyIWrite and #SWRepMatters are trending at the same time because one is the answer to the other.

Me No Math Good #WhyIWrite

Because someone feels powerless, another feels voiceless, and yet another needs to know they aren’t alone.

Because it’s fun. Because it’s more productive than shouting at the sky. Because “why” is irrelevant; I just do. #WhyIWrite

Today my students will be listening to Holocaust survivor testimonies and writing reactions to their stories. #whyiwrite @ncte

Because sometimes I don’t know exactly who I am or what I think until it’s on a page. #WhyIWrite

“I write in the hope that someone will realize – yes, they are not alone…” – Junot Díaz, LIGHT THE DARK #whyiwrite https://t.co/YZ29G8faIC pic.twitter.com/En36KR78nK