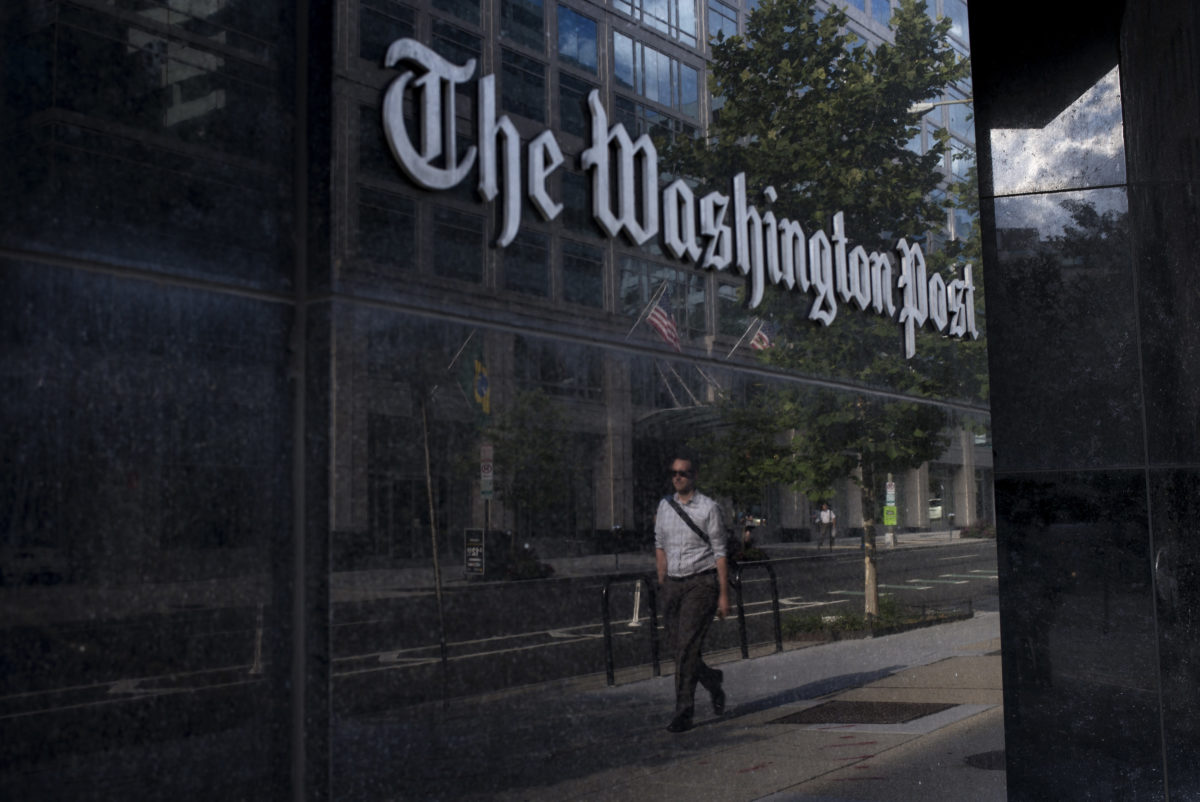 Last Sunday, following the shocking news of NBA legend Kobe Bryant’s death in a private helicopter crash with his daughter and friends, Washington Post journalist Felicia Sonmez tweeted a simple link to a 2016 article from The Daily Beast: Kobe Bryant’s Disturbing Rape Case: The DNA Evidence, the Accuser’s Story, and the Half-Confession. Because of this tweet, Sonmez was harassed, doxxed, threatened—and then her employer suspended her for the tweet.

It is unacceptable that Sonmez was harassed and threatened because she simply posted a link to a news story, and it is frankly horrifying that her employer, rather than supporting her when she felt threatened, suspended her instead. The failure at every turn here to protect women, believe women, and stand up for survivors of sexual assault is staggering.

According to reporting from reporting from The New York Times, Sonmez’s suspension came after an email from the Post’s executive editor, Martin Baron. “Felicia. A real lack of judgment to tweet this. Please stop. You’re hurting this institution by doing this.”

This email, and the suspension, came after Sonmez had received thousands of harassing messages, threats, and had her home address shared. She reported these incidents to the Post and was advised to not stay at her home and to delete the tweets, which she did … but this still did not seem to be enough.

Why was Sonmez, who is a survivor of sexual assault and who has reported on that, suspended and not supported? She made no comment, simply noted a fact: That Kobe Bryant was accused of rape in 2003. Elements of that case, as contained in The Daily Beast article, are chilling and upsetting, and it was not wrong of her to bring them up on Sunday.

But those that would rather venerate the dead and maintain powerful institutions don’t like it when women bring up things like someone famous and revered being accused of sexual assault. As Moira Donegan wrote in The Guardian, this is especially evident in the Bryant case:

In the hours after Bryant’s death, any mention of the rape accusation on social media was met with derision, contempt or calls not to speak ill of the dead. There is a sense that the alleged rape is minor compared with the rest of Bryant’s legacy, that the pain of his young accuser is irrelevant, and should not be debited from Bryant’s moral account.

Sonmez’s suspension prompted an open letter to The Post from Washington Post Guild signed by over 200 other reporters in support of Sonmez. The letter stated,

This is not the first time that The Post has sought to control how Felicia speaks on matters of sexual violence. Felicia herself is a survivor of assault who bravely came forward with her story two years ago. When articles attacking her were published in other outlets, The Post did not release a statement in support of one of its respected political reporters. Instead, management issued a warning letter against Felicia for violating The Post’s vague and inconsistently enforced social media guidelines.

The Post’s handling of this issue shows utter disregard for best practices in supporting survivors of sexual violence — including the practices we use in our own journalism. Assault survivors inside and outside this newsroom deserve treatment that is fair and transparent; that does not blame victims or compromise the safety of survivors.

It seems clear that the Washington Post has a problem when it comes to how it deals with sexual assault reporting and how it supports its journalists.

The death of a public figure is always a complicated time, and it’s even more complicated in the age of social media. What happened to Kobe Bryant and his daughter, and the loss his family and many others endured on Sunday, was tragic and unthinkable. This remains true even as we acknowledge the allegations concerning Bryant and sexual assault.

The veneration of Kobe Bryant before and after his death is troubling for many because it shows how powerful, talented men, despite the progress of #MeToo and acknowledgment of the reality of sexual assault and rape culture, can remain respected and adored. And then, to see someone who spoke up about Bryant’s history harassed and then suspended? What message is this sending to survivors other than telling them their trauma doesn’t matter in the face of a famous man’s legacy?

Sonmez was not the only person who pointed out the accusations against Bryant in the wake of his death. There were many tweets and subsequent pieces (such as Donegan’s piece in The Guardian) that examined this complex issue. But Sonmez was the only one whose employer used the excuse of what sounds like a poorly understood or enforced social media policy to suspend her.

There are no easy answers when it comes to parsing Kobe Bryant’s legacy, but we can’t ignore certain elements of it, no more than we can dismiss the good he did, his talent, or what he meant to his family, friends, and countless fans. It’s a messy, tragic situation all around.

But where there is certainty is this: Those like Felicia Sonmez who spoke up and continue to speak about Bryant and about sexual assault should not be silenced. They should be protected and supported because what they are doing is dangerous, hard, and necessary work.