The Thin Man’s Nick and Nora Charles are Couple Goals 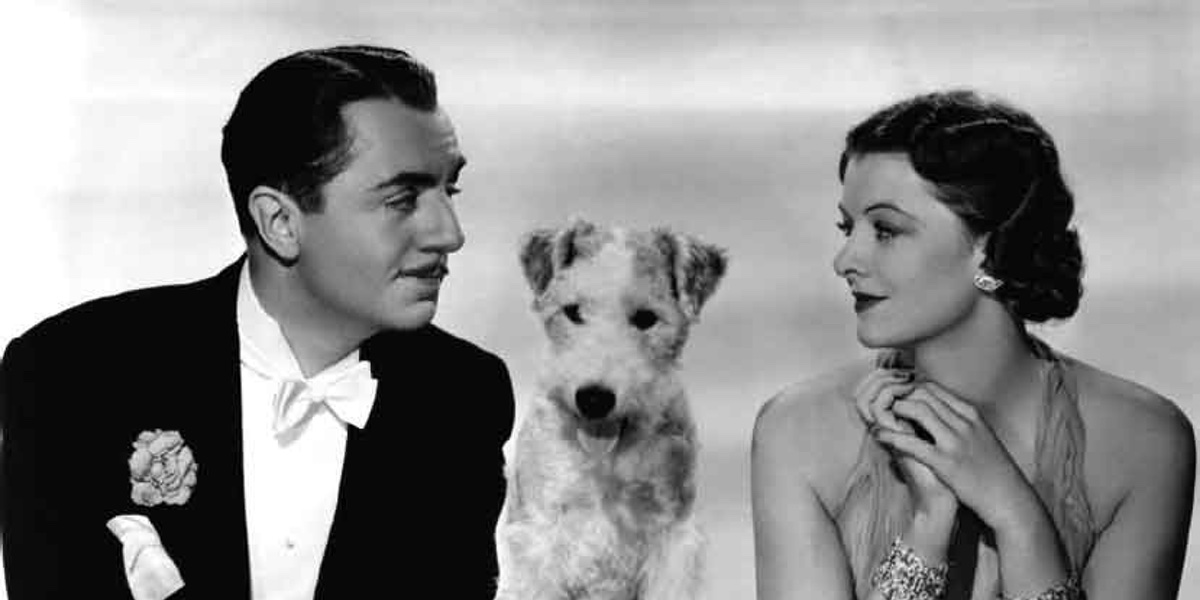 When it comes to Old Hollywood, there are some great couples, but if you’re looking for the couple to really emulate, then you can’t go wrong with Nick and Nora Charles from the Thin Man films. The first franchise, though not a cinematic universe, encompassed six films in total, and in each film Nick and Nora were played perfectly by William Powell and Myrna Loy and in each they remain #goals.

Nick is a former detective who thinks he’s given up his life of crime-solving when he marries wealthy Nora. However, as each film in the series shows, trouble has a way of finding him and Nora. They solve a variety of murders, all while looking good and downing cocktails. They’ve even got an adorable partner in crime in their dog Asta, and their films include supporting turns from everyone from Jimmy Stewart to Donna Reed.

Now, before we go any further, a disclaimer: do not drink as much as Nick and Nora do. Seriously. Those two put away cocktails like no one’s business, and even though I jokingly quote “Waiter, I’d like five more cocktails, and line them up right here” nearly every time I go out with friends, I do not encourage anyone to drink like Nick or Nora do. This article is in praise of their cute couple behavior, rather than their vices.

The best thing about Nick and Nora is that they’re best friends. They bicker and banter, but never in the borderline abusive way that some classic films and comedies used to showcase. They are equals; Nick might be the snappy wise guy with experience, but Nora is no shrinking violet or damsel in distress. She holds her own, snarking back and helping Nick solve the crimes. Towards the third act of each film, she usually winds up playing a more supportive role when Nick pulls a Poirot to solve the case, but up until that scene she’s not just a caregiver.

Powell and Loy have immense comedic chemistry: you feel that Nick and Nora are best friends because of the way they interact with each other. From Nora wrinkling her nose at Nick to express a fond displeasure to the little ways their body language changes around each other, their relationship feels real and couple-y. You genuinely believe that they’ve been married and in love for years.

The rest of the films are hit or miss when it comes to gender, and given that it’s 1930’s Hollywood the less said about the way the films deal with race the better. But Nick and Nora remain timeless in a way. They feel more like a modern day couple with their equal footing and charming banter, and Powell and Loy feel as though they could just as soon take to the screen nowadays and charm audiences all over again.

I am very biased here in that watching the first Thin Man is a holiday tradition for my family; every Christmas, we watch the film and quote our favorite lines. The film isn’t 100% perfect, but Nick and Nora are one of my favorite cinematic couples, and on Valentines Day, it’s always nice to see happily married couples whose stories don’t revolve around hating each other or infidelity, but rather love and companionship. Who doesn’t want to get married to their best friend?