The Supernatural Series Finale Would Have Aired Today, Let’s Imagine What Might Have Been 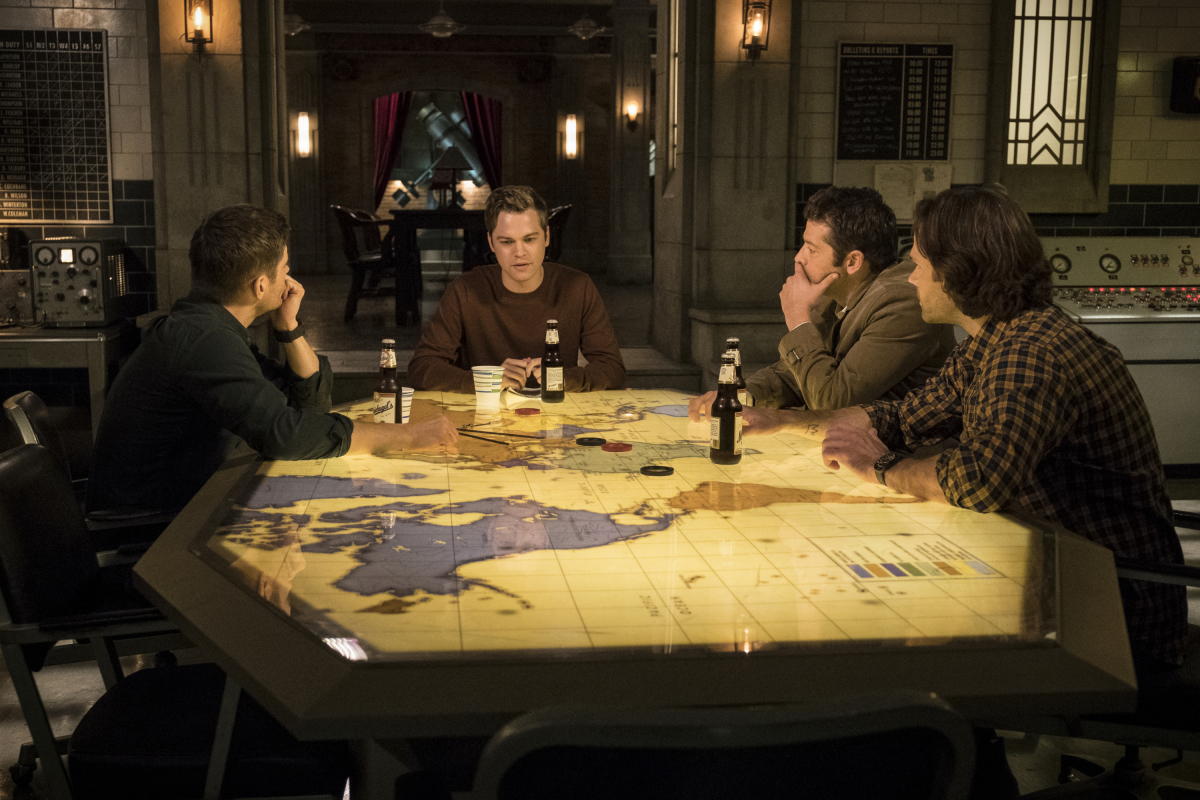 In a normal world, today I would be writing a tearful goodbye to the show that brought me back into fandom, inspired me to thousands of words of fanfiction and more, and remained there as a friend and inspiration through some truly tough years. But that’s not happening, because, like it has ruined everything else, the coronavirus pandemic delayed the end of Supernatural‘s 15th and final season.

In many ways, I’m grateful that today isn’t the end of Supernatural. I don’t think I could handle the emotions of lockdown and the end of this epic journey. But since the series was forced to shut down production with two final episodes left to film, we won’t know where the road ends for the Winchesters until November, at the earliest. I must admit: I’m glad I don’t have to deal with that heartbreak on top of everything. Instead, I can imagine what the finale might be.

It’s hard to speculate how Supernatural will end, given that anything and everything is possible on this show. For all we know, the final confrontation between the Winchesters and God could happen in a crossover with the Smurfs, and it would be entirely fitting with the show. Also, since we don’t know where the show will go in the other six episodes left to air before the finale, we don’t know who will be alive or dead at the very end.

But I think by the end, God himself aka Chuck (Rob Benedict) will be either dead or removed. This also means that Amara (Emily Swallow) will need to be consulted and either play into the final plan or be defeated too. The person to do that is Jack (Alexander Calvert) with some help from Death (Lisa Berry). I can’t imagine how this fight will go down. I’d love to see the final victory be a moral or philosophical one, as in the finale of season eleven, where it’s about the idea and not about the fight. But I’m sure we’ll lose many of the remaining characters we love in the process and that it will hurt a lot before it gets better …

But I know it will get better, somehow, and that the ending will be satisfying, because this is ultimately a show about hope and free will and persistence in the face of terrible odds. I trust the writers and showrunners to understand the series and fandom, and know what it means. There are many ways they could end this, but only one way, in my view that things could get screwed up: if the family at the core of this show ends the series separated.

Here’s the one thing I want to see at the end of Supernatural: Sam (Jared Padalecki), Dean (Jensen Ackles) and Castiel (Misha Collins) together in some way. This is a show about family, and this is the family that defines the show (and yes, that core includes Cas, he’s a Winchester by marriage or profound bond or whatever). I’d love for Jack to be in there too, but I understand that the television gods are, like Chuck, pretty cruel and capricious and I feel like Jack has been set up for a long time as a kind of Jesus figure that will help to reset the world.

I can see an ending where Jack kills Chuck and dies that way too, and maybe even one where Chuck’s other half, Amara, is also extinguished and Dean and Sam become the new God and Darkness ruling the cosmos with Cas by their side. I can also see an end where Chuck is gone and we end up with a world where there is finally balance and the demons and angels and restless souls are all at bay, for a while, and the Winchesters just need to clean things up, so they hit the road and drive off into the sunset. Or they all go to heaven.

All that matters to me is that these guys are together on the same plane of existence when the series ends. Nearly twenty years later I’m still mad about the final episode of Xena: Warrior Princess where Xena stayed dead and Gabrielle lived. No. That’s just … no. I can’t imagine a finale more upsetting and contrary to the ethos of Supernatural to put Sam, Dean, and Cas in a similar place.

Of course, my idea would be that they are all alive, in some form and they were simply together on Earth in some way. I would love it if Sam and Eileen got a happy ending, maybe settling down a little bit while Dean and Cas stayed on the road. It would be a great echo of the first episode of the series for Dean to finally leave Sam in some sort of a normal life, when the promise that he’ll always be back and then climb in the Impala with his trusty angel. But again all I really need is an end where all three are somehow around and the Impala is still there for them to ride into the sunset.

How do you want to see Supernatural end?