The Spidey Project: Yes, This Is How to Do a Spidey Musical 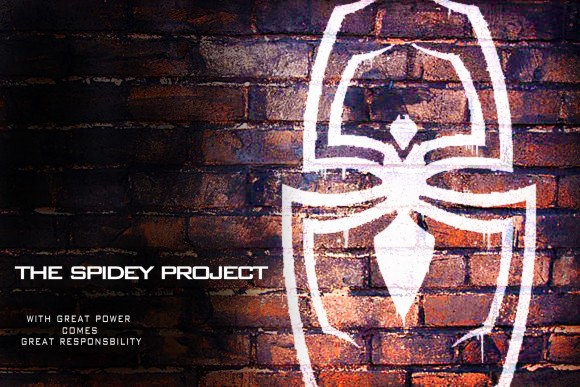 What, exactly, should one expect from a Spider-Man musical? As a fan of Spider-Man, I have to say I was initially rather disheartened to hear that a big-budget Broadway musical based on Spider-Man was being produced, by Julie Taymor of all people, whose work in theater can not exactly be described as “bare bones.” And then Bono and The Edge … yeah, there was that, too. I mean, sure, that one song from Batman Forever was pretty cool (when I was 15), but a whole entire two hours or more of that? Weird. Super, super emo, if I’m being honest.

So, I’m not going to go into how that show turned out (or didn’t). But I will give a one-sentence refresher on Justin Moran‘s The Spidey Project: With Great Power Comes Great Responsibility, which ran last night at the PIT: This is exactly how to take on a Spider-Man musical.

Now, keep in mind that the idea of a Spidey musical is pretty ridiculous all by itself. The last thing we want our hero to do while fighting a variety of crazy villains is break into song. The second to last thing we want to happen is actual bodily harm to the performers. Both of those things happened in Julie Taymor’s musical. Only one of those things happened (song) in Justin Moran’s musical, The Spidey Project: With Great Power Comes Great Responsibility, but it happened the way it should have – with tongue placed firmly in cheek. 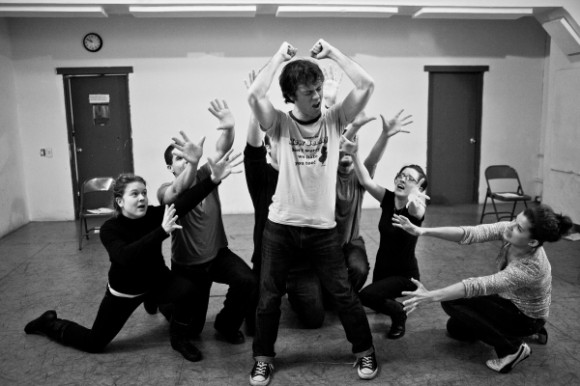 The story is basic – a nerdy Peter Parker decides to start standing up for himself and takes on a hobby as a photographer. While photographing a “Dr. Spiderman” (pronounced “Spidderman”), he is bitten by a radioactive spider and feels pretty awesome about it (even if it might be cancer). Then, his Uncle Ben is murdered (quite graphically, something involving herpes and nipple lacerations, and then the gunshot), and he takes on the responsibility of being Spider-Man. Meanwhile, he is trying to win over Gwen Stacy, who can’t seem to keep the attention of a busy superhero whose Spidey Sense keeps signaling him to go fight crime. And even more troublesome (eh, not really) is Betty Brant, who is either getting weird signals of her own from Peter when he’s at The Daily Bugle (where he works for unabashed sexist J. Jonah Jameson – seriously, would it be Spider-Man without J.J.J.?) or is just kind of hilariously desperate. 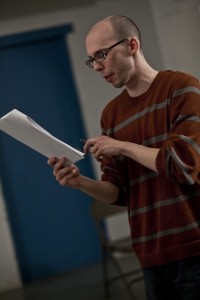 While some storylines aren’t really resolved or developed (like when Flash gives up on Gwen, if Gwen and Peter keep trying to go out, or how all these villains came to be, especially the “big villain,” Chameleon, whose reveal is really, really awesome), BUT –- and this is a very big “BUT” -– The Spidey Project is 1. an hour long, 2. was written in a month, and 3. not really about an elaborate plotline. The Spidey Project exists to mock the existence of a big-budget musical that has overinflated itself so much that it’s a laughing stock. Justin Moran’s goal was to produce an enjoyable, entertaining musical based on Spider-Man for zero dollars. And that’s exactly what he did.

Some professional, hoity-toity theatre critics might have issues with certain elements, but if you’re anything like me and your favorite musicals are Little Shop of Horrors, Rocky Horror Picture Show, and Reefer Madness: The Musical, then there is nothing to complain about. Yeah, the sound could have been better and I was lucky enough to be sitting in the front row so I could hear almost everything, but this was a really kickass show. The actors were all awesome (several played multiple roles seamlessly), their voices were awesome, the five-member orchestra was awesome, the pace and timing were perfect. It was a party. There was a song about Chipotle. I’m not sure if this was a statement on the blatant commercialism of the Theatre District/Times Square or just a song about Chipotle, but it was hilarious and well-performed. Chipotle even got a call-back, which was even more hilarious. Because it’s Chipotle. And there was a freaking song about it.

Moran says in an interview that Turn Off the Dark has come to symbolize what is wrong with theater today. The focus has been turned to the mechanics and trying to out-do itself instead of the characters and the story.

I think more of the theater community would rather go see a Spider-Man musical thinking ‘I wonder how they are going to handle the flying’ instead of thinking ‘Oh, god, I hope that Spider-Man doesn’t fall on me when his harness breaks!’ 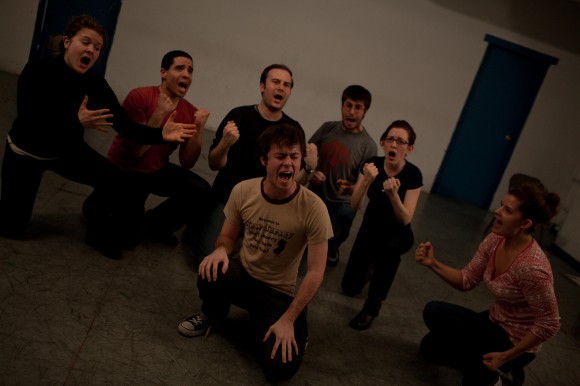 While the story itself was very, very straightforward, there is no doubt that much more focus was put on the performances and the writing. As I mentioned, everyone was a great musical performer. But everyone was also a really great comedic actor with impeccable timing. A zero-budget comedy musical doesn’t allow for elaborate costumes, so it was really a matter of the cast changing shirts (which is exactly how most low/no-budget sketch and improv shows are done) and asking the audience to join them on their wacky journey through the origin of Spider-Man. And since this production had no illusions about the production they were putting on, we wanted to join them. Like I said, this was a party.

Oh, and I haven’t mentioned the stunty action scenes. The fight scenes were brilliantly choreographed and executed, almost as if they were going out of their way not to cause the bodily harm TOtD has become famous for. And if you’re wondering if Spidey flies from building to building, he does. And he does not end up with a concussion, nor does he find himself dangling above the audience for way too long. (Actually, he never leaves the ground. But when you consider the scary harness horror of TOtD …) An entire scene of fights would have been awesome, but then again, the fight scenes we did get were just the right amount of awesome by themselves. You know when a movie uses just enough CGI to effectively convince us of something, rather than disguise any remaining shreds of reality? That’s how the fight scenes were. That’s how I imagine TOtD’s fight scenes were not. I kind of want to say that Julie Taymor has become the Michael Bay of Broadway while Justin Moran is the Edgar Wright of independent theater.

It’s super sad that this production only lasted one night. Because this is the Spidey musical that everyone would love. (Without having to pray for their own safety.) 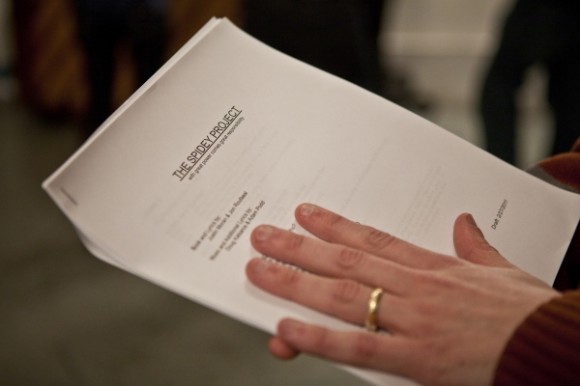 Special thanks to Farrah Crane and Meredtih Hackman at The PIT!

Photos courtesy of Justin Moran and The Spidey Project.