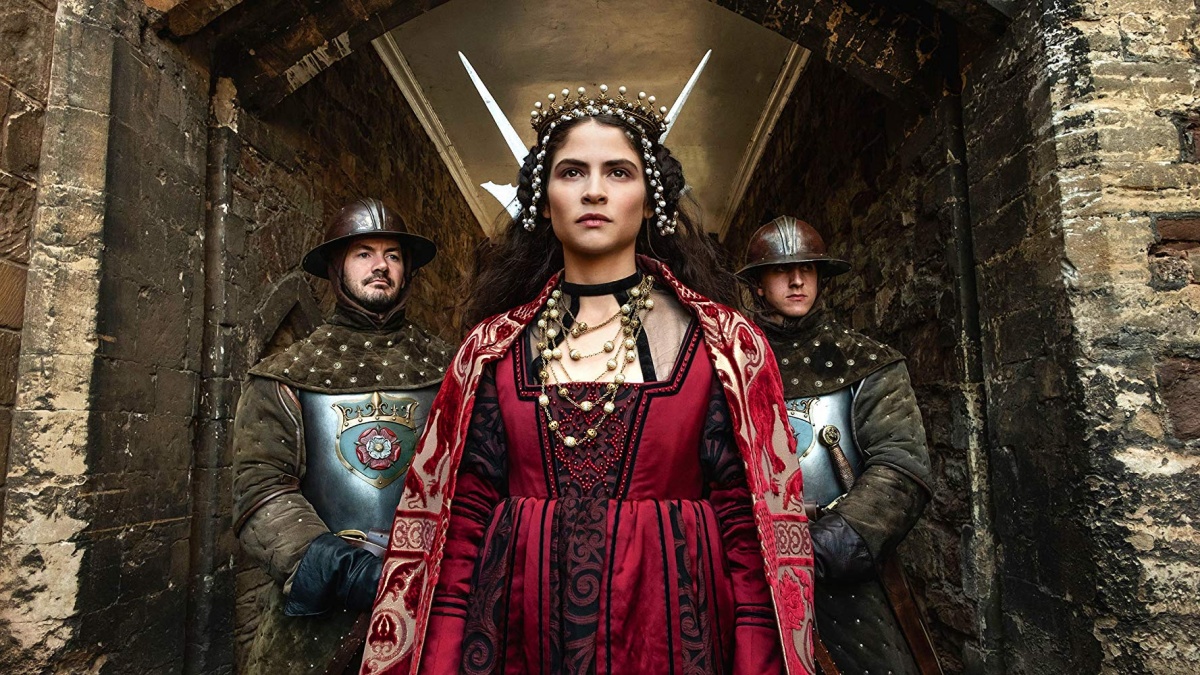 When the trailer for episode six of The Spanish Princess came out, I was excited because it was about to tackle one of Spain’s most infamous female monarchs, Joanna of Castile, who became known to history as “Joanna the Mad.”

In episode six we meet Joanna of Castile, played by the gorgeous Alba Galocha. Catherine, now engaged to Prince Henry, needs her sister Joanna’s help to attain a dowery that will allow the marriage to go forward. However, as Catherine reunites with her elder sister, a lot of things begin to unravel. Joanna’s husband Philip of Flanders is a cheating, lying, manipulative asshole who wants to cheat his wife out of her throne and rule instead of her. Joanna tells Catherine that when they were in Flanders he would have her locked away so he could carry out his affairs.

Meanwhile, Joanna’s acts of visible outrage and disapproval are treated as signs of her “madness.” She is also especially curt with Catherine and accuses her of being willfully ignorant of their mother’s abusive treatment of Joanna. Joanna explains that when she was younger her mother would hang her from hooks with weights on her feet to punish her for not believing in God.

This is all, according to the historical evidence we have, true.

Joanna was the third child of Isabella I of Castile and Ferdinand II of Aragon. After the deaths of her brother, John, her elder sister Isabella in 1498, and her nephew Miguel in 1500, Joanna became the heir presumptive to the crowns of Castile and Aragon through her mother and father. However, due to the actions of her husband, father, and son, she was gaslit into submission and had her mental illness used against her.

Joanna was never raised to be a ruler, but she was described as being clever, diligent and overall an excellent student. However, she began to show signs of religious skepticism when she around sixteen years old. Seeing as her mother, Isabella, was behind the Spanish Inquisition, there was no room for a daughter of Spain to be agnostic and therefore the lack of devotion became something that needed correction.

In letters that survive, a punishment known as “La cuerda” is described that is similar to what was mentioned in the episode, of being hung with weights on your feet, something that could be fatal. Joanna refused to confess her “sins” and developed a deep fear of her mother. When she was seventeen Joanna was married to Philip of Flanders, and they ended up having six children.

When Isabella died, both Phillip and Ferdinand wanted to get control of Joanna. They both printed coins depicting themselves with Joanna. Ferdinand’s said “Ferdinand and Joanna, King and Queen of Castile, León and Aragon” and Phillip’s said “Philip and Joanna, King and Queen of Castile, Léon and Archdukes of Austria, etc.” What did Joanna want? Didn’t matter because she’d been dubbed “crazy” at this time.

Joanna, as mentioned before, was considered very intelligent, and signs of mental illness did not start until after she was married. Wow. Wonder what happened there? Was it her husband having multiple affairs and flaunting it her face maybe? Some historians have said she could have suffered anything from melancholia to schizophrenia, which if it existed was aggravated due to her constant forced confinement.

Even her own son, Charles I, in order to secure his own rule, had his mother confined for the rest of her life in castle (which I know doesn’t sound that bad), but she became convinced the nuns were trying to kill her and she slowly deteriorated until she couldn’t eat, sleep, bathe, or change her clothes.

She died at 75, having spent over thirty years in confinement.

While serving as an antagonistic figure in the episode, The Spanish Princess does show that Joanna was someone in history who was severely gaslit and mistreated, forced by the men in her life to submit to their will even when as Queen Regent she should have had all the power. In the episode, she tells Catherine, “marriage is a trap.” Elizabeth I heard that in the spirit world.

Despite the historical inaccuracies, what the Starz series has done is make some people look at historical figures in a different way, especially when we usually only see one side to them.