The Slash Ships of The Decade | The Mary Sue

The Slash Ships of The Decade 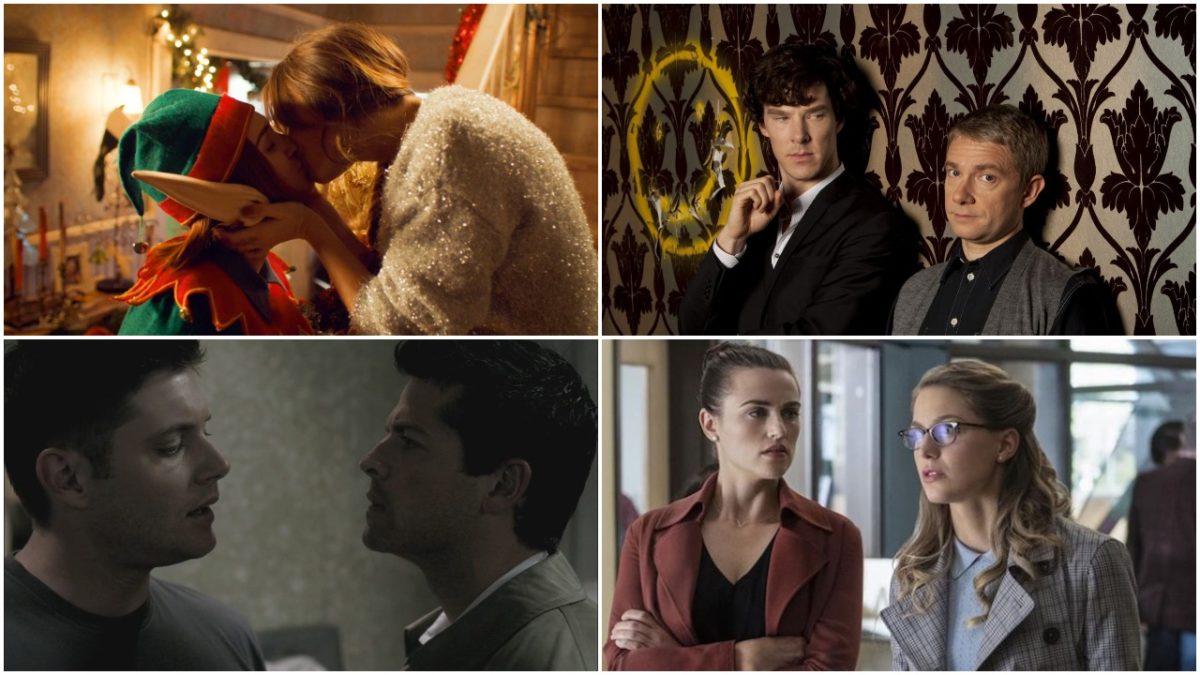 Ten years. Ten (ish) ships. Endless amounts of tears, fluff, angst, and horniness: These are our ships of the decade. It seems impossible to sum up all the important ships of the decade, and just as foolish to try and rank the many and varied great slash ships out there but, heck, we’re gonna try.

First off: The parameters. We’re only going with fictional people here, therefore no real person ships – be it actors or YouTubes or band members – will be included here. We know they’re popular. We know you love them. But it’s not an area we feel informed enough on to include here. This also, sadly I know, goes for anime AND animation. We’re mainly trying to stick to genre. (If you want to contribute a list to fill these voids, let us know!)

Secondly: We’re talking slash here but not exclusively male/male because that’s sexist and there are some great femslash ships out there and some of them are actually canon. The order of these rankings is not based exclusively on canon, though how the canon handled or failed to handle these ships certainly figures in, it more about the evolution of slash and shipping over the decade. It’s all about who we most wanted to smooch or enjoyed their smooching but also the larger influence that had on fandom. 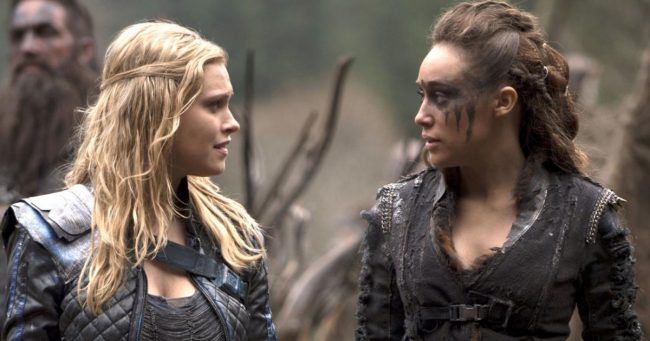 Clark (Eliza Taylor) and Lexa (Alycia Debman-Caret) were barely together in season three of The 100 but their legacy is massive. Lexa’s death directly following consummating their relationship was a tipping point for fandom fed up with the dead lesbian trope that had been (and sometimes still is) such a poisonous trend in media.

Fans loved Clark and Lexa together and shipped then hard and then were furious to see how that ship was treated. We love them too, but we also care a lot about the change the loss of this ship helped start, including ClexaCon but also how their loss and the response really made creators sit up and listen. 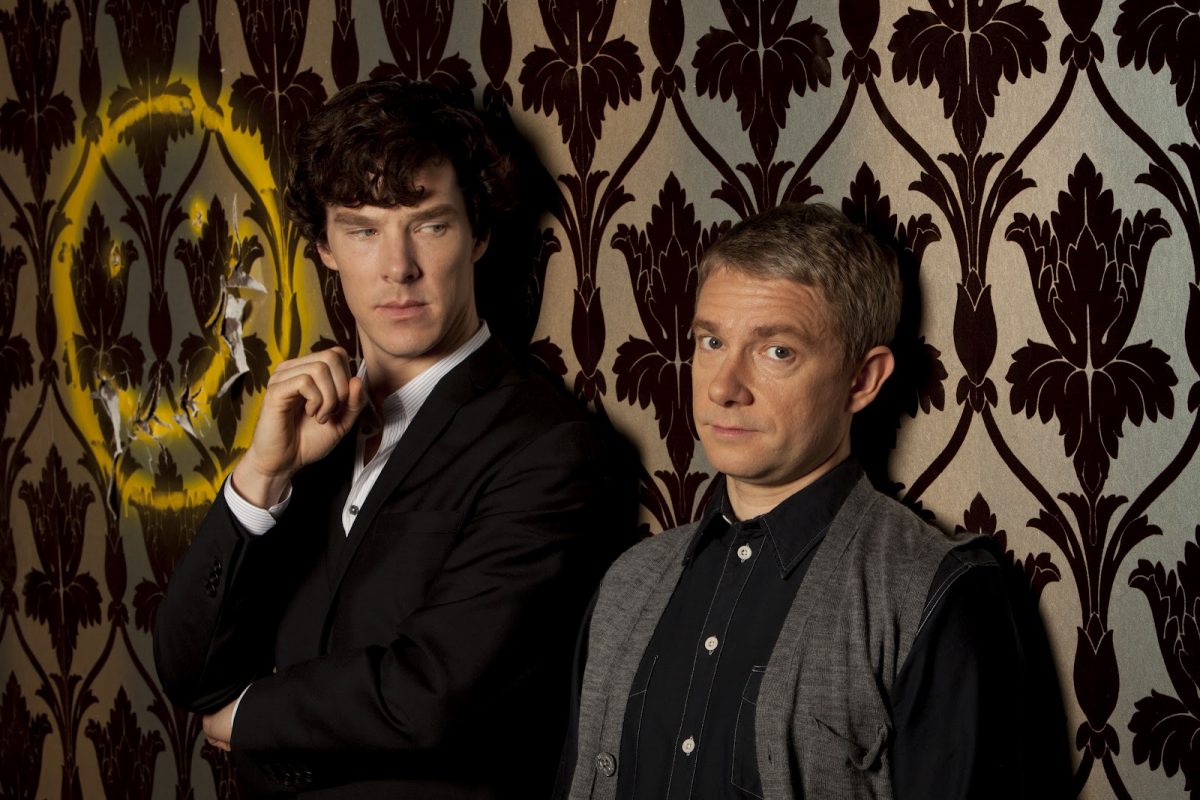 John Watson and Sherlock Holmes have been shipped for well over a century, but the new BBC Sherlock, which premiered at the top of this decade (yes, that makes me feel very old too) were somehow, ever more queer than the original consulting detective and his biographer. From the first episode, the pair, played by Martin Freeman and Benedict Cumberbatch connected emotionally, and the show knew we would see it and lampshaded the obvious queer tone with many a joke of people assuming they were a couple.

Johnlock was so popular because many fans took it as another mystery Sherlock was going to give fans the answer to. It gave birth to a grand conspiracy theory that every aspect of the show was a clue for the ship…but it wasn’t and the hard “no homo” of Sherlock’s final seasons was a big disappointment for fans. Still it proved what’s always been there: slash fans are smart and can find a way to make anything about a ship. 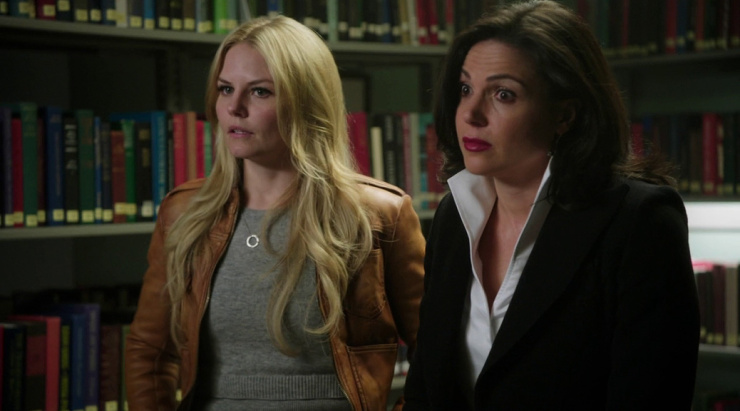 For many fans, SwanQueen – the ship of Emma Swan (Jennifer Morrison) and Evil Queen Regina (Lana Parilla) was their primary draw to ABC’s Once Upon a Time as it wore on in seasons. The two women – sometimes allies, sometimes mortal enemies – has undeniable chemistry, and at a time in the genre media landscape where we didn’t have very many strong women giving off gay vibes with each other, we loved these too.

This was another ship where the fandom certainly wanted more than the show wanted to or was allowed to give, but Once Upon a Time did try with other queer characters – but with varying success. We liked that Mulan was gay, and we loved queer Red…but the greatest love story that never got that happy ending was SwanQueen. 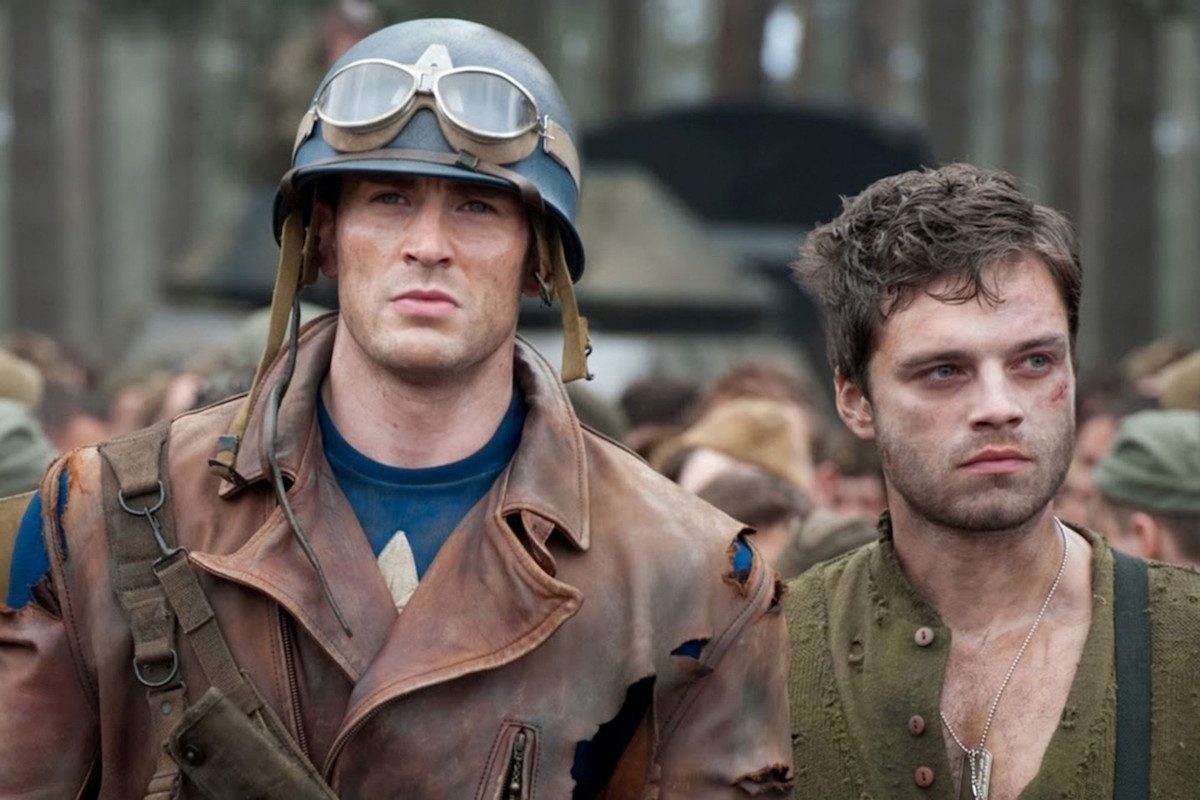 There are about a thousand Avengers and MCU related Slash ships we could have gone for here(we see you, Stony, SamBucky, FrostIron, ScienceBros), but Steve Rogers (Chris Evans) and Bucky Barnes (Sebastian Stan) is the one that’s stuck with us. I know we’re supposed to want Steve and Peggy together but…the story for these guys is better. They cared about each other before Steve got super, they saved each other over and over and Bucky even broke through mind control thanks to Steve.

I don’t think any of the creators of these films could have anticipated how much this relationship would mean to fans and how deeply they’d invest in it, and the way these two have interacted – or failed to interact – since Civil War has been a letdown, but we’ll still be with this ship until the end of the line. 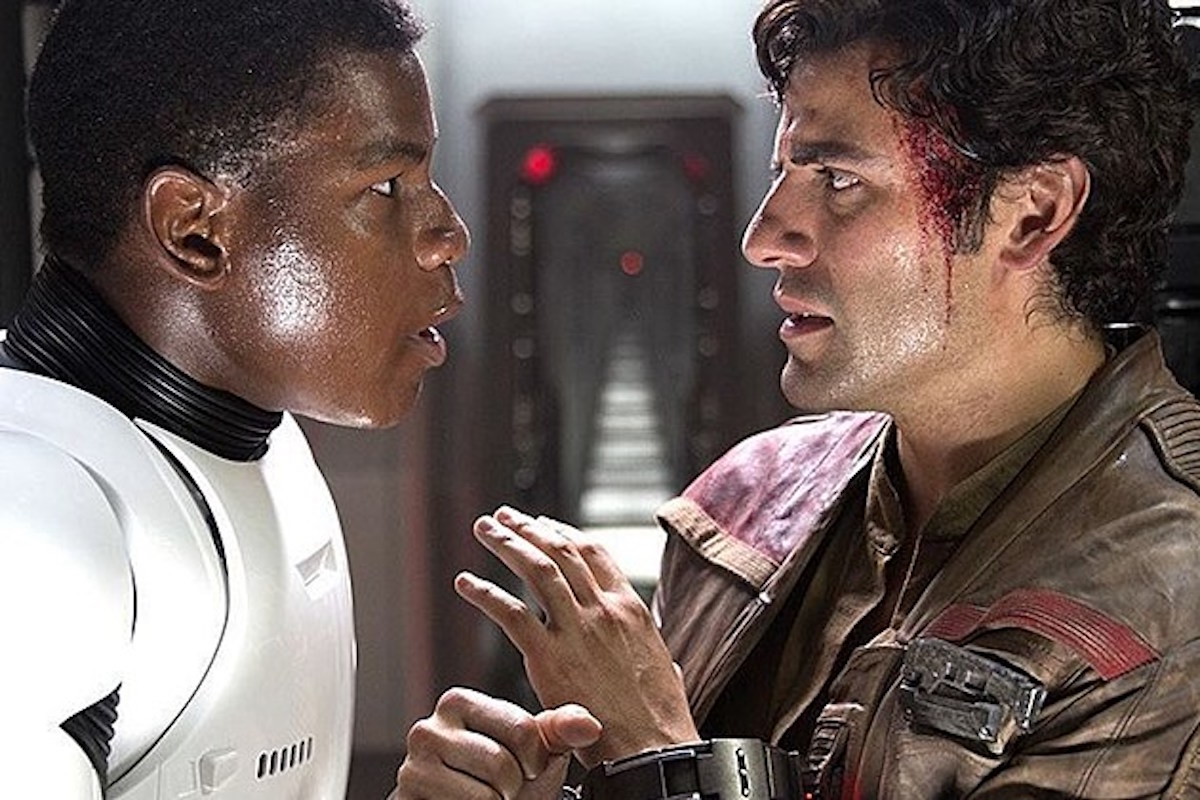 Listen, Finn (John Boyega) and Poe (Oscar Isaac) are married and there’s nothing in The Rise of Skywalker that disproves that. This was another ship in a major fanchise that fans deeply responded too, and who can blame us? There was life saving and clothes sharing and they even shared a pet (BB8 is a pet, right?). This is one of many chases here where the love between the characters in unquestionable, the only choice is how do we read that love.

Here, we can enjoy that they weren’t just space husbands in The Rise of Skywalker but space general husbands and delight that the one thing literally every character he meets can somehow agree on is that they’re in love with Finn. We are too! 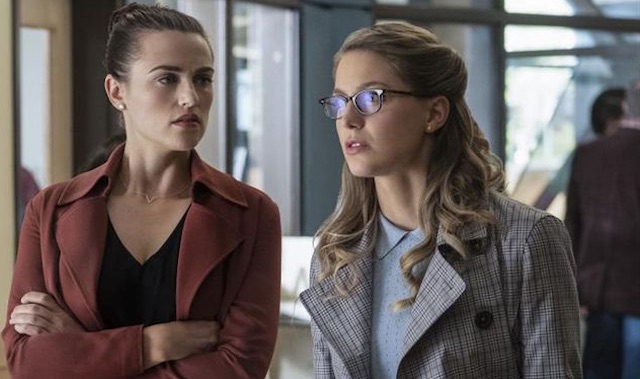 Yes. I know this is cheating but these two are two sides of the same coin. There’s so much great queer content in the Arrowverse, both canon and non that we picked one of each. One the one hand we have Kara (Melissa Benoist) and Lena (Katie McGrath) on Supergirl who could act like they’re in love but never seem to get around to realizing it, but come on…it’s not like they could do worse than their relationships with men. And on the other, we have Ava (Jes Macallan) and Sara (Caity Lotz) on Legends of Tomorrow, who have one of the healthiest relationships on TV. 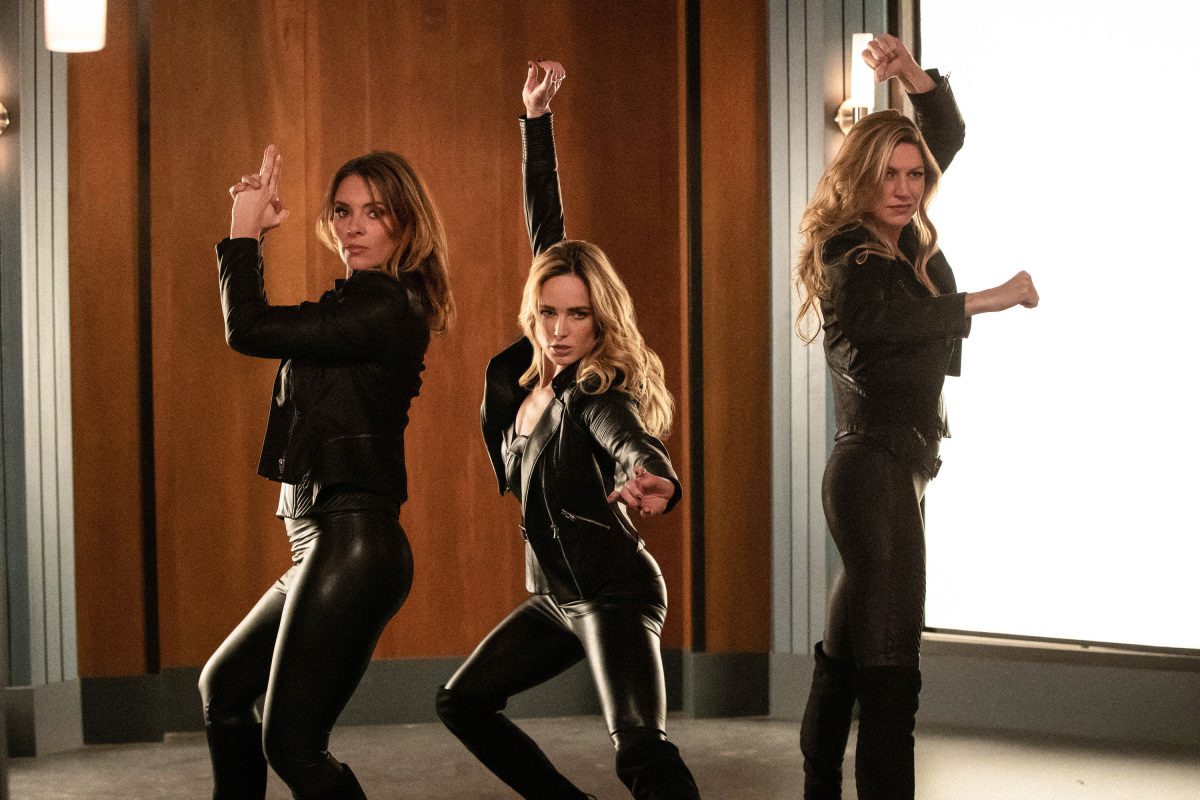 These super couples deal with their emotions in different ways and I think Kara and Lena could use some counseling from Sara and Ava, who worked through their issues when Sara literally went to purgatory to save Ava’s soul (how romantic is that!), and they truly bring out the best in one another. Kara and Lena could do that too if they just processed a little more…and got over all that sexual tension. 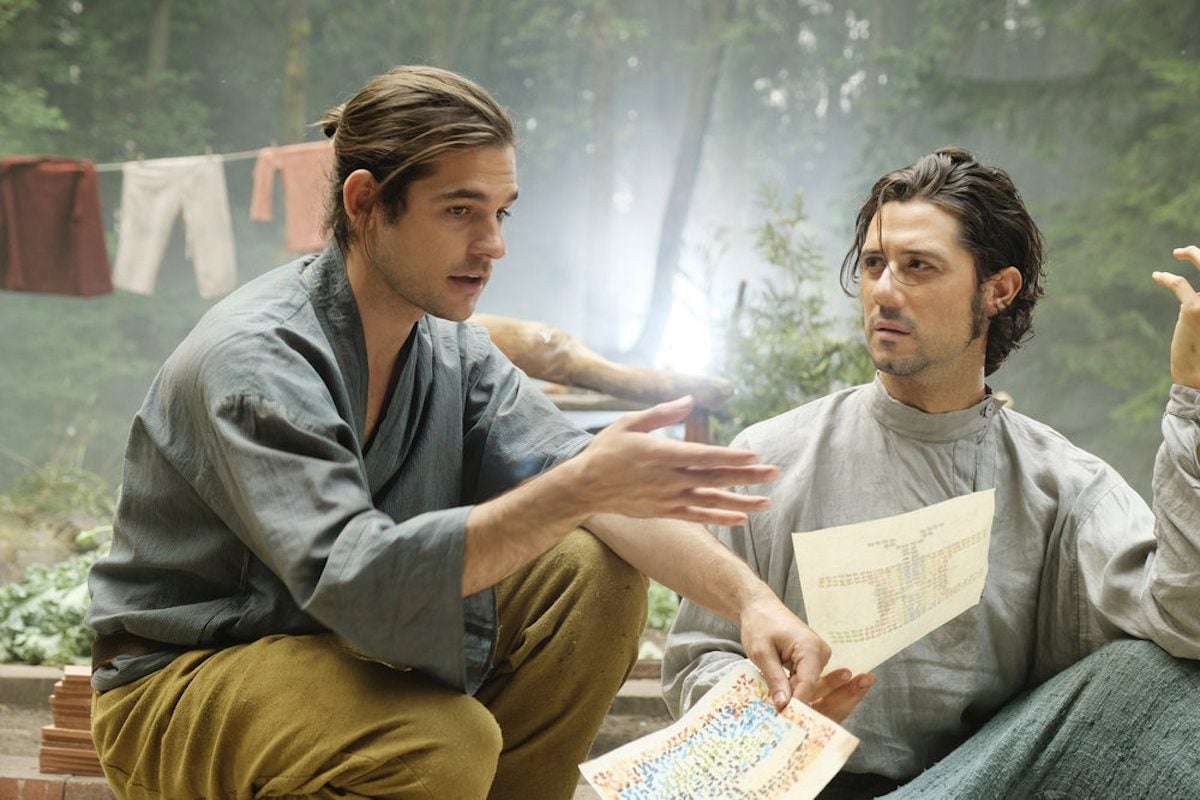 This one still hurts my heart, knowing that one half of the ship is dead, but still, the impact of these two can’t be overstated. Quentin Coldwater (Jason Ralph) and Eliot Waugh (Hale Appelman) of The Magicians went from just chemistry – like most ships – to a real, ill-advised, hook up – to real, life-affirming love. Like any good ship, they were fun and cute together but they were also an amazing story of actually seeing subtext become text and getting some great bi representation in there too.

We’re still sad we won’t see more of these two together but, we loved what we got and we’ll always remember that they loved each other for a literal lifetime. 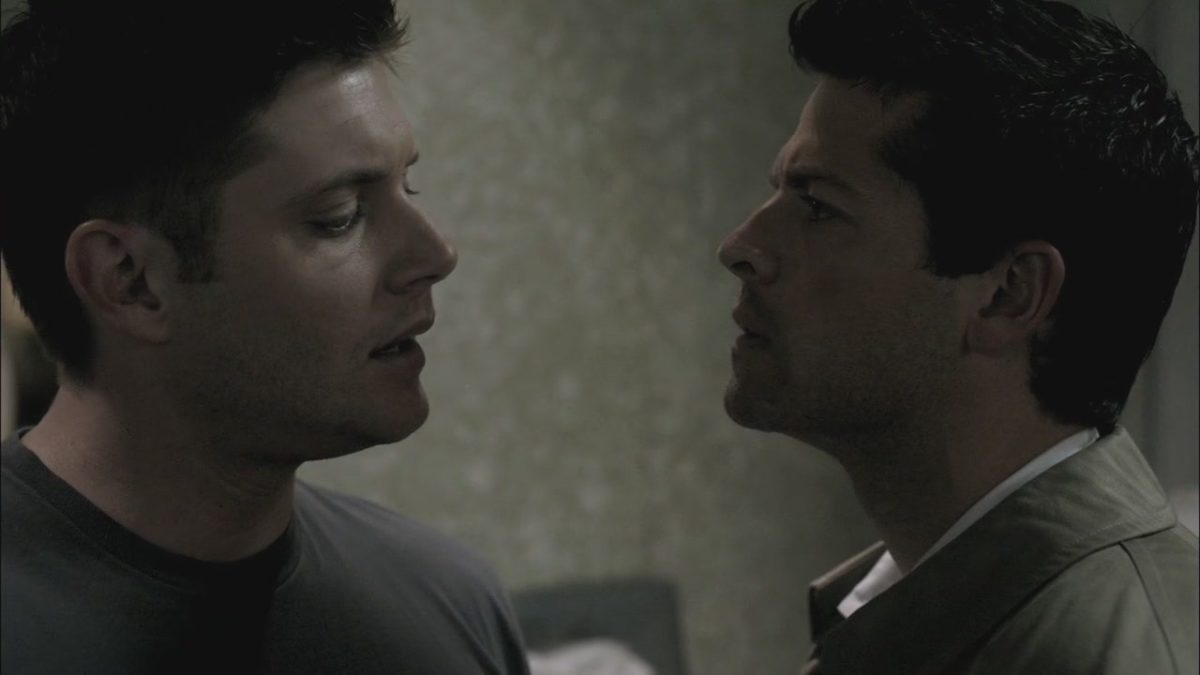 In terms of the sheer number of hours of unresolved sexual tension these cute idiots have logged over the decade-plus they’ve been sharing the screen on Supernatural, Dean Winchester (Jensen Ackles) and Castiel (Misha Collins) are in a category all their own. These two have saved each other from various different dimensions so many times it’s hard to count. And let’s not get into how devastated they each get the multiple times they’ve thought the other was dead. Add in all that staring and the lack of personal space and how can we not ship them?

Granted, right now the two – who seem to have been married off-screen – are in a rough patch, but we think they’ll patch it up when Season 15 returns and sees them revisiting purgatory, where they had such a nice honeymoon before. Will they ever smooch on screen? Eh, probably not but that doesn’t mean they don’t love each other like family, however, you want to interpret that. And we’ll always have the fic… 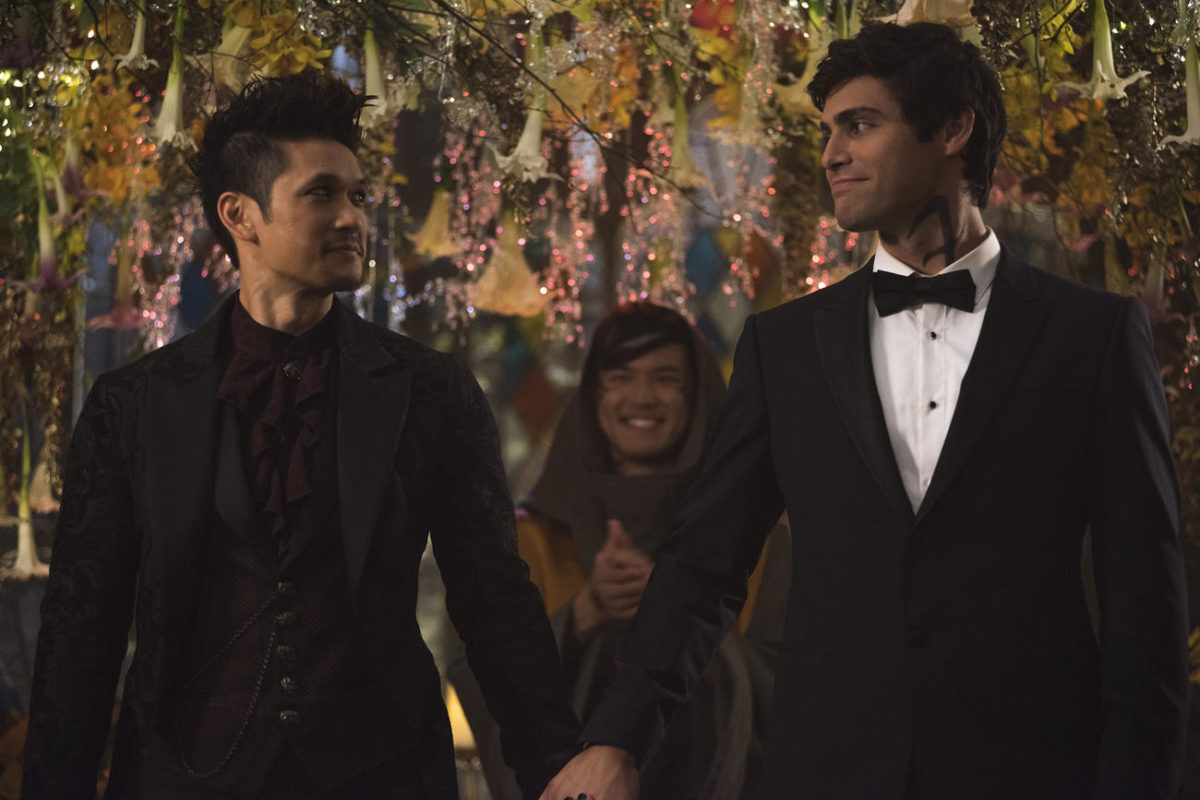 Let’s give it up for the cute demon hunters who did actually smooch! Magnus Bane (Harry Shrum Jr.) and Alec Lightwood (Matthew Daddario) were the stuff of slash shipper dreams went they things went from “are they flirting” to Magnus busting in to Alec’s ill-advised wedding to kiss him to an actual wedding between the two of them.

Magnus and Alec were our favorite part of the dearly departed Shadowhunters, not just because it was so great to see a real queer inter-racial couple thriving on a genre show, but because they were so powerfully in love and worked so well together. We miss them still. 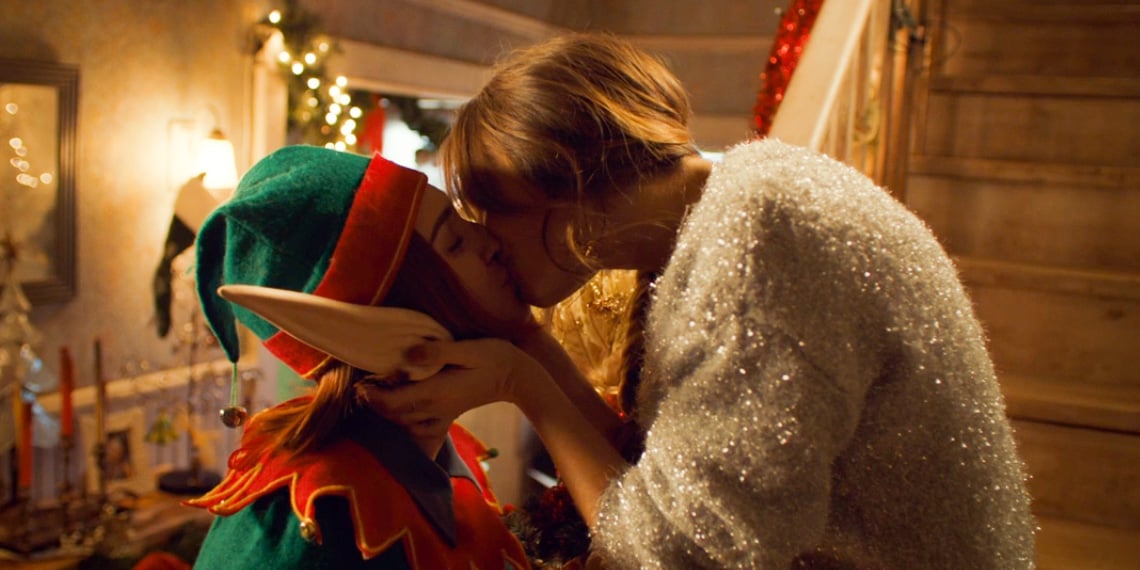 Starting this decade list with Clexa and Ending on Wayhaight feels appropriate because it shows just how far we’ve come in just a few years. Wynonna Earp‘s Nicole Haugh (Kat Barrell) and Waverly (Dominique Provost-Chalkley) are the ideal ship. This ship has all sorts of elements of everything we’ve listed up to now: undeniable chemistry, mutual rescuing, demons hunting, and amazing stuff on screen as well as truly wonderful, supportive actresses behind the character.

We love our bullet-proof lesbian sheriff and her sweet angel (literal!) because they’re the main love story of their show and they’ve captivated and inspired so many fans. It’s not just that they’re great and the ship is great, it’s that they’re essential to each other and undeniable and thus…the ship of the decade.

We know there’s so many ships that you (and we!) all love that didn’t make the cut. Honorable mention for Merthur, Sterek, Docubus, Spirk, Sanvers and more. Did you agree? Id there something we missed? What are you ships of the decade, Suvians? Sound off!