The Magicians Series Finale Was Surprisingly Sweet and Satisfying 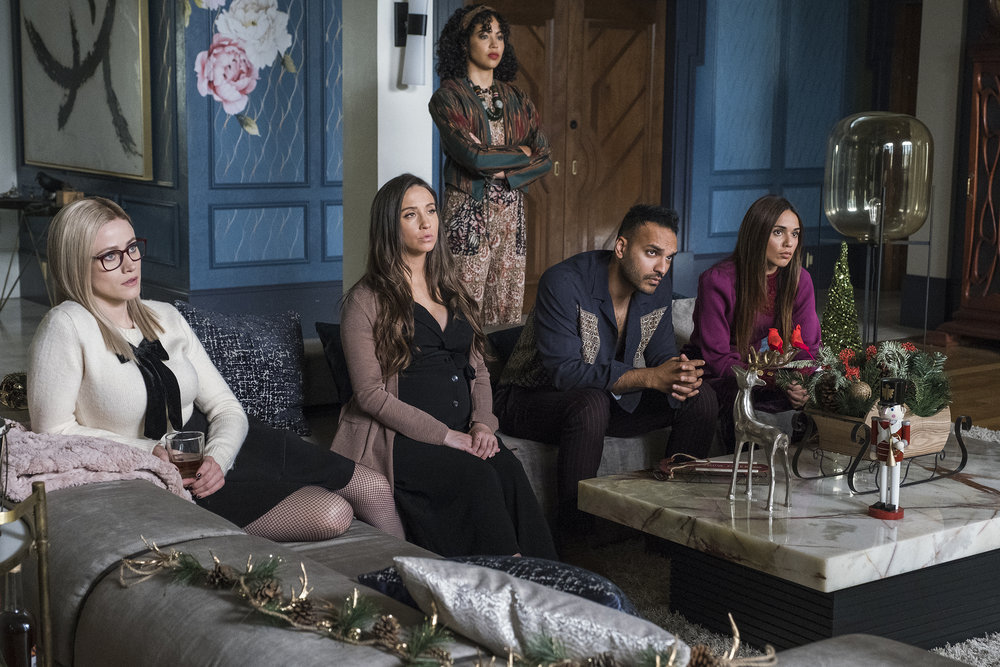 **Spoilers for The Magicians’ series finale, of course.**

When news broke that the season five finale of Syfy’s The Magicians would be the series finale, I was very worried about where the show would end and how well it would be able to resolve the stories for its many characters. The series had always ended seasons with major cliffhangers—Magic being lost, villains being revealed, characters being killed—but the final episode turned everything around and gave us a conclusion to the series built on hope and optimism.

It’s very clear that the writers went into this hour knowing it might have been the last, as the showrunners have confirmed, and it worked perfectly to wrap up the series, not just in setting up characters for their next chapters, but in looking back. The finale brought in elements from many of the previous seasons, from a time loop that saved the day to a surprise return by The Beast.

There was death and loss, of course. It hurt to lose Zelda, the head of the Library, but she ended her story helping Alice to finally become the master Magician she was meant to be. And for a moment, it looked like Margo the Destroyer would die alongside Fillory, but she was saved in the end by a friend, Penny, who found his power and purpose again by being a father.

I loved seeing Julia and Penny 23, characters who were so alone and who had seen such loss, find each other and build a family, and it was great to see that they’re not slowing down. I loved seeing Kady come into her own as a powerful leader of the Hedges, and I loved this entire new arc for Fen! She’s gone from a sidekick to a true hero who helped build a brand new, better world.

It’s so fitting that Fen, Alice, Margo, and Josh became the architects of a new Fillory, full of Knife Trees and naturally occurring pizza ovens. In my fanfic version of this story, these four become mythic figures in the new world, where stories will be told of the Cook, the Magician, the High King, and the Knife-wielder who carried a new world in her vagina.

But perhaps the character who most deserved the happy ending that he got was Eliot Waugh. I know, we all wanted Eliot and Quentin together as “endgame,” but seeing Eliot exploring the possibilities of a relationship with Charlton, the displaced prince who knew everything about Eliot and accepted it and was also “emotionally available and not going anywhere,” was also lovely. It’s a chance for Eliot to truly be happy, and he deserves that so much.

I’m going to miss this show so much because it had so much to say about how hard and messy adult life can be, how we make mistakes and have to deal with them, and how having independence and power isn’t a cure-all for what’s broken in us. But while it was a dark, often tragic series, I love that The Magicians ended with hope.

“Magic comes from pain” has been the refrain of the series, and it often focused on the pain part of that equation, but this final episode was about the magic. It was about the better world and new possibilities that come after pain and loss. Dark times and screwing up are inevitable, but what you make of them, the world you create—that’s a choice. As Alice learned, the only circumstances we can control, truly, are those within us, and that’s where great power comes from.

I’m sad to see this series go, but I’m glad this is the ending we got, and I’m so grateful to the cast, crew, and creators for giving us a world full of such fun, weirdness, and pain that ultimately showed us that there is a better world possible, if we take our pain and make it something more.