The Protagonist of Soul Eater Is Maka Albarn, Don’t Forget It 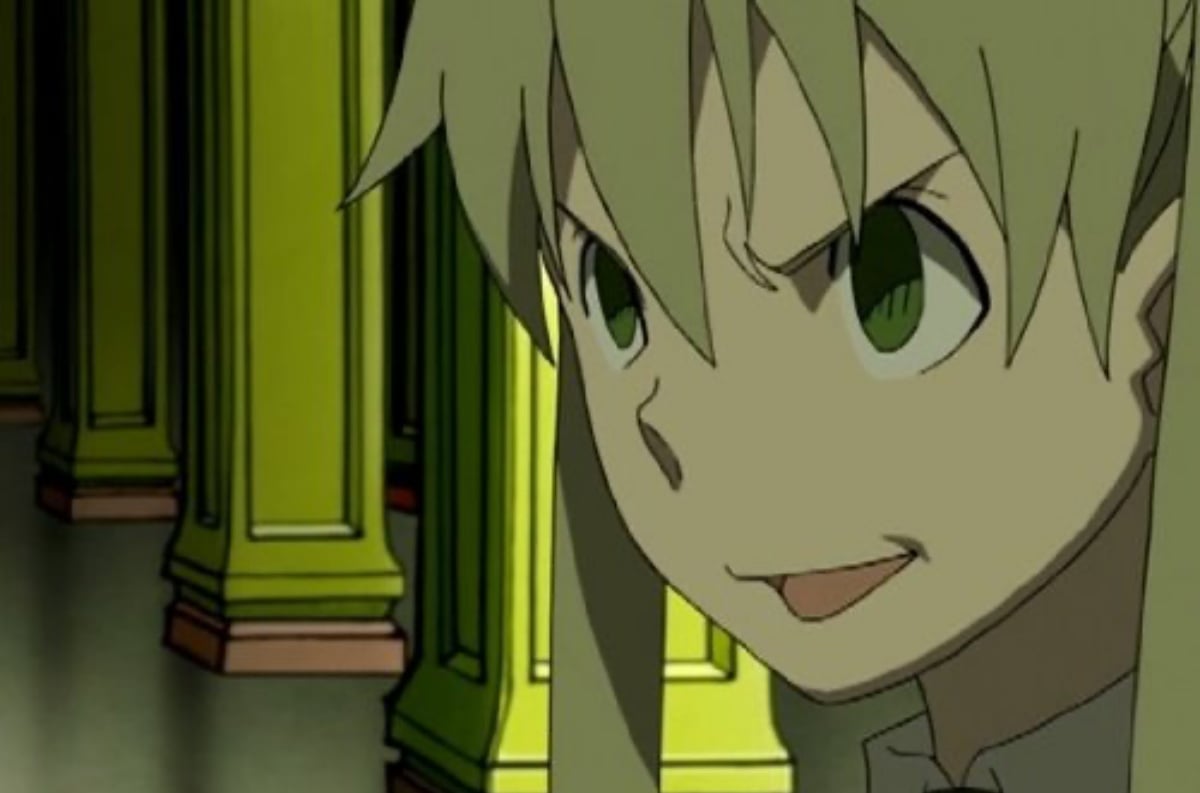 I’ve been watching the 2008-2009 anime series Soul Eater, based on the manga by Atsushi Ōkubo. One of the fun things about the series is that it is a shonen series with a female protagonist, Maka Albarn. However, you wouldn’t be able to tell that on the Hulu still. 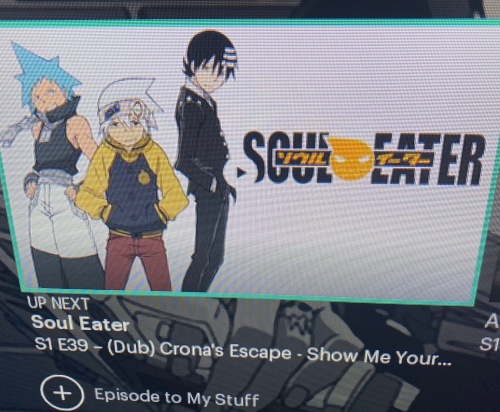 So lemme back up for a moment. The premise of Death Eater revolves around a group of students at the Death Weapon Meister Academy (DWMA) located in the fictional Death City, Nevada. The school is run by Death and the students are split into two groups, meisters and weapons. Students who are weapons can transform into a particular battle instrument and are wielded by meisters. The Academy exists to hunt down evil souls and stop them before they become fully corrupt.

The main characters are Maka Albarn and her scythe Soul Eater, Black Star and his shadow weapon Tsubaki, and Death the Kid and his twin pistols, Liz and Patty Thompson.

In all the openings and endings, not only is Maka included and at the forefront, but whenever there is a main character sequence you will always see Maka, Black Star, and Death the Kid group together, while Soul, Tsubaki, and the Thompson sisters together. This is why the choice of the still to feature Death the Kid, Soul, and Black Star threw me into such a rage. 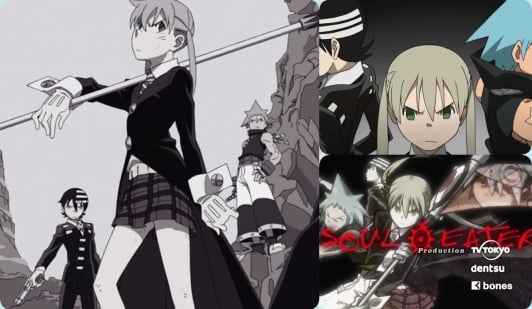 It is a clear erasure of the fact that Maka is the lead.

On streaming services like Netflix, the still image that represents the show will often change depending on your interest. My Netflix has Gwen from Merlin as the still for the series and will put Choni scenes for Riverdale: basically it knows my tastes are Black and gay at this point. On the Netflix icon for Soul Eater for me, it has Black Star on it, which made me laugh because Black Star is the best boy.

In comparison, Hulu images do not change like that, they are set to represent the show to people who might want to watch it. And even though it seems like a small thing it annoys me, because Atsushi Ōkubo made Maka the lead for a reason.

Ōkubo decided to make the main protagonist of the series female and made sure to pair off all the leads with opposite-sex partners so that there would be some gender equality in terms of leads.

“I think I stood out from other series of the same genre by choosing a female character, Maka, as a hero,” he said in an interview with Manga News. “I also wanted to give a realistic side to my story by creating pairs of opposite sexes. There is thus a real gender equivalence in Soul Eater!”

Shōnen manga are series that are aimed at boys between the ages of 12 to 18 and it is overall the most popular and financially form of manga. Overwhelmingly the most popular shōnen series are male-dominated in terms of the characters and who wrote them with some notable exceptions like Hiromu Arakawa (Full Metal Alchemist) and Rumiko Takahashi (InuYasha, Ranma 1/2). There are also great female characters in shōnen series and their numbers have increased a lot since the 80s.

Of course, the number of women doesn’t always equal quality storytelling. I loved Rukia from Bleach, but her being on the sidelines for the entire Soul Society arc was extremely vexing. Yeah, we get a lot of new fun female characters, but why did the female lead of the series have to be put in a box?

Soul Eater, the anime, does a great job of allowing Maka to be an emotionally nuanced protagonist. She is as headstrong as other male shōnen protagonists—but that doesn’t have to mean also stripping her of empathy. Especially when it came to her storyline with Crona. So if you are going to promote Soul Eater on your streaming service, Hulu, make sure you remember that Maka is the lead.

Now I’m going to sit here hoping that someone will pull a Brotherhood and reboot the series to follow the manga ending. We deserve that. Until then, I’m going to just keep waiting for the new manga releases of the series to come out so I have a little more time before I need to leave the world of Soul Eater.