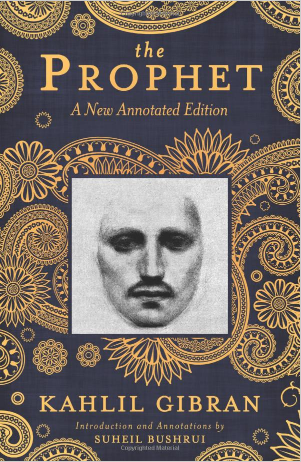 Salma Hayek has been working on adapting one of the best selling books of the 20th century, Khalil Gibran‘s The Prophet, into an animated film, and has now gathered Liam Neeson, John Krasinski, Frank Langella, Alfred Molina, and Quvenzhané Wallis to join her in voicing some of the characters from the many stories and poems in the famous work.  The project has also attracted a large group of well-regarded animators to direct specific chapters under the direction of writer and director Roger Allers.

Tomm Moore of the Academy Award-nominated The Secret of Kells, Nina Paley of Sita Sings the Blues, Paul Brizzi and Gaetan Brizzi of Fantasia, Joan Gratz of Mona Lisa Descending A Staircase, animation legend Bill Plympton, Joann Sfar of The Rabbi’s Cat, Mohammed Harib of Freej, and Michal Socha of Chick are all lined up to lead the production of portions of the animated film.  This amazing collection of creative and award winning animators will be directed by Allers, who himself has worked on The Lion King, Aladdin, and Beauty and the Beast, among other works.  Between the voice cast and the animators, the project, expected to wrap up in early to mid 2014, appears to have a talented and diverse array of perspectives behind it.  I’m especially interested to see how the tone of each essay or poem differs based on the director, and how the sections are combined in Allers’ script into one film.  Plus, the combination of actors know for more comedic roles and for more dramatic roles, and of seasoned actors like Langella and relative newcomers like Wallis adds to the overall feeling that the project could be a very interesting mix of stories and voices.

Gibran’s book, which was first published in 1923, is know for commenting on humanity and spirituality.  In it, a prophet, Al Mustafa, discusses topics regarding humanity with other, inquiring individuals.  The book has been translated into over 50 different languages and has inspired many prominent people worldwide, including Indira Ghandi and The Beatles, rising to popularity about 40 years after its release as a cornerstone of 1960’s counterculture.

Between the cast and animators involved and the reputation of the story being told, this animated film certainly seems like it will be well made, and definitely appears to have the interests of the influential story at heart.  After hearing about all the individuals involved, however, there’s one question left.  What is the film actually going to look like?  Between Allers and Brizzi’s Disney backgrounds, and other artists like Paley and Moore known for films with more stylized approaches, The Prophet could easily use any number of styles and techniques of animation to tell its story.