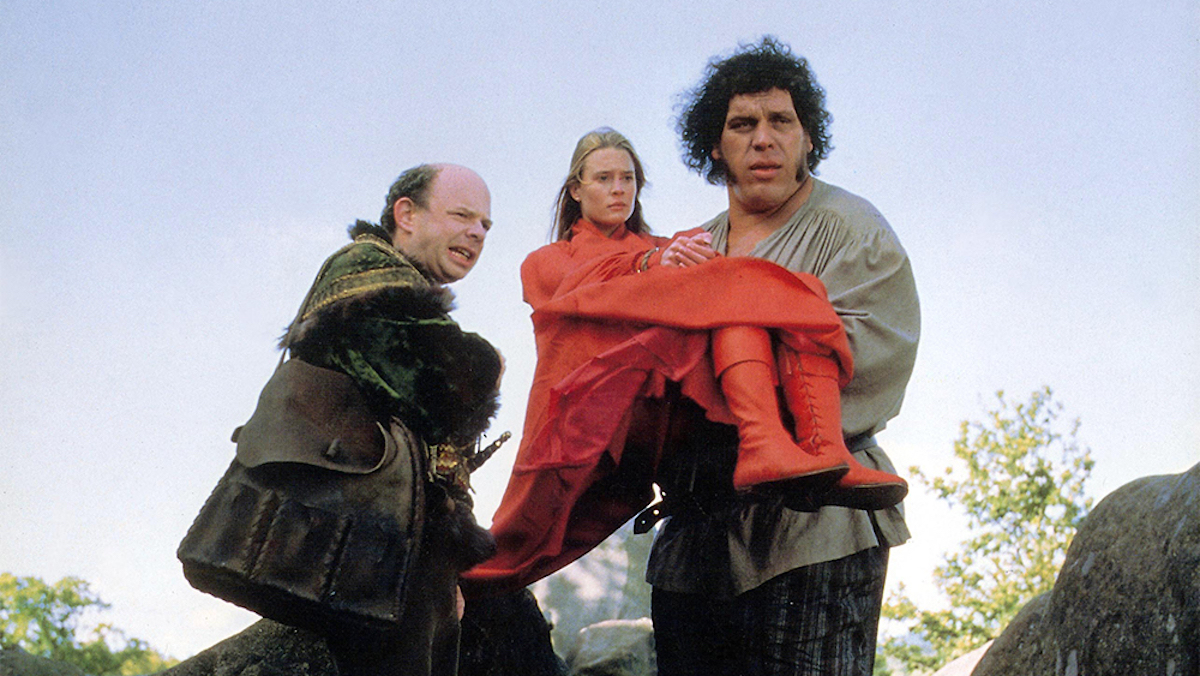 There arose a mighty furor on social media, driven by fans and celebrities alike, at the news that Sony Pictures has heard pitches to remake Rob Reiner’s classic 1987 funny fairytale The Princess Bride. With a script by Princess Bride author William Goldman, the movie is often regarded as one of the best book-to-film adaptations ever, and it has a revered cult status for many fans (myself included). As far as I can see, there’s no call whatsoever for a Princess Bride do-over unless the studio intends to radically change up the characters’ dynamic and hugely diversify the cast.

While it appears that for now, the remake is all rumor, no formal plans, the noise, attention, and blanket media coverage this kicked up could motivate the studio to eventually greenlight just such an endeavor. I’m here to argue that if a remake happens, it has to flip everything we think we know about The Princess Bride on its head.

Any Princess Bride that tries to simply recast the original and reshoot on a larger scale is doomed to failure. We don’t need flashy special effects; I don’t need to see a Rodent of Unusual Size played by Andy Serkis in a motion-capture suit. Part of the charm of The Princess Bride is the simplicity, silliness, and earnest camp with which it is shot and staged. Taking this story too seriously—pouring giant Hollywood budget resources into set-pieces and computer-generated bits—is unnecessary and would only spark bitter nostalgia-laced comparisons to the original.

I also believe any attempt to recapture the comedic alchemy of the actors in a straight re-do is bound to fail. The cast felt like lightning in a bottle, from a young Robin Wright’s fresh-faced innocence to Peter Falk’s mischievous Grandfather to Wallace Shawn’s incomparable Vizzini, and there will never, can never, be another André the Giant.

The only Princess Bride remake I’d accept is if the intent is to dramatically alter its current form. First of all, the original movie is painfully, blindingly white. This would need to be the first element upgraded for the 21st century. There’s no reason why any character in a new Princess Bride couldn’t be a person of color, and a fantastically diverse cast would be excellent to see. Especially for the heroic Westley. I’m already picturing John Boyega and you can’t stop me.

Every principal character—Westley, Buttercup, Prince Humperdinck, Inigo Montoya, Vizzini, Fezzik, Count Rugen—every single one of them could benefit from a diversity of casting. The only characters that need go unchanged are Miracle Max and his wife Valerie, because any studio that did not bring back living legends Billy Crystal and Carol Kane to those roles does not deserve to be making movies.

But what would further permit the idea of a new Princess Bride for a new century to take root in my head is if many of the roles are gender-swapped. Again, this could be done with all of the primary characters without losing their overarching storylines, but I am mostly concerned with Buttercup and Westley here.

In the original film, Buttercup is largely a passive character. The story may be titled after her—or at least what Humperdinck wants to make of her—but the plot tends to happen around Buttercup; it’s not advanced by her. Buttercup is a goal, a pawn, a means to an end. She’s carted about for a good portion of the movie like so much treasure to be won or lost, and then spends the second half moping drearily around the castle. The only bold action she gets to take (other than pushing Westley down a hill) is when she decides to take her own life to escape marrying Humperdinck. Westley’s arrival prevents this, of course, but the fact of the matter is that Buttercup is the kind of “Princess” that feels outdated, in constant need of rescue. She’s also the only main female character, with Valerie and The Queen there in passing scenes.

So the simplest fix to shake up the entire Princess Bride dynamic is to make Westley a woman and Buttercup a man. Let’s go for The Prince Groom. (Or, make my wildest dreams come true, and let Westley be a woman, and keep Buttercup a woman, and make it queer.) Just as in the case of casting diversity, changing the characters’ gender works particularly well with the story. A woman could easily be a farm girl, then The Woman in Black, the Dread Pirate Roberts, an expert swordsperson and brilliant strategist bent on saving their old love from nefarious clutches.

There’s nothing particularly gendered about Westley’s trajectory in a fantasy world where people can take magical pills to come back from the dead. And a male Buttercup works perfectly well in the fictional kingdom of Florin where Princess Humperdinck is plotting with the evil six-fingered Countess Rugen. For that matter, there’s no reason we couldn’t have a Lady Vizzini, Inigo, and Fezzik. At the very least some of them could be women without sacrificing an ounce of Goldman’s vision.

The yelling I can already hear from some corners of the Internet at this very concept should tell you something. First of all, if you find yourself thinking that the idea of a male Buttercup moping about the palace while his lady-love swashbuckles to save him is ridiculous, ask yourself why that’s perfectly fine in the reverse. Ask yourself why the audience should have to watch a helpless woman in peril waiting while the men save the day yet again.

If the idea of gender-swapping the supporting characters of Inigo, Vizzini, Fezzik, or Rugen feels upsetting, consider how it feels to watch this movie in formative years and see no women at all except Buttercup, languishing in her gilded cage. Women can be scheming Sicilians and villainous royals also, but essentially what I need is The Woman in Black sword-fighting Lady Inigo Montoya.

There’s a shortage of perfect movies in this world. It would be a pity to damage this one. https://t.co/5N8Q3P2e5G

When it comes down to it, I’m mostly with the original’s Westley, Cary Elwes. There is a scarcity of perfect movies in this world. The Princess Bride isn’t perfect, but it’s plenty wonderful, and it’s set down like a sacred text that doesn’t need to be altered or resurrected. It’s good to hear that there aren’t immediate plans to reboot this in our endless reboot culture. Barring a drastic revamp that breathes brand-new life into The Princess Bride, I hope it stays that way. Let’s let some fresh ideas for fairytales that reflect our era receive room to grow. This is what I wish.