The NBA Will Transform Their Arenas Into Polling Locations 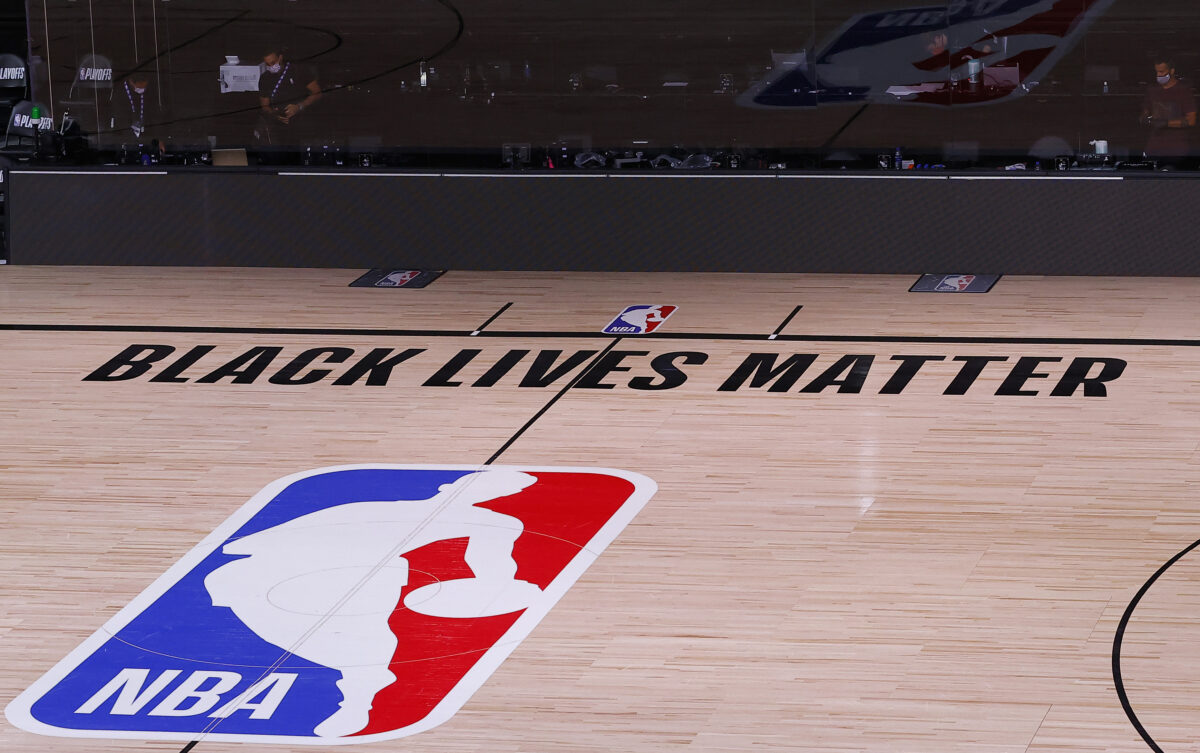 After walking out of playoff games on Wednesday night in protest of the shooting of Jacob Blake and the scourge of systemic racism in America, the NBA players association has come to an agreement with the league to complete the playoffs inside the COVID-safe “bubble” in DisneyWorld. But as part of that agreement, the NBA’s League arenas will be converted to polling places for the November election.

This doesn’t mean every stadium in every city will be a polling location (though, to be honest, it should), but it does mean that in cities where the team owns the stadium, the teams will work with local elections officials to get the stadium set up as a polling place. If they cannot do that or missed a deadline, they will make efforts to use the property to help with local elections in some way, either voter registration or other means.

This is only one of several agreements between the NBA and the players aimed at advancing racial and social justice. The NBA has also agreed to establish a social justice coalition that will focus on a broad range of issues. Additionally, the NBA will work with broadcasters and advertisers to include segments during each game to promote civic engagement and social justice.

Here’s the full joint statement from the NBA and the Player’s Association:

This agreement shows that the players and the NBA are committed to advancing racial equality and justice, making bold moves here, and it’s a truly awesome thing. And I hope it inspires more discussion and action in other sports leagues and indeed other industries.

Teams across the sports spectrum have made statements this week addressing the protests and racial unrest in the country. The WNBA protested their games in solidarity, Major League Baseball games have been postponed, even the National Hockey League–the whitest sports league for the whitest sport–have decided to postpone games for the weekend in support of the Black Lives Matter movement. That’s huge.

Just think what could be possible if these teams and leagues followed the NBA in their next steps and opened up their facilities to voters in November. Especially baseball stadiums, with their open-air setups, could be safer, more accessible voting locations for the most important election in history.

This is a big and really commendable move by the NBA, and it came thanks to players who would not sit idly by as injustice continues is America. Use whatever sports metaphor you like, a slam dunk or a home run or whatever the equivalent is for hockey; this decision is a winner and I hope it starts a trend.