Exclusive: The Mighty Captain Marvel Bursts Onto the Scene With Video Spotlight Series and Music From Glass Candy

Captain Marvel is, without question, the First Lady of Marvel Comics, and with a new film coming to bring her into the Marvel Cinematic Universe, the character is only going to loom larger in the years to come. Now, Marvel has given her a new solo title, as well as an awesome video series to give us more deets on one of our favorite heroines.

Narrated by The Mighty Captain Marvel writer, Margaret Stohl, and editor Sana Amanat, the Captain Marvel: Alien Nation series of videos aims to “educate new and old fans about Stohl’s THE MIGHTY CAPTAIN MARVEL series through commentary, motion graphics, as well as an energetic score from some of the world’s biggest female-led musical acts,” according to a press release from Marvel Comics. This month, the soundtrack is provided by Portland, OR-based band Glass Candy and their track, “Candy Castle” (which also happened to be used in the Season 1 finale of HBO’s Westworld!).

In the video above, Stohl and Amanat talk about The Mighty Captain Marvel being about what it means to actually be a woman in power, Captain Marvel’s new mission as commander of Alpha Station, and how the story parallels current real-life concerns, like the issue of refugees.

Once the video gets you all hopped up, you’re gonna want to check out The Mighty Captain Marvel series itself, Issue #2 of which drops TOMORROW. Stohl (Black Widow: Forever Red, Black Widow: Red Vengeance) handles writing duties, and the series is accompanied by outstanding art from Ramon Rosanas (The Astonishing Ant-Man). Luckily for you, we’ve got an exclusive preview of Issue #2 right here: 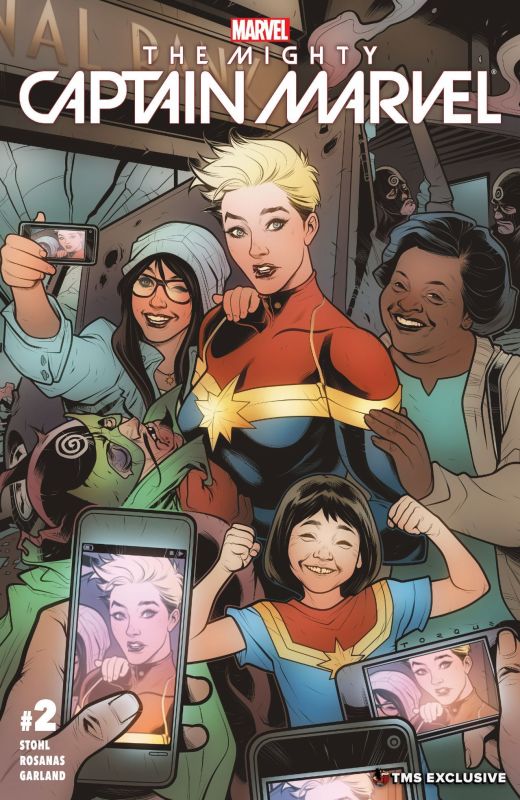 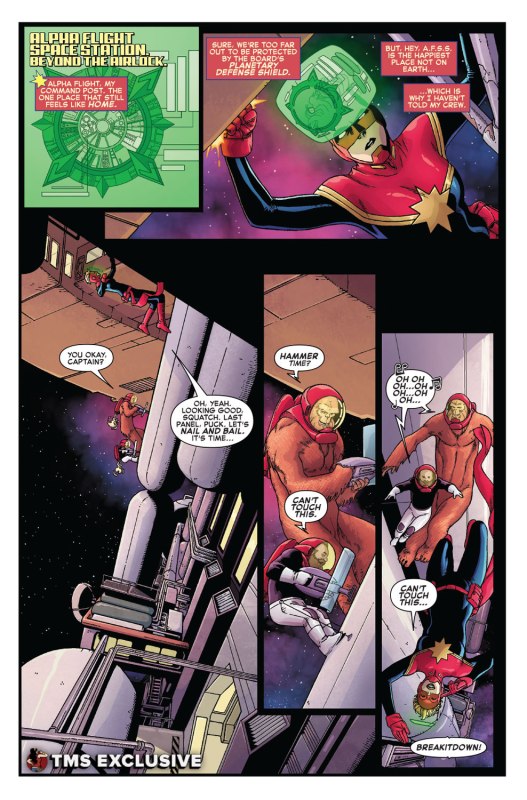 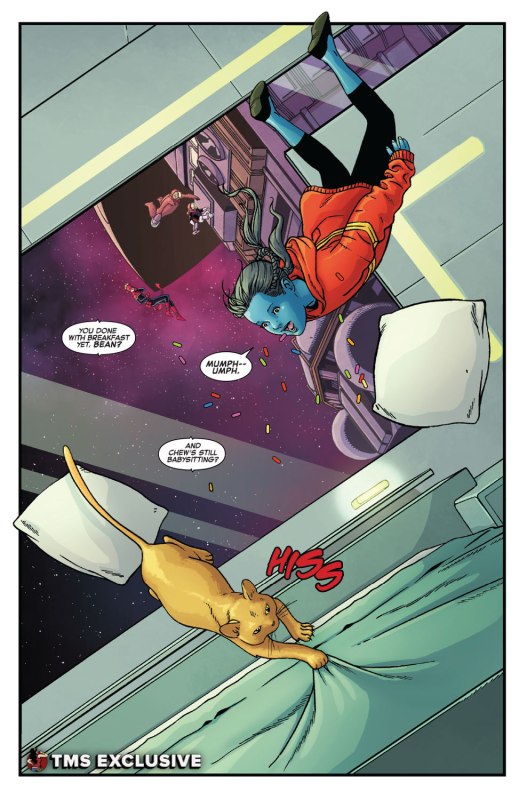 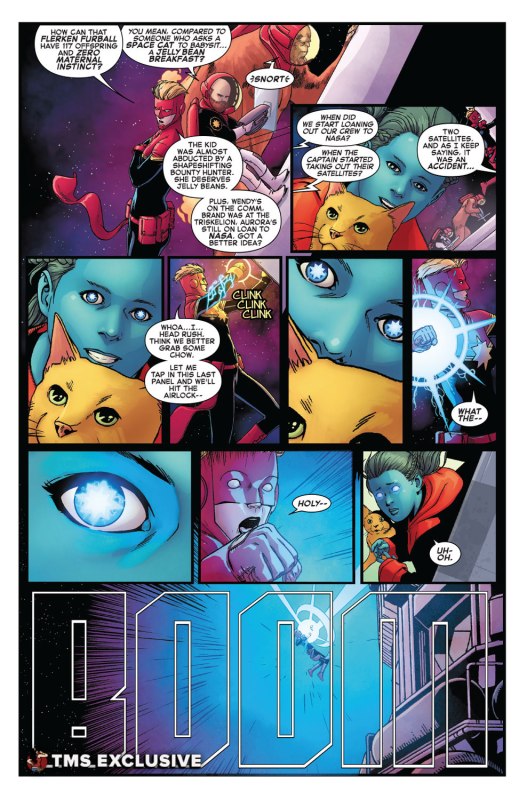 I’m sorry, but any day Captain Marvel gets to breakitdown to M.C. Hammer is a good day.

The Mighty Captain Marvel Issues #0-1 are available now, and you can pre-order Issue #2 (or get it tomorrow hot off the, um, digital presses) over at the Marvel Digital Comics shop! Keep up with both the comic, and the video series every month to learn the history of Carol Danvers and about her upcoming adventures, because she is definitely the hero to watch right now over at Marvel.

As if we weren’t watching her already.