The Mary Sue June Book Club: June Is Gemini Season, Which Means Dealing With the Duality of Love & Chaos 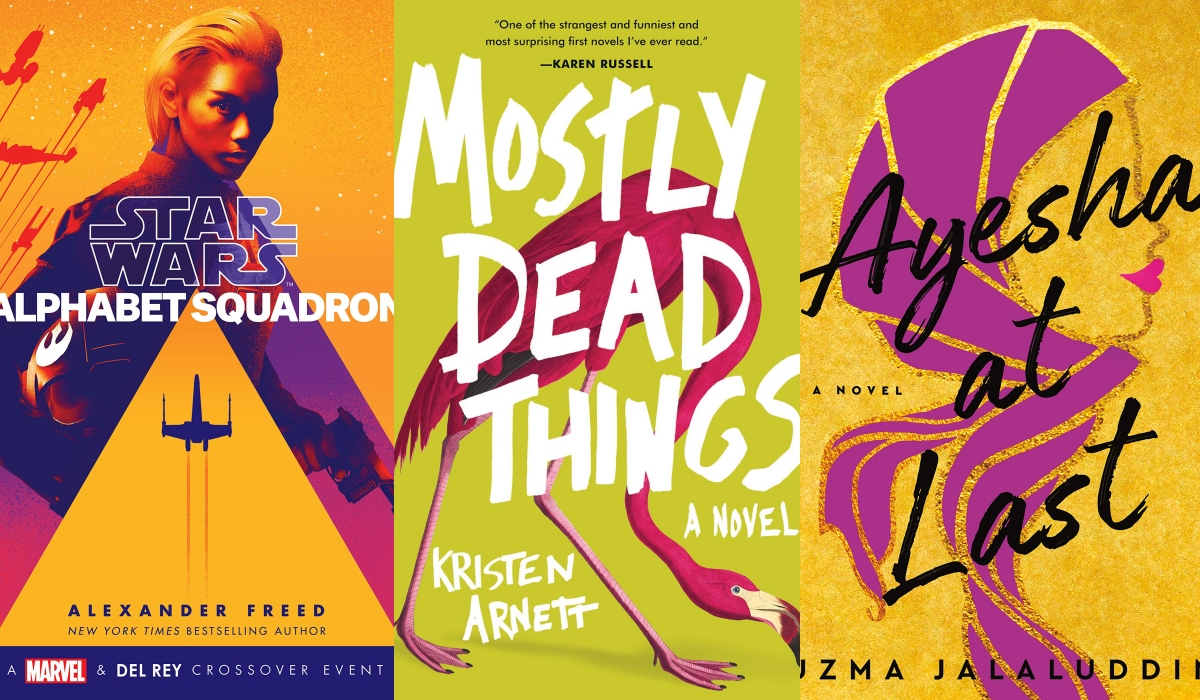 Ah, June. The beginning of summer and the second half of Gemini season. BookCon 2019  has just ended, leaving us excited about future releases and all the good stuff that is going on right now in the land of the literary. If you’re longing for a queer love story or two, a fantasy murder mystery, or a deeper exploration into the world of Star Wars because you didn’t go to Galaxy Edge, then we have you covered. 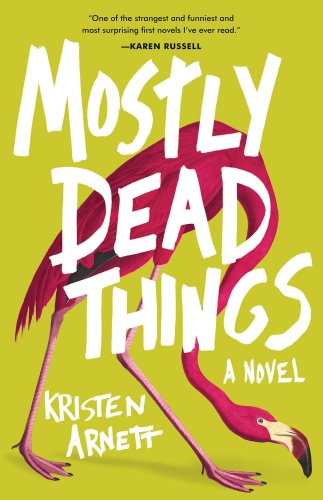 “One morning, Jessa-Lynn Morton walks into the family taxidermy shop to find that her father has committed suicide, right there on one of the metal tables. Shocked and grieving, Jessa steps up to manage the failing business, while the rest of the Morton family crumbles. Her mother starts sneaking into the shop to make aggressively lewd art with the taxidermied animals. Her brother Milo withdraws, struggling to function. And Brynn, Milo’s wife―and the only person Jessa’s ever been in love with―walks out without a word. As Jessa seeks out less-than-legal ways of generating income, her mother’s art escalates―picture a figure of her dead husband and a stuffed buffalo in an uncomfortably sexual pose―and the Mortons reach a tipping point. For the first time, Jessa has no choice but to learn who these people truly are, and ultimately how she fits alongside them.

Kristen Arnett’s debut novel is a darkly funny, heart-wrenching, and eccentric look at loss and love.” 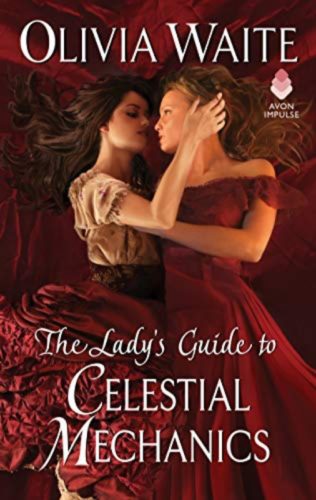 The Lady’s Guide to Celestial Mechanics by Olivia Waite

“As Lucy Muchelney watches her ex-lover’s sham of a wedding, she wishes herself anywhere else. It isn’t until she finds a letter from the Countess of Moth, looking for someone to translate a groundbreaking French astronomy text, that she knows where to go. Showing up at the Countess’ London home, she hoped to find a challenge, not a woman who takes her breath away.

Catherine St Day looks forward to a quiet widowhood once her late husband’s scientific legacy is fulfilled. She expected to hand off the translation and wash her hands of the project—instead, she is intrigued by the young woman who turns up at her door, begging to be allowed to do the work, and she agrees to let Lucy stay. But as Catherine finds herself longing for Lucy, everything she believes about herself and her life is tested.

While Lucy spends her days interpreting the complicated French text, she spends her nights falling in love with the alluring Catherine. But sabotage and old wounds threaten to sever the threads that bind them. Can Lucy and Catherine find the strength to stay together or are they doomed to be star-crossed lovers?” 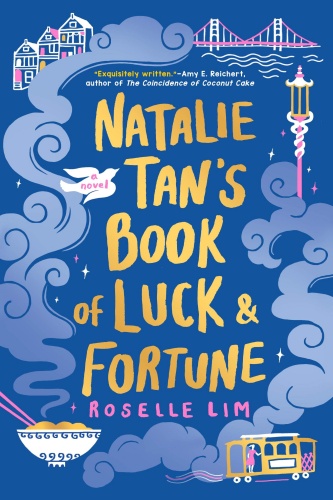 Natalie Tan’s Book of Luck and Fortune by Roselle Lim

“At the news of her mother’s death, Natalie Tan returns home. The two women hadn’t spoken since Natalie left in anger seven years ago, when her mother refused to support her chosen career as a chef. Natalie is shocked to discover the vibrant neighborhood of San Francisco’s Chinatown that she remembers from her childhood is fading, with businesses failing and families moving out. She’s even more surprised to learn she has inherited her grandmother’s restaurant.

The neighborhood seer reads the restaurant’s fortune in the leaves: Natalie must cook three recipes from her grandmother’s cookbook to aid her struggling neighbors before the restaurant will succeed. Unfortunately, Natalie has no desire to help them try to turn things around—she resents the local shopkeepers for leaving her alone to take care of her agoraphobic mother when she was growing up. But with the support of a surprising new friend and a budding romance, Natalie starts to realize that maybe her neighbors really have been there for her all along.” 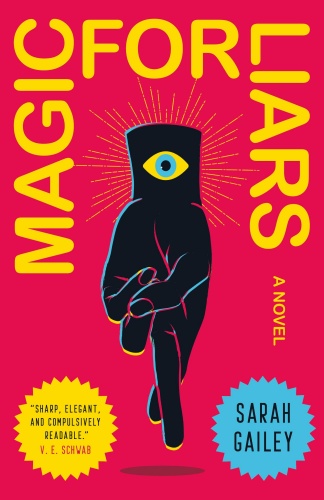 Magic for Liars by Sarah Gailey

“Ivy Gamble was born without magic and never wanted it.

Ivy Gamble is perfectly happy with her life – or at least, she’s perfectly fine.

She doesn’t in any way wish she was like Tabitha, her estranged, gifted twin sister.

Ivy Gamble is a liar.

When a gruesome murder is discovered at The Osthorne Academy of Young Mages, where her estranged twin sister teaches Theoretical Magic, reluctant detective Ivy Gamble is pulled into the world of untold power and dangerous secrets. She will have to find a murderer and reclaim her sister―without losing herself.” 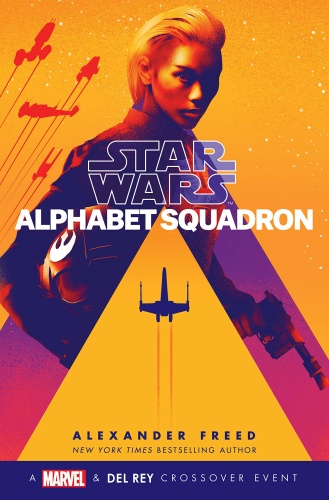 “The Emperor is dead. His final weapon has been destroyed. The Imperial Army is in disarray. In the aftermath, Yrica Quell is just one of thousands of defectors from her former cause living in a deserters’ shantytown—until she is selected to join Alphabet Squadron.

Cobbled together from an eclectic assortment of pilots and starfighters, the five members of Alphabet are tasked by New Republic general Hera Syndulla herself. Like Yrica, each is a talented pilot struggling to find their place in a changing galaxy. Their mission: to track down and destroy the mysterious Shadow Wing, a lethal force of TIE fighters exacting bloody, reckless vengeance in the twilight of their reign.

The newly formed unit embodies the heart and soul of the Rebellion: ragtag, resourceful, scrappy, and emboldened by their most audacious victory in decades. But going from underdog rebels to celebrated heroes isn’t as easy as it seems, and their inner demons threaten them as much as their enemies among the stars. The wayward warriors of Alphabet Squadron will have to learn to fly together if they want to protect the new era of peace they’ve fought so hard to achieve.

Part of a Marvel and Del Rey crossover event, Alphabet Squadron is the counterpart to Marvel’s TIE Fighter miniseries, which follows the exploits of Shadow Wing as they scheme to thwart the New Republic.” 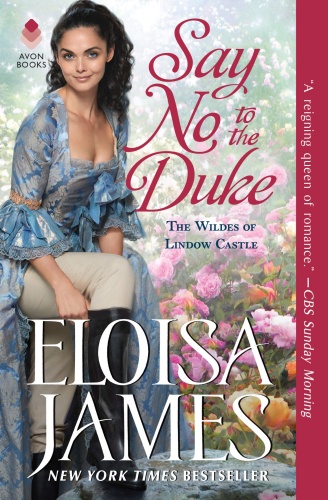 Say No to the Duke: The Wildes of Lindow Castle by Eloisa James

“Lady Betsy Wilde’s first season was triumphant by any measure, and a duke has proposed—but before marriage, she longs for one last adventure.

No gentleman would agree to her scandalous plan—but Lord Jeremy Roden is no gentleman. He offers a wager. If she wins a billiards game, he’ll provide the breeches.

If he wins…she is his, for one wild night.

But what happens when Jeremy realizes that one night will never be enough? In the most important battle of his life, he’ll have to convince Betsy to say no to the duke.” 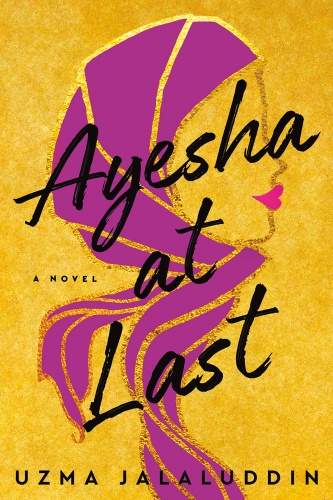 Ayesha At Last by Uzma Jalaluddin

“Ayesha Shamsi has a lot going on. Her dreams of being a poet have been set aside for a teaching job so she can pay off her debts to her wealthy uncle. She lives with her boisterous Muslim family and is always being reminded that her flighty younger cousin, Hafsa, is close to rejecting her one hundredth marriage proposal. Though Ayesha is lonely, she doesn’t want an arranged marriage. Then she meets Khalid, who is just as smart and handsome as he is conservative and judgmental. She is irritatingly attracted to someone who looks down on her choices and who dresses like he belongs in the seventh century.

When a surprise engagement is announced between Khalid and Hafsa, Ayesha is torn between how she feels about the straightforward Khalid and the unsettling new gossip she hears about his family. Looking into the rumors, she finds she has to deal with not only what she discovers about Khalid, but also the truth she realizes about herself.”

Happy reading! What are you currently reading? I am enjoying re-reading Good Omens in light of the new show.