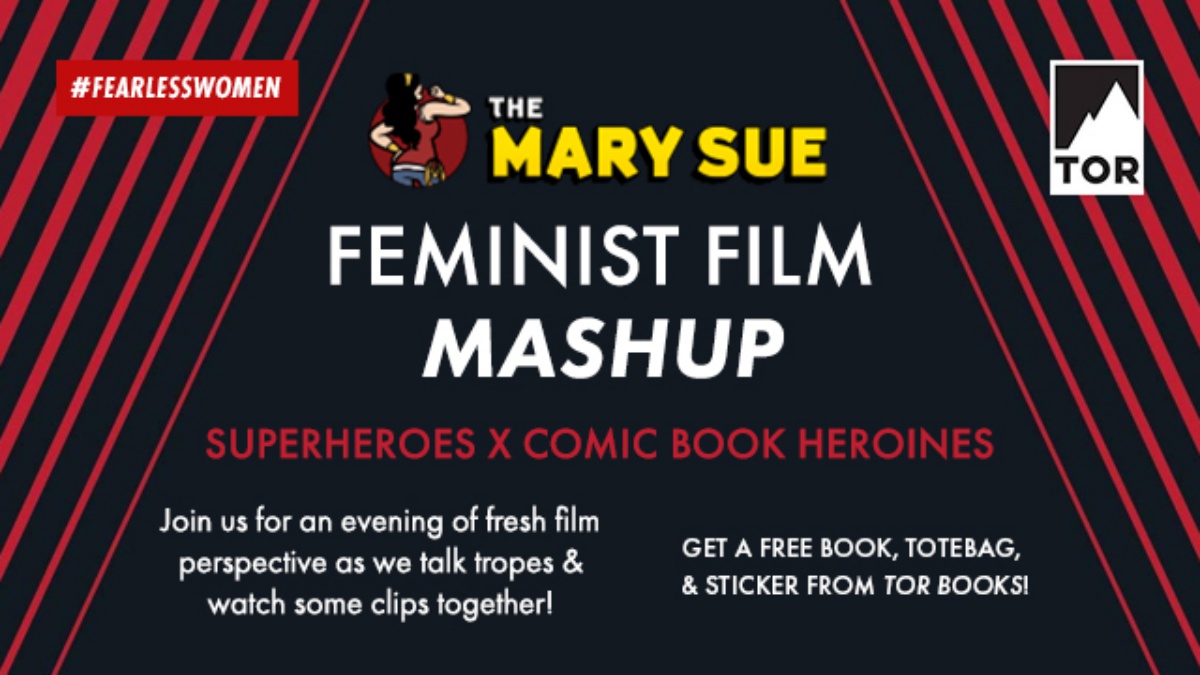 Laurence Maslon, the author of Superheroes!: Capes, Cowls, and the Creation of Comic Book Culture, once said in reference to comics books: “They’re our Greek myths. But the difference is, they’re no longer what the Greek myths were to the Greeks – they’re what they were to western civilization centuries later. We know them so well now. They have outlived the intent of the original.”

When I decided that our second Feminist Film Mashup event was going to be about the evolution (or lack thereof) of comic book heroines in film, I wanted it to be more than just a rundown of “we had a bunch of bad ones, but now we have good ones.” Instead, thinking about this quote from Maslon, I asked myself: “If comics are our new mythology and superheroes our new gods, what do our goddess represent? What do our heroines say about us? And how have they gone beyond their original intent?”

It is with that in mind that I framed this upcoming event. We will be going through some of comics heroines, anti-heroines, and villainesses to see what they say about our ideas of women, the way we visualize female strength, and what is often lost in the adaptation from text to screen.

I wanted to go beyond just DC and Marvel, so the movies Barbarella and Barb Wire will be getting some attention, as well as the cult favorite Tank Girl. I don’t cover everyone’s fave (sorry in advance) but I did attempt to cover a lot of characters, including and not limited to Sue Storm, Jean Grey, Wonder Woman, Elektra, and Supergirl. Our night will be fun, informative, and most of all, offer another lens with which to examine awesome female characters in a medium that I adore. I also read a lot of Joseph Campbell in preparation for this, so I have receipts!

I’m really excited to see you guys there and to give you another opportunity to argue with me in person. Our first Feminist Film Mashup was a sold-out exciting evening, and we can’t wait to see you again.

The event takes place this Thursday, September 27th. at Videology in Brooklyn, NY at 6:45pm and it’ll go until 8:15pm. Afterward, join The Mary Sue staff for drinks at the bar.

Since we sold out last time (thank you!) we took over the whole venue this time around, so there is plenty of room for latecomers. Thanks to our friends at Tor Books, we will be giving away free Tor/The Mary Sue Tote bags, with a paperback copy of Vicious by V.E. Schwab and special ARC for a title not coming out until February by a Nebula-winning author (!!!).

There is also a sticker for Schwab’s Vengeful and a 3-month premium subscription trial card. We will also be hosting a raffle giveaway of fabulously geeky toys and there will be a special video message from author V.E Schwab herself.

I look forward to seeing you all and talking about comic book movies with some food and mighty beverage!

You can buy your tickets here. [Link Fixed]