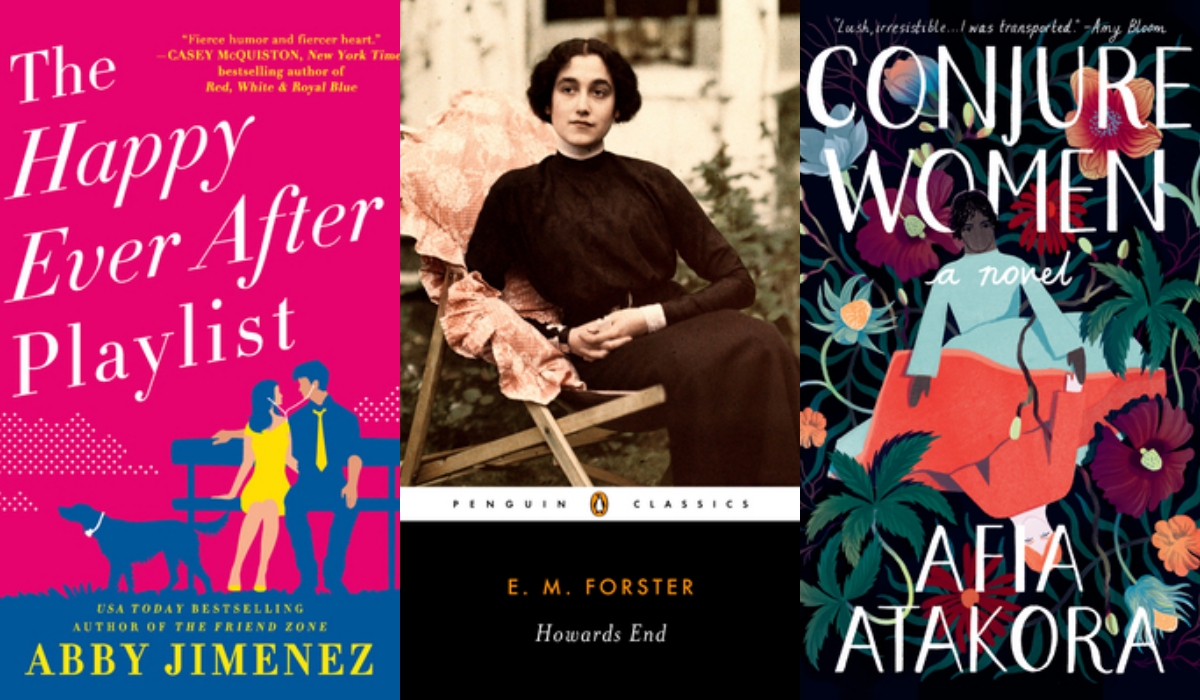 Now more than ever, books have been my escape, and I’m not alone—not rereading massive tomes, but just getting to read something fun and engaging, or even just romantic and light-hearted, has been good. When I do reread classics, I’m grabbing the shorter ones that still pack a huge punch. Today, I’m sharing some titles that have caught my attention, and I’m also adding a classic pick for this month.

Enjoy, and stay safe out there. 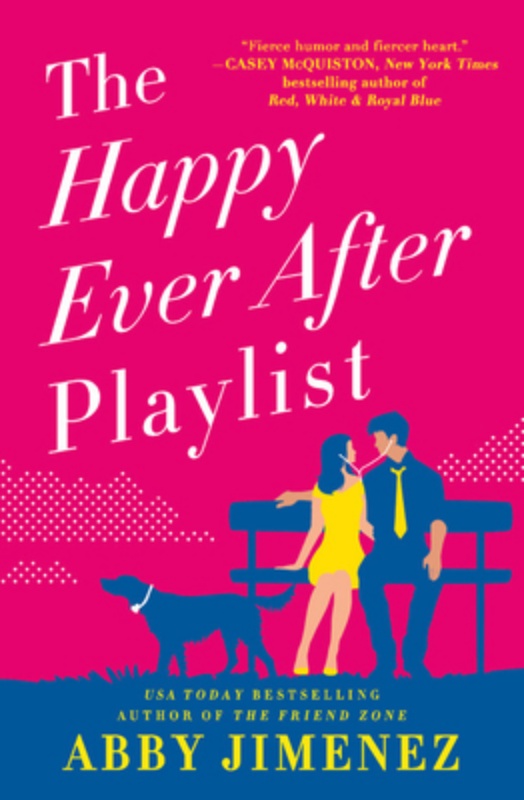 1. The Happy Ever After Playlist by Abby Jimenez

“Two years after losing her fiancé, Sloan Monroe still can’t seem to get her life back on track. But one trouble-making pup with a “take me home” look in his eyes is about to change everything. With her new pet by her side, Sloan finally starts to feel more like herself. Then, after weeks of unanswered texts, Tucker’s owner reaches out. He’s a musician on tour in Australia. And bottom line: He wants Tucker back.

Well, Sloan’s not about to give up her dog without a fight. But what if this Jason guy really loves Tucker? As their flirty texts turn into long calls, Sloan can’t deny a connection. Jason is hot and nice and funny. There’s no telling what could happen when they meet in person. The question is: With his music career on the rise, how long will Jason really stick around? And is it possible for Sloan to survive another heartbreak?” 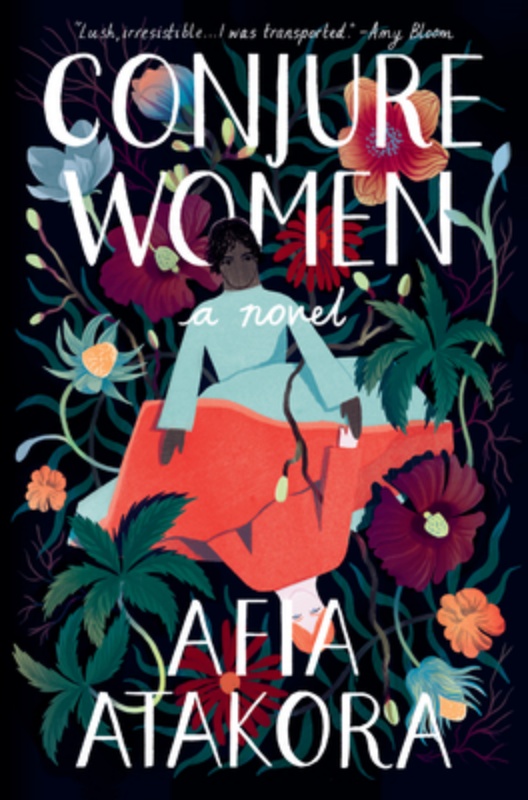 “Conjure Women is a sweeping story that brings the world of the South before and after the Civil War vividly to life. Spanning eras and generations, it tells of the lives of three unforgettable women: Miss May Belle, a wise healing woman; her precocious and observant daughter Rue, who is reluctant to follow in her mother’s footsteps as a midwife; and their master’s daughter Varina. The secrets and bonds among these women and their community come to a head at the beginning of a war and at the birth of an accursed child, who sets the townspeople alight with fear and a spreading superstition that threatens their newly won, tenuous freedom.

Magnificently written, brilliantly researched, richly imagined, Conjure Women moves back and forth in time to tell the haunting story of Rue, Varina, and May Belle, their passions and friendships, and the lengths they will go to save themselves and those they love.” 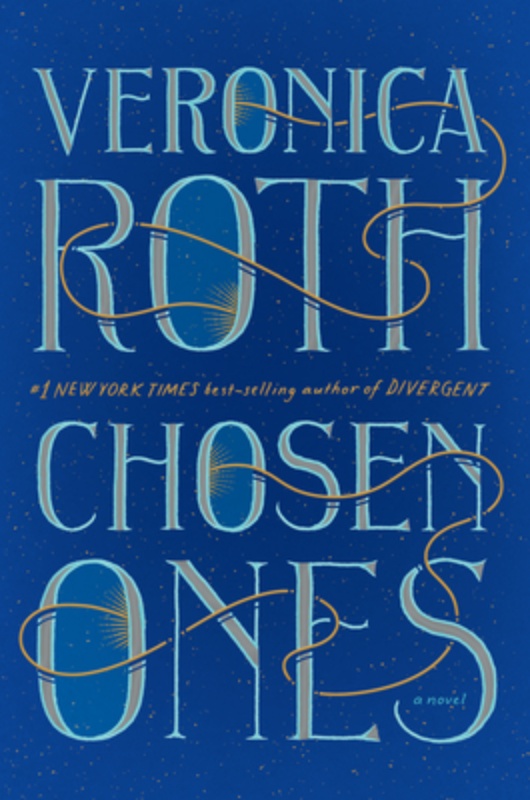 3. Chosen Ones by Veronica Roth

“Fifteen years ago, five ordinary teenagers were singled out by a prophecy to take down an impossibly powerful entity wreaking havoc across North America. He was known as the Dark One, and his weapon of choice—catastrophic events known as Drains—leveled cities and claimed thousands of lives. Chosen Ones, as the teens were known, gave everything they had to defeat him.

After the Dark One fell, the world went back to normal . . . for everyone but them. After all, what do you do when you’re the most famous people on Earth, your only education was in magical destruction, and your purpose in life is now fulfilled?

Of the five, Sloane has had the hardest time adjusting. Everyone else blames the PTSD—and her huge attitude problem—but really, she’s hiding secrets from them . . . secrets that keep her tied to the past and alienate her from the only four people in the world who understand her.

On the tenth anniversary of the Dark One’s defeat, something unthinkable happens: one of the Chosen Ones dies. When the others gather for the funeral, they discover the Dark One’s ultimate goal was much bigger than they, the government, or even prophecy could have foretold—bigger than the world itself.

And this time, fighting back might take more than Sloane has to give.” 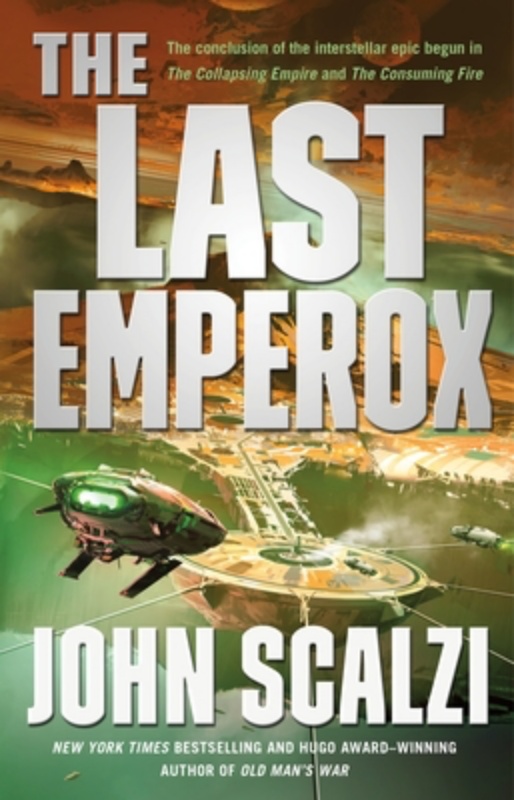 4. The Last Emperox (The Interdependency Book 3) by John Scalzi

“The collapse of The Flow, the interstellar pathway between the planets of the Interdependency, has accelerated. Entire star systems—and billions of people—are becoming cut off from the rest of human civilization. This collapse was foretold through scientific prediction . . . and yet, even as the evidence is obvious and insurmountable, many still try to rationalize, delay and profit from, these final days of one of the greatest empires humanity has ever known.

Emperox Grayland II has finally wrested control of her empire from those who oppose her and who deny the reality of this collapse. But “control” is a slippery thing, and even as Grayland strives to save as many of her people form impoverished isolation, the forces opposing her rule will make a final, desperate push to topple her from her throne and power, by any means necessary. Grayland and her thinning list of allies must use every tool at their disposal to save themselves, and all of humanity. And yet it may not be enough.

Will Grayland become the savior of her civilization . . . or the last emperox to wear the crown?” 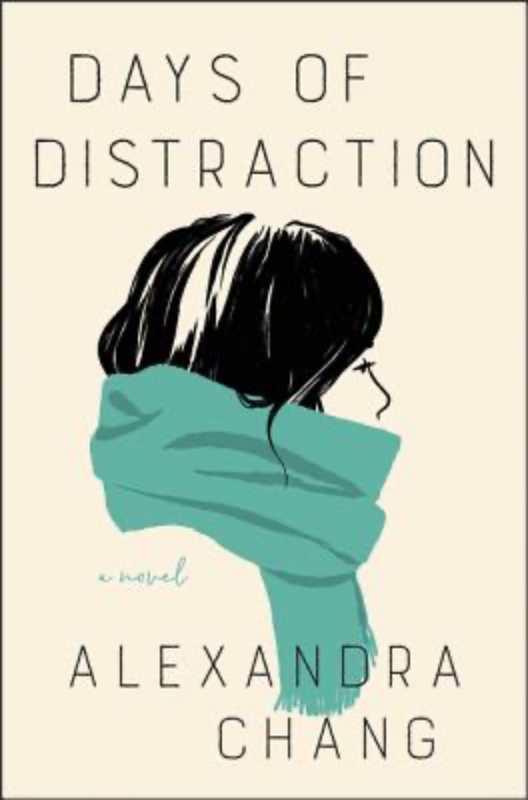 5. Days of Distraction: A Novel by Alexandra Chang

“The plan is to leave. As for how, when, to where, and even why—she doesn’t know yet. So begins a journey for the twenty-four-year-old narrator of Days of Distraction. As a staff writer at a prestigious tech publication, she reports on the achievements of smug Silicon Valley billionaires and start-up bros while her own request for a raise gets bumped from manager to manager. And when her longtime boyfriend, J, decides to move to a quiet upstate New York town for grad school, she sees an excuse to cut and run.

Moving is supposed to be a grand gesture of her commitment to J and a way to reshape her sense of self. But in the process, she finds herself facing misgivings about her role in an interracial relationship. Captivated by the stories of her ancestors and other Asian Americans in history, she must confront a question at the core of her identity: What does it mean to exist in a society that does not notice or understand you?

Equal parts tender and humorous, and told in spare but powerful prose, Days of Distraction is an offbeat coming-of-adulthood tale, a touching family story, and a razor-sharp appraisal of our times.” 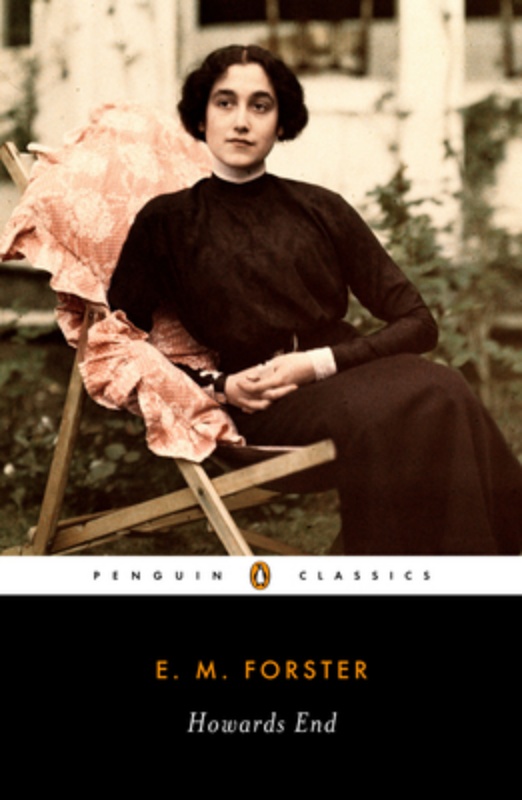 “‘Only connect…’ A chance acquaintance brings together the preposterous bourgeois Wilcox family and the clever, cultured and idealistic Schlegel sisters. As clear-eyed Margaret develops a friendship with Mrs Wilcox, the impetuous Helen brings into their midst a young bank clerk named Leonard Bast, who lives at the edge of poverty and ruin. When Mrs Wilcox dies, her family discovers that she wants to leave her country home, Howards End, to Margaret. Thus as Forster sets in motion a chain of events that will entangle three different families, he brilliantly portrays their aspirations to personal and social harmony. David Lodge’s introduction provides an absorbing and eloquent overture to the 1910 novel that established Forster’s reputation as an important writer, and that he himself later referred to as ‘my best novel.’ This edition also contains a note on the text, suggestions for further reading, and explanatory notes.”