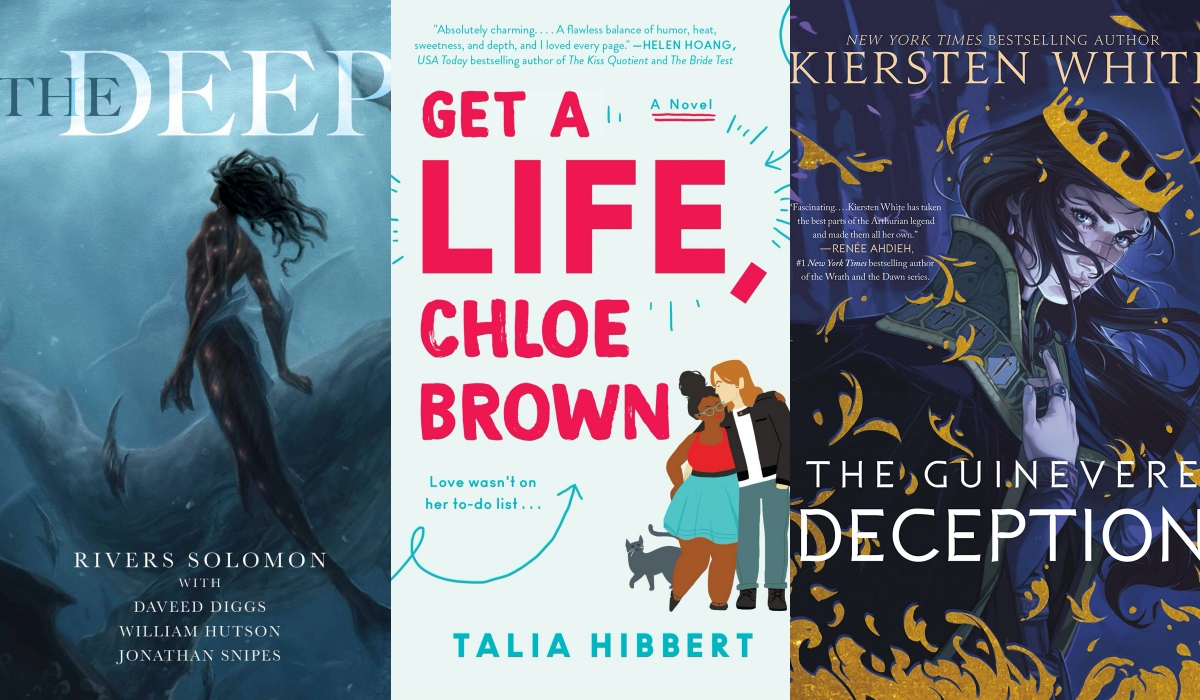 How did it become November already? Now we have to prepare for the Turkey slaughter and then the pounding of Christmas music in every ear like the disaster it all is. But that makes it the perfect time to tell your parents that you have to read this romance/sci-fi/ya novel for school because you study the humanities and that’s just the way it is. 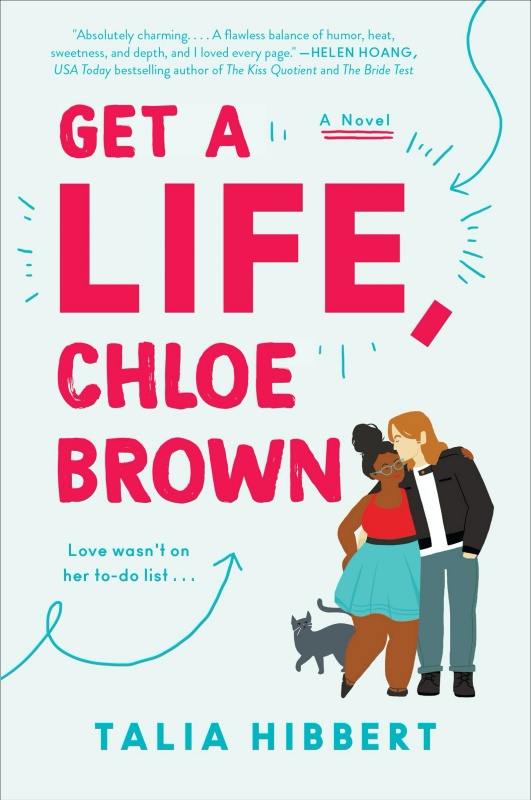 Get a Life, Chloe Brown: A Novel (The Brown Sisters Book 1)
by Talia Hibbert

“Chloe Brown is a chronically ill computer geek with a goal, a plan, and a list. After almost—but not quite—dying, she’s come up with seven directives to help her “Get a Life”, and she’s already completed the first: finally moving out of her glamorous family’s mansion. The next items?

Enjoy a drunken night out.
Ride a motorcycle.
Go camping.
Have meaningless but thoroughly enjoyable sex.
Travel the world with nothing but hand luggage.
And… do something bad.
But it’s not easy being bad, even when you’ve written step-by-step guidelines on how to do it correctly. What Chloe needs is a teacher, and she knows just the man for the job.

Redford ‘Red’ Morgan is a handyman with tattoos, a motorcycle, and more sex appeal than ten-thousand Hollywood heartthrobs. He’s also an artist who paints at night and hides his work in the light of day, which Chloe knows because she spies on him occasionally. Just the teeniest, tiniest bit.

But when she enlists Red in her mission to rebel, she learns things about him that no spy session could teach her. Like why he clearly resents Chloe’s wealthy background. And why he never shows his art to anyone. And what really lies beneath his rough exterior…” 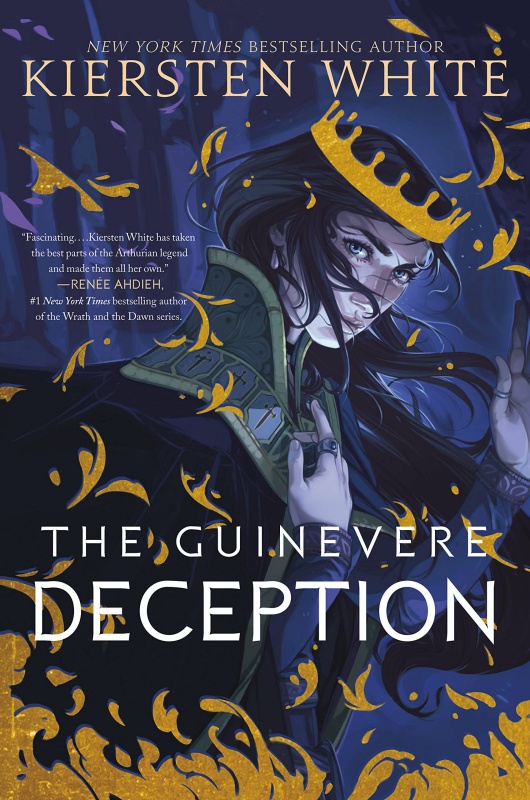 “Princess Guinevere has come to Camelot to wed a stranger: the charismatic King Arthur. With magic clawing at the kingdom’s borders, the great wizard Merlin conjured a solution–send in Guinevere to be Arthur’s wife . . . and his protector from those who want to see the young king’s idyllic city fail. The catch? Guinevere’s real name–and her true identity–is a secret. She is a changeling, a girl who has given up everything to protect Camelot.

To keep Arthur safe, Guinevere must navigate a court in which the old–including Arthur’s own family–demand things continue as they have been, and the new–those drawn by the dream of Camelot–fight for a better way to live. And always, in the green hearts of forests and the black depths of lakes, magic lies in wait to reclaim the land.

Deadly jousts, duplicitous knights, and forbidden romances are nothing compared to the greatest threat of all: the girl with the long black hair, riding on horseback through the dark woods toward Arthur. Because when your whole existence is a lie, how can you trust even yourself?” 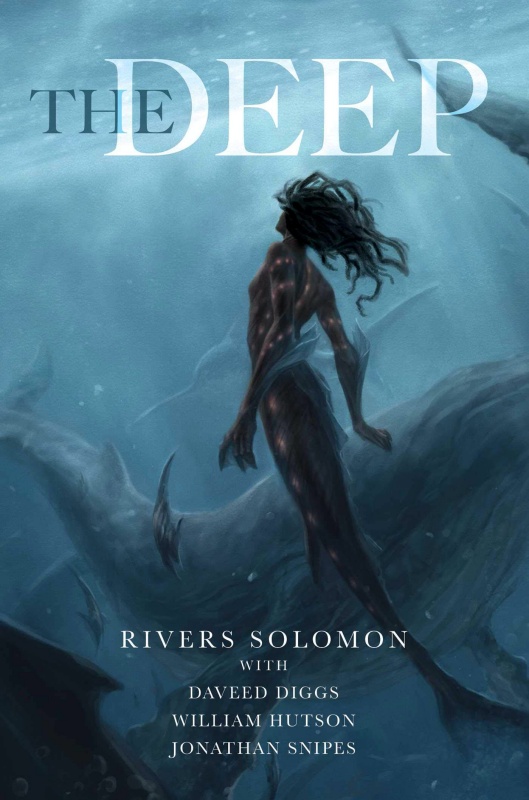 “Yetu holds the memories for her people—water-dwelling descendants of pregnant African slave women thrown overboard by slave owners—who live idyllic lives in the deep. Their past, too traumatic to be remembered regularly, is forgotten by everyone, save one—the historian. This demanding role has been bestowed on Yetu.

Yetu remembers for everyone, and the memories, painful and wonderful, traumatic and terrible and miraculous, are destroying her. And so, she flees to the surface, escaping the memories, the expectations, and the responsibilities—and discovers a world her people left behind long ago.

Yetu will learn more than she ever expected to about her own past—and about the future of her people. If they are all to survive, they’ll need to reclaim the memories, reclaim their identity—and own who they really are.” 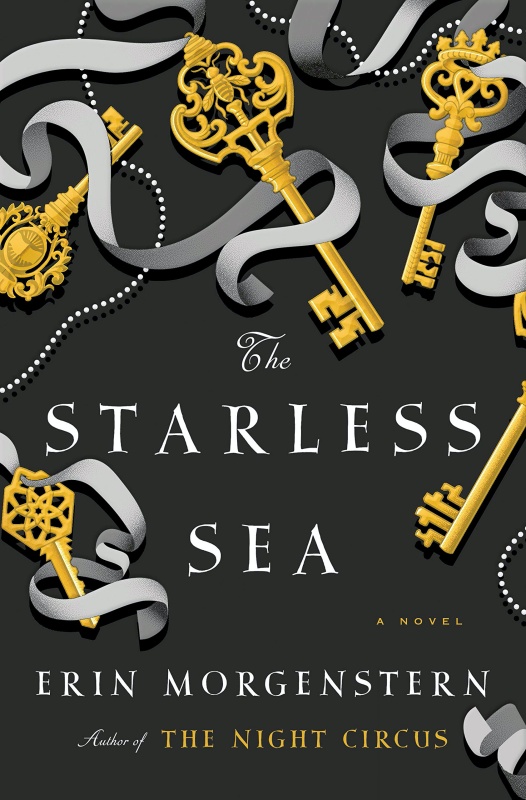 The Starless Sea: A Novel
by Erin Morgenstern

“Zachary Ezra Rawlins is a graduate student in Vermont when he discovers a mysterious book hidden in the stacks. As he turns the pages, entranced by tales of lovelorn prisoners, key collectors, and nameless acolytes, he reads something strange: a story from his own childhood.

Bewildered by this inexplicable book and desperate to make sense of how his own life came to be recorded, Zachary uncovers a series of clues—a bee, a key, and a sword—that lead him to a masquerade party in New York, to a secret club, and through a doorway to an ancient library hidden far below the surface of the earth. What Zachary finds in this curious place is more than just a buried home for books and their guardians—it is a place of lost cities and seas, lovers who pass notes under doors and across time, and of stories whispered by the dead. Zachary learns of those who have sacrificed much to protect this realm, relinquishing their sight and their tongues to preserve this archive, and also of those who are intent on its destruction. Together with Mirabel, a fierce, pink-haired protector of the place, and Dorian, a handsome, barefoot man with shifting alliances, Zachary travels the twisting tunnels, darkened stairwells, crowded ballrooms, and sweetly soaked shores of this magical world, discovering his purpose—in both the mysterious book and in his own life.’ 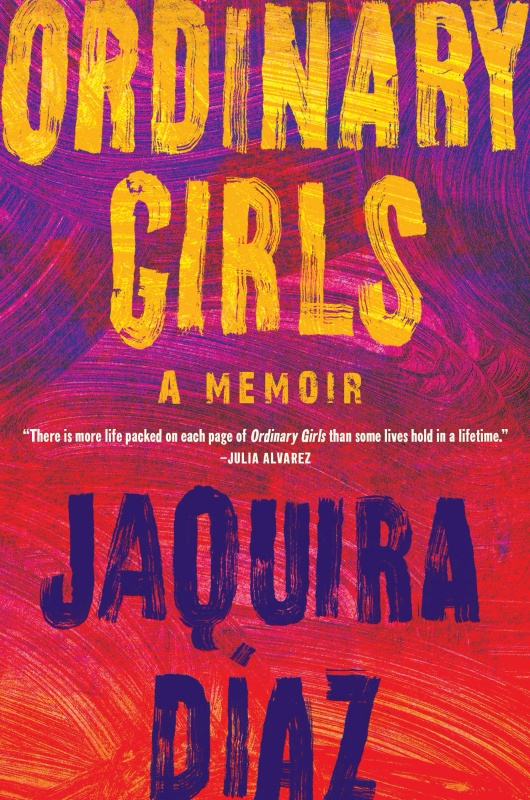 “In this searing memoir, Jaquira Díaz writes fiercely and eloquently of her challenging girlhood and triumphant coming of age.

While growing up in housing projects in Puerto Rico and Miami Beach, Díaz found herself caught between extremes. As her family split apart and her mother battled schizophrenia, she was supported by the love of her friends. As she longed for a family and home, her life was upended by violence. As she celebrated her Puerto Rican culture, she couldn’t find support for her burgeoning sexual identity. From her own struggles with depression and sexual assault to Puerto Rico’s history of colonialism, every page of Ordinary Girls vibrates with music and lyricism. Díaz writes with raw and refreshing honesty, triumphantly mapping a way out of despair toward love and hope to become her version of the girl she always wanted to be.” 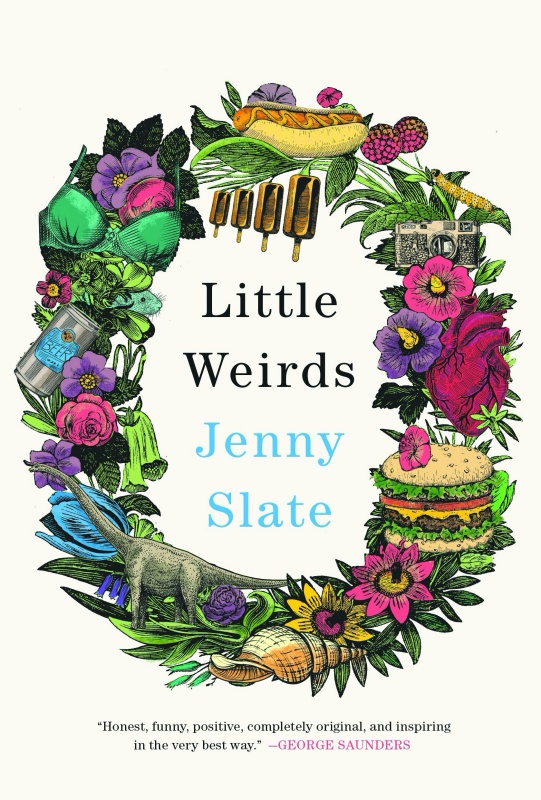 “Hello! I looked into my brain and found a book. Here it is. Inside you will find:
The smell of honeysuckle
Depression
A French-kissing rabbit
A haunted house
Death
A vagina singing sad old songs
Young geraniums in an ancient castle
Birth
A dog who appears in dreams as a spiritual guide
Divorce
Emotional horniness
The ghost of a sea captain
And more
I hope you enjoy these little weirds.