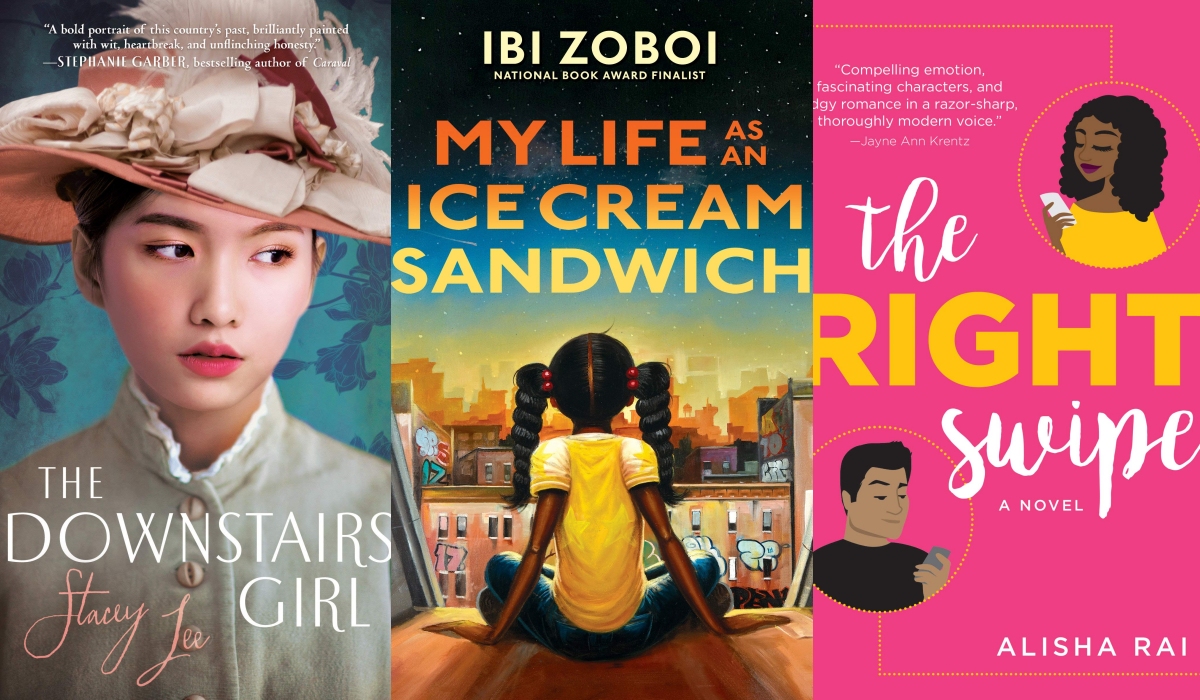 It’s officially the last month of summer. Where did the time go? Soon it’ll be Fall and instead of the intense heat, we will be back in the world of Winter. I’m not looking forward to it. So as you get those last-minute beach reads, here are some titles to enjoy while you are soaking up some rays (with sunscreen) or just sitting in your room pumping that air conditioning, trying not to think of the electricity bill. 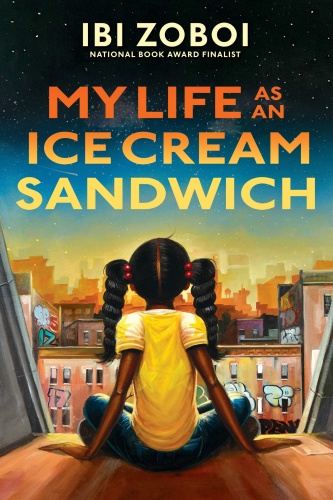 My Life as an Ice Cream Sandwich by Ibi Zoboi

National Book Award-finalist Ibi Zoboi makes her middle-grade debut with a moving story of a girl finding her place in a world that’s changing at warp speed.

“Twelve-year-old Ebony-Grace Norfleet has lived with her beloved grandfather Jeremiah in Huntsville, Alabama ever since she was little. As one of the first black engineers to integrate NASA, Jeremiah has nurtured Ebony-Grace’s love for all things outer space and science fiction—especially Star Wars and Star Trek. But in the summer of 1984, when trouble arises with Jeremiah, it’s decided she’ll spend a few weeks with her father in Harlem.

Harlem is an exciting and terrifying place for a sheltered girl from Hunstville, and Ebony-Grace’s first instinct is to retreat into her imagination. But soon 126th Street begins to reveal that it has more in common with her beloved sci-fi adventures than she ever thought possible, and by summer’s end, Ebony-Grace discovers that Harlem has a place for a girl whose eyes are always on the stars.” 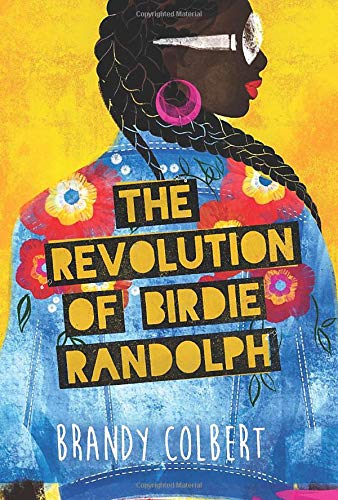 The Revolution of Birdie Randolph by Brandy Colbert

“Dove “Birdie” Randolph works hard to be the perfect daughter and follow the path her parents have laid out for her: She quit playing her beloved soccer, she keeps her nose buried in textbooks, and she’s on track to finish high school at the top of her class. But then Birdie falls hard for Booker, a sweet boy with a troubled past…whom she knows her parents will never approve of.

When her estranged aunt Carlene returns to Chicago and moves into the family’s apartment above their hair salon, Birdie notices the tension building at home. Carlene is sweet, friendly, and open-minded–she’s also spent decades in and out of treatment facilities for addiction. As Birdie becomes closer to both Booker and Carlene, she yearns to spread her wings. But when long-buried secrets rise to the surface, everything she’s known to be true is turned upside down.”

Color Me In by Natasha Díaz

Who is Nevaeh Levitz?

“Growing up in an affluent suburb of New York City, sixteen-year-old Nevaeh Levitz never thought much about her biracial roots. When her Black mom and Jewish dad split up, she relocates to her mom’s family home in Harlem and is forced to confront her identity for the first time.

Nevaeh wants to get to know her extended family, but one of her cousins can’t stand that Nevaeh, who inadvertently passes as white, is too privileged, pampered, and selfish to relate to the injustices they face on a daily basis as African Americans. In the midst of attempting to blend their families, Nevaeh’s dad decides that she should have a belated bat mitzvah instead of a sweet sixteen, which guarantees social humiliation at her posh private school. Even with the push and pull of her two cultures, Nevaeh does what she’s always done when life gets complicated: she stays silent.

It’s only when Nevaeh stumbles upon a secret from her mom’s past, finds herself falling in love, and sees firsthand the prejudice her family faces that she begins to realize she has a voice. And she has choices. Will she continue to let circumstances dictate her path? Or will she find power in herself and decide once and for all who and where she is meant to be?” 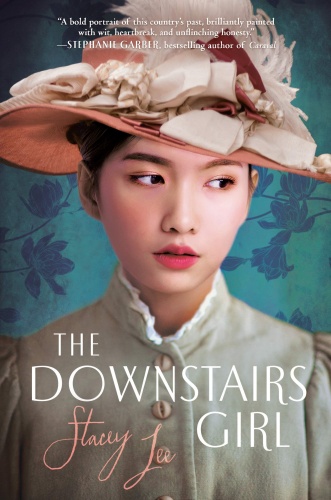 The Downstairs Girl by Stacey Lee

From the critically-acclaimed author of Under a Painted Sky and Outrun the Moon and founding member of We Need Diverse Books comes a powerful novel about identity, betrayal, and the meaning of family.

“By day, seventeen-year-old Jo Kuan works as a lady’s maid for the cruel daughter of one of the wealthiest men in Atlanta. But by night, Jo moonlights as the pseudonymous author of a newspaper advice column for the genteel Southern lady, “Dear Miss Sweetie.” When her column becomes wildly popular, she uses the power of the pen to address some of society’s ills, but she’s not prepared for the backlash that follows when her column challenges fixed ideas about race and gender. While her opponents clamor to uncover the secret identity of Miss Sweetie, a mysterious letter sets Jo off on a search for her own past and the parents who abandoned her as a baby. But when her efforts put her in the crosshairs of Atlanta’s most notorious criminal, Jo must decide whether she, a girl used to living in the shadows, is ready to step into the light. With prose that is witty, insightful, and at times heartbreaking, Stacey Lee masterfully crafts an extraordinary social drama set in the New South.” 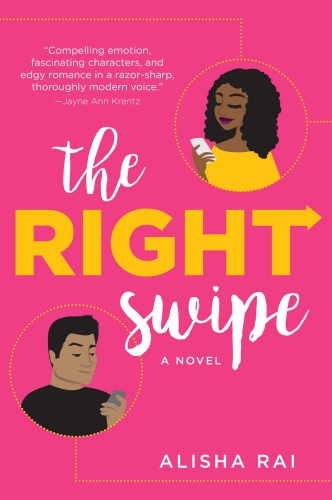 The Right Swipe: A Novel by Alisha Rai

Alisha Rai returns with a sizzling new novel, in which two rival dating app creators find themselves at odds in the boardroom but in sync in the bedroom.

“Rhiannon Hunter may have revolutionized romance in the digital world, but in real life she only swipes right on her career—and the occasional hookup. The cynical dating app creator controls her love life with a few key rules:

– Nude pics are by invitation only

– If someone stands you up, block them with extreme prejudice

Only there aren’t any rules to govern her attraction to her newest match, former pro-football player Samson Lima. The sexy and seemingly sweet hunk woos her one magical night… and disappears.

Rhi thought she’d buried her hurt over Samson ghosting her, until he suddenly surfaces months later, still big, still beautiful—and in league with a business rival. He says he won’t fumble their second chance, but she’s wary. A temporary physical partnership is one thing, but a merger of hearts? Surely that’s too high a risk…” 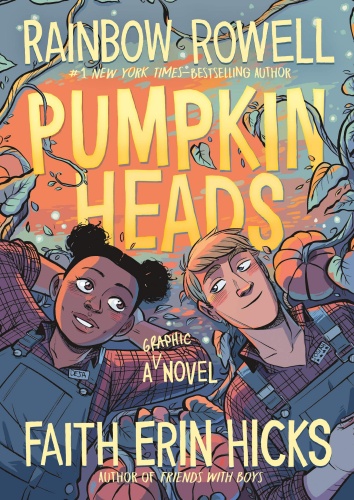 In Pumpkinheads, beloved #1 New York Times bestselling author Rainbow Rowell and Eisner Award-winning artist Faith Erin Hicks have teamed up to create this tender and hilarious story about two irresistible teens discovering what it means to leave behind a place―and a person―with no regrets.

But this Halloween is different―Josiah and Deja are finally seniors, and this is their last season at the pumpkin patch. Their last shift together. Their last good-bye.

Josiah’s ready to spend the whole night feeling melancholy about it. Deja isn’t ready to let him. She’s got a plan: What if―instead of moping and the usual slinging lima beans down at the Succotash Hut―they went out with a bang? They could see all the sights! Taste all the snacks! And Josiah could finally talk to that cute girl he’s been mooning over for three years . . .

What if their last shift was an adventure?” 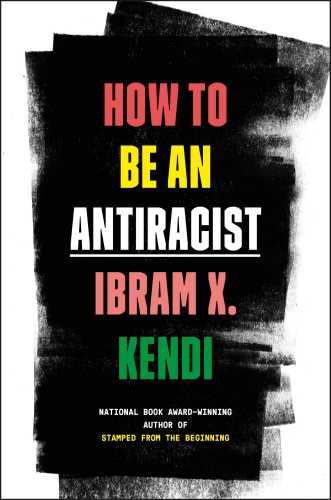 How to Be an Antiracist by Ibram X. Kendi

From the National Book Award–winning author of Stamped from the Beginning comes a bracingly original approach to understanding and uprooting racism and inequality in our society—and in ourselves.

“‘The only way to undo racism is to consistently identify and describe it—and then dismantle it.’

Ibram X. Kendi’s concept of antiracism reenergizes and reshapes the conversation about racial justice in America—but even more fundamentally, points us toward liberating new ways of thinking about ourselves and each other. In How to Be an Antiracist, Kendi asks us to think about what an antiracist society might look like, and how we can play an active role in building it.

In this book, Kendi weaves an electrifying combination of ethics, history, law, and science, bringing it all together with an engaging personal narrative of his own awakening to antiracism. How to Be an Antiracist is an essential work for anyone who wants to go beyond an awareness of racism to the next step: contributing to the formation of a truly just and equitable society.”