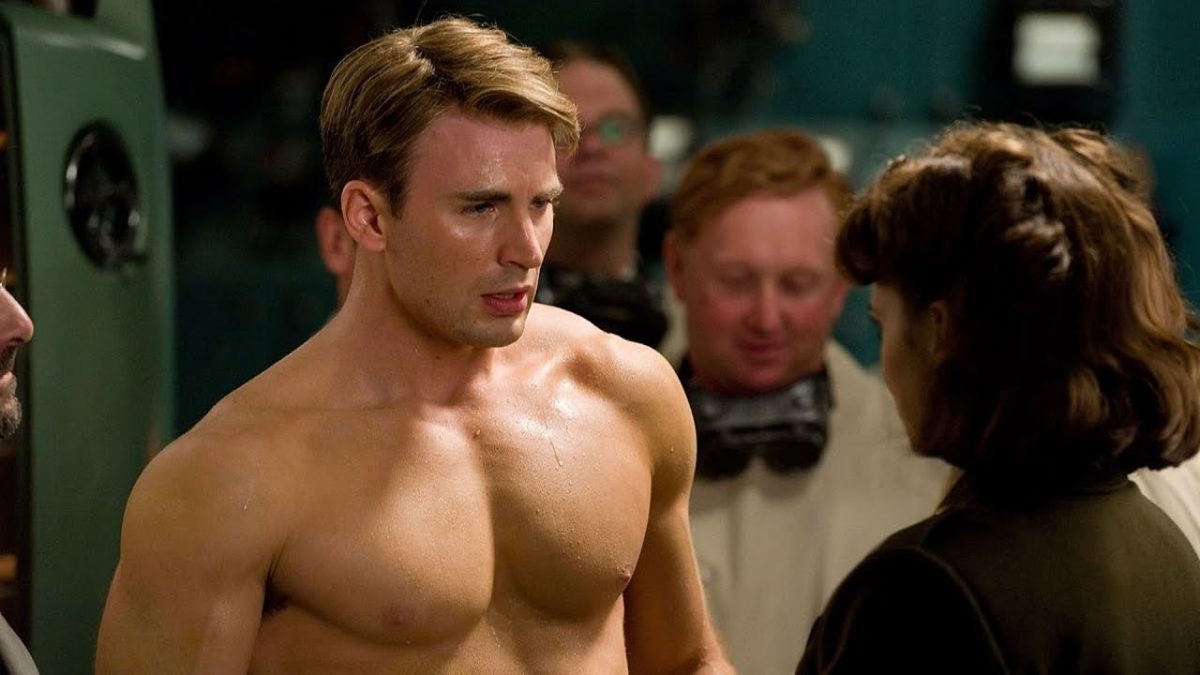 I am a humble servant of the people, and with that, I must bring the knowledge that Marvel and the MCU has a problem, apparently, with chest hair. Never have I stopped to look at the chest hair situation of Marvel before (shocking for me as a person, I know), but suddenly, I realized that it seems as if all our favorite heroes have regular appointments with their waxer.

For pectoral evidence (get it?), please gaze upon these shirtless comparisons. It seems as if Marvel continually makes the conscious choice to wax the chest of its male stars, and I just have a lot of questions because of all the beauty standards to uphold, why is this the one they make effort in keeping up with? I’d also like to personally apologize to my older brother. I know your fear was me falling in love with muscular superheroes, and I’m just making it worse by talking about their chest hair. My thoughts and prayers to you.

First, there is Chris Evans. As Johnny Storm over at Fox in their Fantastic Four movies, Evans showed his chest hair as he yelled “flame on,” and there seemed to be no problem.

But then, as Peggy Carter lightly taps Steve Rogers’ chest upon Evan’s arrival in Marvel movies, poof! Chest hair is waxed. Who in the 1940s used waxing for men’s chests? It’s also a strange choice because, yes, small and sick Steve Rogers not having chest hair tracks, but wouldn’t the “idea” of a man who is, essentially, a super man, be okay with chest hair? (To be fair, it’s okay either way, but Chris Evans himself has chest hair, so why not just … keep it?)

The one that really got me thinking was Bucky Barnes. If we look at him in Captain America: The First Avenger, Bucky has a lot of chest hair when he comes back from Hydra with Steve.

Now, there are a few heroes that I could not find sources of chest hair prior to their involvement with the MCU, and some who had a little that is now gone when they’re shirtless on screen—one of which is Robert Downey Jr., who does have chest hair, but it just happens to be exactly where the arc reactor lies.

So then, as you see this man with a razor ready to attack, they got rid of the chest hair that existed, but for good reason. We’ve got to protect Tony Stark’s heart!

From there, there is both Chadwick Boseman and Michael B. Jordan, who both have been kind of shirtless in their Marvel careers as well as outside of them, and it doesn’t seem like they have chest hair either way. It could be a personal preference or a Marvel one, but we don’t know (though we’d be happy for them to let us know).

Surprisingly though, one of the few who actually got to keep his chest hair is Paul Rudd as Scott Lang. Maybe because we were all more concerned with the knowledge that Paul Rudd has a six-pack that none of us were aware of. (At least I certainly wasn’t.)

Another man rocking chest hair in the MCU is Mark Ruffalo, and to be fair, I think it was widely known that Mark Ruffalo had chest hair long before he stumbled into our Bruce Banner-loving lives, so to wax him seems like a daunting task.

I guess honorable mentions also go to Chris Hemsworth, who may or may not choose to be hairless…

And Tom Holland, a boy who I’m 90% sure cannot grow chest hair because he’s openly talked about his mustache problem.

This shows, more than anything, that Marvel is upholding an extremely strange beauty standard for men. I can only speak for myself, but there was never a part of me that hated the idea of chest hair. So, for the Marvel Cinematic Universe to take such a stand for nearly every man they have shirtless? It’s a bit strange. If it was just Steve Rogers or just the bit of Robert Downey Jr.’s actual chest hair shaved (because it’s where the arc reactor is) fine.

But it is almost every man whoever dares to walk around with muscles out, and I have to know who made this decision, because I have some questions.