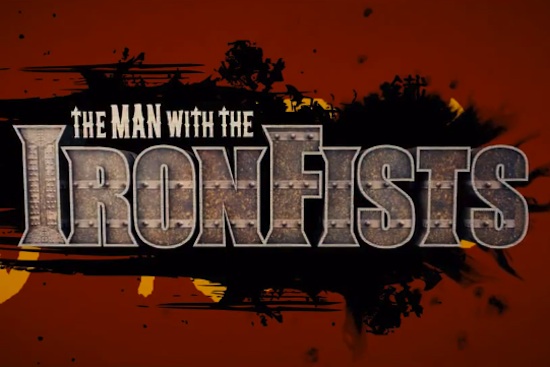 Originally announced back in 2008, the directorial debut of popular rapper, producer, CEO, multi-instrumentalist, RZA has been a long time coming. Called The Man With the Iron Fists, the kung-fu film boasts a strong ensemble cast, pretty kick-ass looking visuals, Eli Roth with a writing and producing credit, and Quentin Tarantino is attached somehow. Anyway, a dude gets his eye punched out. See the video below.

Unfortunately, we don’t get much of a sense of the plot, scope, or characters of the film. We do however see a lot of Lucy Liu.

What’s a bit troubling about the trailer is that it is extremely frenetic. Franticly frenetic, even. If that results in a confused mess of a movie with interesting visuals, but is otherwise dull, then it will be a failure. However, I think we can expect a lot from RZA and Roth on this — though the fact that the first cut of the movie ran nearly four hours is a bit disconcerting.

Though trailers are always misleading, it’s a sure thing that this is going be an experience. And a soundtrack with music by RZA, Wu Tang Clan, The Black Keys, Kanye West, and Wiz Khalifa doesn’t hurt either. I’ll certainly be keeping my eyes peeled.