David Bowie may be gone (back to his home planet), but he is certainly not forgotten. This year marks the 40th anniversary of The Man Who Fell to Earth, the sci-fi flick which may or may not be Bowie’s autobiography. Actually, it’s loosely based on the novel by Walter Tevis.

The story follows an alien (Bowie) who heads to our giant blue planet in search of water for his dying world. He takes on the name Thomas Jerome Newton and builds up a high-tech company in order to fund his way back home. While making his fortune, he falls in love with a clerk named Mary-Lou. The big question, however, is will he ever make it home?

Those in the U.K. who haven’t already seen the movie can find out on September 9th, when it’s re-released in theaters. Fans will get to see Bowie in bright new colors thanks to a 4K restoration just in time for the special occasion.

“I had been disappointed with previous editions of the film for which I hadn’t been involved in the grading process,” said cinematographer Anthony Richmond, who worked closely on the project, according to IndieWire. “The colourist Steve Bearman and I have brought the new 4k restoration in line with the original film print. I felt that certain scenes were lacking that look and feel.”

If you can’t it make out to theaters, you’ll have a chance to grab the newly restored film on DVD, Blu-Ray and digital on Oct. 24. Per Gizmodo, you can also grab a vinyl version of the soundtrack on Nov. 18. 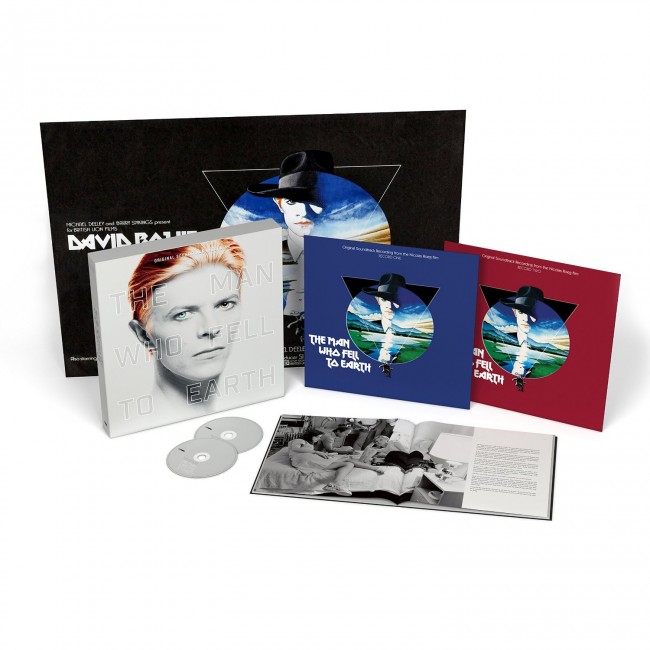 The box set comes with the vinyl, a CD version, a poster, a 48-page hardcover book with rare photos, and a new essay from music critic, Paolo Hewitt. You could say it’s out of this world. (Sorry,  I had to.)