In The Long Dark, things are quiet. Unnervingly so. Often the only sound you hear as you play is the crunch of snow under foot, and the wind whistling sharply. The “quiet apocalypse” that serves as the game’s setting is true to its name.

You might expect Canadian developer Hinterland to be just as quiet. The silence in the game’s setting is deceiving, however–it masks a silent rebellion by humanity to survive the silently raging tragedy. Even the first episode of The Long Dark’s highly-anticipated story mode is titled “Do Not Go Gentle”.

Likewise, Hinterland may be unassuming, but they speak up at all the right times. When the team decided to delay the release of The Long Dark’s story mode, they announced that it was due, in part, to the decision to make Dr. Astrid Greenwood into a main character. They were so devoted to this, in fact, that they delayed story mode an entire year.

Dr. Astrid Greenwood has been one of the two playable characters in The Long Dark since the release of sandbox mode. Originally, however, Hinterland wasn’t planning on including her as a playable character in the story mode. Wil Mackenzie, the male protagonist, was slated to be the star of every story mode episode. Mackenzie would be chasing after Dr. Greenwood, trying to reunite with her. Now, players will be able to control the fight for a reunion from both sides. 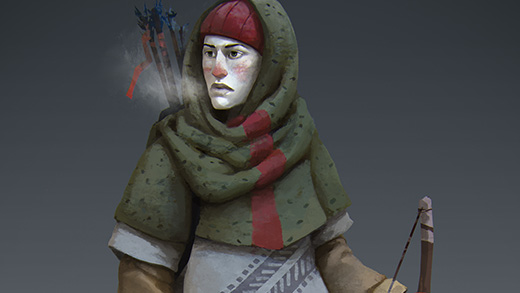 Over the course of development, Raphael van Lierop, head writer and creative director for The Long Dark, realized that the game needed Dr. Greenwood in a more central role. As the scope and popularity of the game grew, van Lierop and his writing partner, Marianne Krawczyk, decided to make Dr. Greenwood more than a secondary character.

In a community update posted in 2014, van Lierop officially announced the delay and the reasoning behind it.

“The thing that excited me most was what this would mean for our story,” van Lierop wrote. “The modest story of grounded Canadian bush pilot Will Mackenzie was too small for our ambitions.”

This addition would require a delay in the story mode release, as well as a reworking of a lot of intended milestones. Some features on the road map were pushed further down the pipeline to make way for Dr. Greenwood. While this was not the first delay from Hinterland (the game was initially set to release in 2014), it was the first delay that came with a tangible reason.

Dr. Greenwood wasn’t the only addition to the game being added in the delay. The announcement also included advancements in the motion-graphic cinematics, public experimental branches, and more. While delaying the release was a multi-faceted decision, van Lierop hammered home that Dr. Greenwood was a big part of it.

“Two reasons. The first reason is that it’ll let us tell a better story, the story we really want to tell,” wrote van Lierop. “The second reason is because it’s 2016 and I have a daughter and she should be able to grow up in a world where she has strong female characters to play and look up to. (I also have a son, and he should also have the choice to play a strong female character if he likes. And not in a Mass Effect kind of “be male or female Shepherd” kind of way, but in the kind of way where you play two distinct characters, and experience two distinct points of view.)”

While news of the delay was met with expected disdain, the community has been able to rein-in some of the more sexist comments. The push-back faded fairly rapidly, a testament to the community Hinterland had formed. (Of course, this didn’t stop some players from perceiving Astrid as “physically slower” or “always complaining”, despite the movement speed and amount of comments from the characters being absolutely identical.)

Thankfully, this delay didn’t deter the hype train one bit. The first two episodes of story mode released on August 1st, and were coupled with the announcement that we’d be seeing a full-length movie sometime in the future. While the wait has been long, players are eager to dig in and see what these long-awaited episodes hold for both Mackenzie and Dr. Greenwood.

Hinterland stands as a testament to those who might be disheartened by the ever-present voices of derision in the gaming community. More than ever, we see community members complaining about inclusivity in games. Hinterland has quietly but confidently taken a stand by eschewing a timely release in favor of a broadened spectrum of diversity. By its development alone, The Long Dark reminds those of us who fight for diversity in games to “not go gentle into that good night”.

Amy is a gamer by day and writer by night. Author, thespian, journalist, incessant gamer, and general ne’er-do-well. All her creations are likely coffee-fueled. If you’d like to find out more about her, head to http://amyjosuweit.weebly.com.