Link is outnumbered in more ways than one. 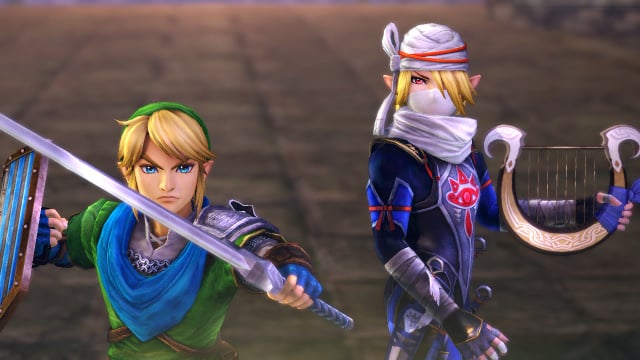 The Legend of Zelda has always been Link’s story. Sure, Ganon might be raising a dark army, and Zelda may be the magical princess, but it’s a boy’s journey. Only he can wield the Master Sword, yada, yada, yada.

Hyrule Warriors feels less about Link and more about, well, whoever you want.

Actually, Link has somehow stumbled into a sisterhood of powerful women—there’s Zelda, who is, mind you, out fighting with her guards, not sitting idle in her castle. Her protector Impa, the mysterious Sheik (ahem), the sorceress Lana… more female characters than male are taking charge on the battlefields of Hyrule Kingdom.

Which is totally OK with me.

Hyrule Warriors (out for Wii U today in North America) is, quite simply, a Zelda-meets-Dynasty-Warriors game. So instead of leisurely roaming forests and fields and mountains and delving in dungeons, you’re a commander of troops, striking down masses of tiny enemies and some big ones, too. Like, really big. We’re talking dragons here. And monsters like this: 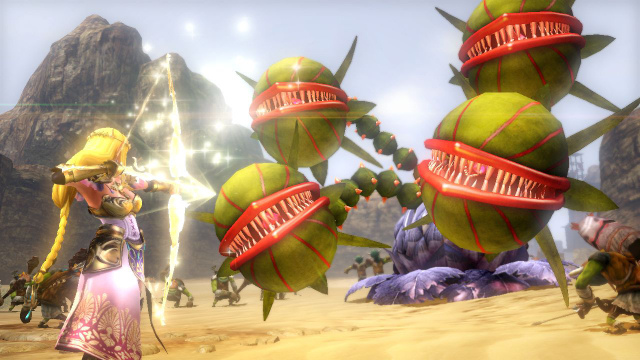 The goal is to capture different keeps and prevent them from falling into enemy hands. That means stepping in when your warriors and guards are overwhelmed by tougher foes (the leaders of the packs) and overtaking various outposts stationed around the battlefield so that you’re dominating as much territory as possible. This is all laid out very tactically on your map—red globs represent bad guys, blue blobs show the good guys, and flashing sections are where you better high-tail it to before something bad happens and the enemy gains the upper hand.

Once you figure out the flow and pattern of battle, winning each stage isn’t all that complicated. You might have to juggle priorities—do you aid the struggling Hylian guard or intercept the enemy forces up ahead?—and several times I had to restart from a checkpoint because I failed an objective. But for the most part hacking and slashing your way through Hyrule is relatively pleasant given the whole land-thrown-into-darkness thing.

Part of that has to do with killing enemies or breaking pots and having rupees (the crystal-like currency of Hyrule) explode all over the place in a colorful, shiny shower. You get to throw giant bombs, unleash some seriously cool charged-up moves and combos, and kill small herds of Moblins. It’s very therapeutic, like you’ve been waiting to do this in Zelda for a long time. I felt kind of bad slicing through rows of Gorons, who look like adorable teddy bears, but this is war, baby, and Death Mountain was mine. 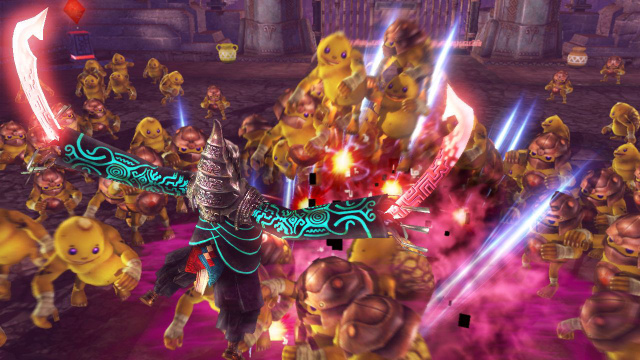 Another reason is because you’re plowing through the series’ timeline like you just don’t care. Hyrule Warriors whisks you off to different eras and locations from across the Zelda games, such as Skyward Sword’s Skyloft, Twilight Princess’ Twilight Fields, and Ocarina of Time’s Lake Hylia (complete with a thankfully less confusing Water Temple). Characters from those games appear and fight together, like Midna, Darunia, and Ghirahim.

While Hyrule Warriors is mindless fun, it’s also repetitive. Sure, developers Omega Force (Dynasty Warriors) and Team Ninja (Ninja Gaiden) did a good job mixing up the events in battle and steadily introducing new playable warriors to try out, but the core of the game remains unchanged from scenario to scenario.

For example, acquiring different power-ups enables you to clear away huge vines or eliminate Deku Baba plants that spew poisonous clouds in your path. The Death Mountain stage features dangerous boulders tumbling down cliffs, and in Skyloft you deliver pumpkin soup (nudge nudge). So all these battles tend to be themed around the characters you meet and the places you visit, but it’s like playing a kid’s board game: You know where the pieces go and how you need to interact with them. Candyland doesn’t change no matter who you’ve playing it with.

Sometimes you might have to escort one character to a point on the battlefield, but the A.I. aren’t very bright and tend to get hung up on a single lingering enemy minion. Getting them to advance to their destination and not dilly-dally around the forever-spawning enemies can be like trying to push a King Dodongo with one hand. They just won’t budge.

This is a King Dodongo: 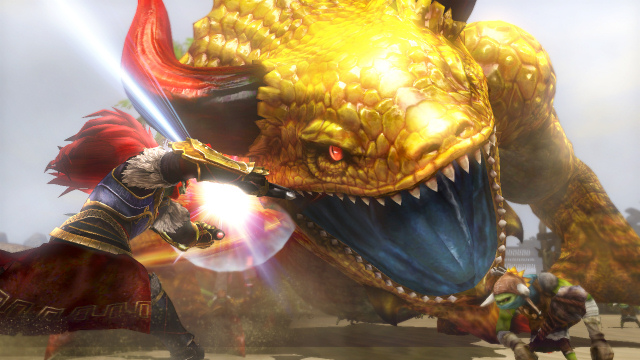 The greatest oversight is making the attack button the same button as the “advance the text” button. So when you’re hacking and slashing by jamming the A button rapid-fire, chances are you’ll skip over some (probably important) text. Because Zelda games aren’t voiced, and Hyrule Warriors is no exception apart from its unnamed narrator. But who wants to read dialogue while they’re mass-killing things?

Hyrule Warriors is a nice teaser for the HD Zelda game we’re all itching for, and it’s got some bangin’ remixed rock music of the usual Zelda themes. Crafting new weapons and unlocking equippable badges with the materials you gain from enemy drops is enjoyable and fosters a gotta get ’em all sense of addiction. But despite these efforts, the appeal of Hyrule Warriors is short-lived.

Free Mode is basically Legend Mode (the story mode) without any restrictions on whom you can play as. The developers didn’t even bother to change or remove the cutscenes, which looks a bit silly when you’re playing as Ganondorf and suddenly you’re, erm, Link fighting Ganondorf. Challenge Mode is a remixed version of the missions you might encounter in your normal playthrough. Only Adventure Mode is halfway interesting: You progress along a grid-like map modeled after the original The Legend of Zelda and complete different objectives to advance to the next square as you search for the Dark Lord. 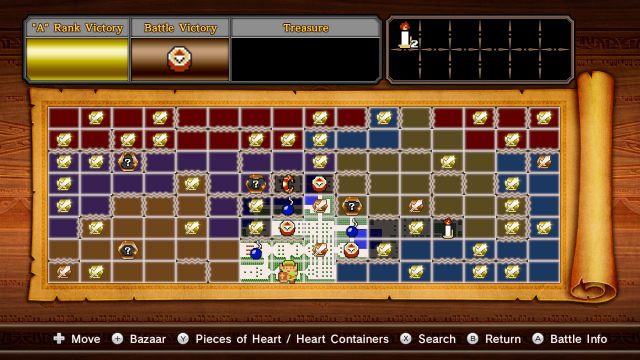 The Legend missions require about 20 minutes on average to complete. Overall, I pumped around 12 hours into the main campaign and spent more on all the extras.

You can play with a friend in co-op, and the developers made the smart choice to have player one use the GamePad screen and player two the TV—so you won’t have to play in split-screen and give yourself a headache. But boy, the frame rate sure does drop.

Despite these flaws, Hyrule Warriors is a well-handled Zelda mash-up that works well, even when it doesn’t. It’s got girl power and rupees galore, and it lets you play as the bad guys. Win-win-win.

Hyrule Warriors is available for Wii U.