The Legend of Korra Newbie Recap: “A New Spiritual Age” 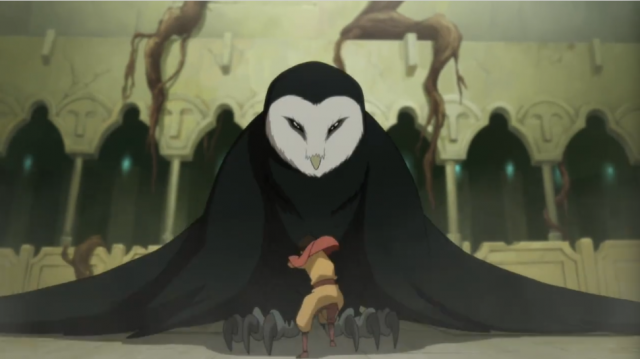 What did I say about messing with Jinora? WHAT DID I SAY?

While Tenzin, Kya, and Bumi keep guard, Jinora and Korra are off gallivanting around the spirit world, hoping to close the Southern Spirit Portal before Harmonic Convergence comes along and Vaatu breaks free from his tree prison. Given we still have four episodes left in season two after this one, I donnnnn’t think it’s going to happen.

Jinora quickly proves herself Boss of the Spirit World, informing Korra that her bad juju affects the mood of the whole place, so she’d better do her damndest to stay chill while she’s here. Uh … good luck?

Korra, COMPLETELY UNFORESEEABLY, is unable to keep herself from going all fight mode when she’s antagonized by a group of groundhog spirits—seriously, Korra, groundhogs—and she and Jinora fall into this creepy spirit whirlpool, after which they’re eaten by a spirit dinosaur. YEAH. SPIRIT DINOSAUR.

A little Jonah-in-the-belly of the whale action separates our intrepid explorers, and Korra finds herself in a dark forest in the company of Fabio spirits 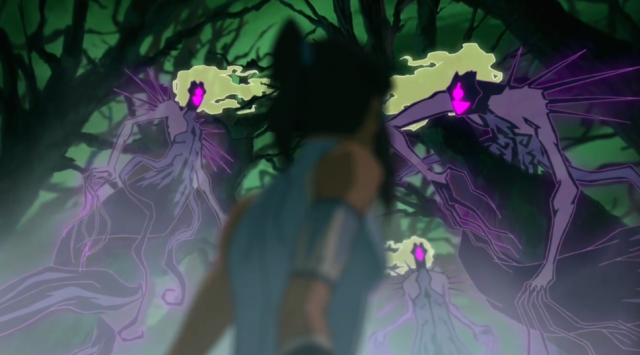 and a weird hand crab 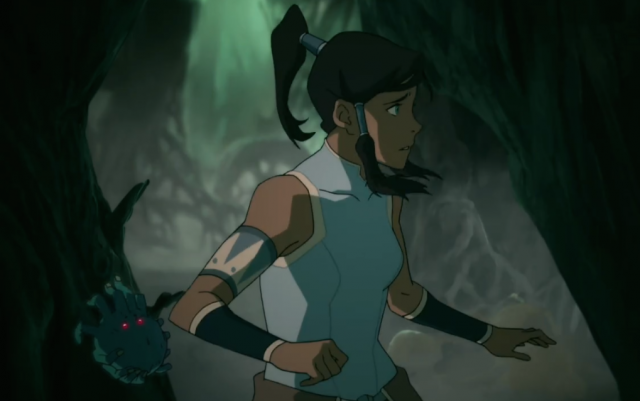 before being de-aged. It’s Dalí does Nickelodeon.

Jinora, meanwhile, meets her spirit BFF Furryfoot and makes her way to the library from ATLA so she can figure out how to get to the spirit portals. Lest we forget, this is the library run by the “spirit of all knowledge”—aka a big, scary as fuck owl named Wan Shi Tong. One of the very first things Wan Shi Tong does is point out the skeleton of Professor Zei, who in “The Library” opted to stay behind when Wan Shi Tong hung up his “No Humans” sign and took his toys to the spirit world. Guess there wasn’t a food court there after all. This episode is quite a 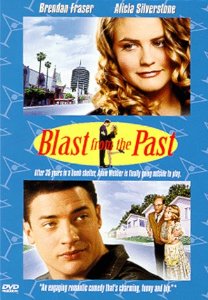 Jinora’s a little freaked out by the skeleton, sure, but she snaps right out of it and earns the right to explore the library by explaining to Wan Chi Tong how radios work. Throughout this entire library sequence, she is completely blase about the giant scary owl spirit who hates humans and decorates his library with their skeletons, because she’s got shit to do and books to read. This is a library, and she knows libraries. We knew she was mature for her age, but damn is she ever calm under pressure, too. Jinora is badass as fuck here.

What am I getting at?

Jinora’s the second coming of Indiana Jones. Younger, obviously, and minus the fighting ability, but she has that spirit.

Back in the forest, Baby Korra accidentally thwaps a phoenix spirit and IDK wanders around a bit, nothing much happens I MEAN WAIT. 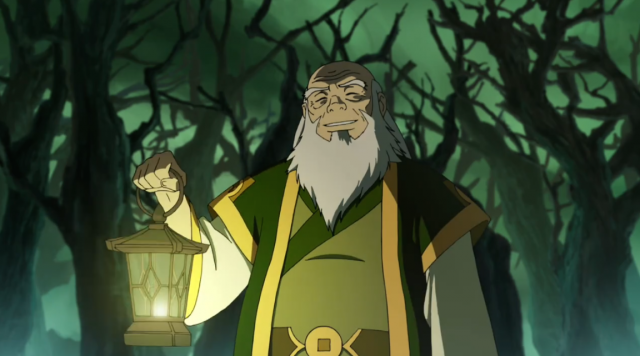 Iroh, who decided he wanted to live his afterlife in the spirit world because of course he did, takes Baby Korra to a spirit tea party, because of course he does. He serves her spirit cakes and spirit tea and explains to her that, if she wants to find Jinora, it might be a good idea to first help the phoenix spirit she injured find its home, because … spirit logic, I guess.

Seriously, Iroh, “solving your problems by helping other people solve theirs” is nice and all, but Korra’s kiiiiind of on a schedule.

This is a good time to mention the main problem that I have with this episode, which is that the spirit world is freaky as hellllllll. Which, yeah, I get the sense that it’s supposed to be a little surrealist funky, and that the happy-go-lucky mood can change at the drop of a hat if Korra’s emotions get out of whack, but … I don’t know. I see Iroh’s tea party 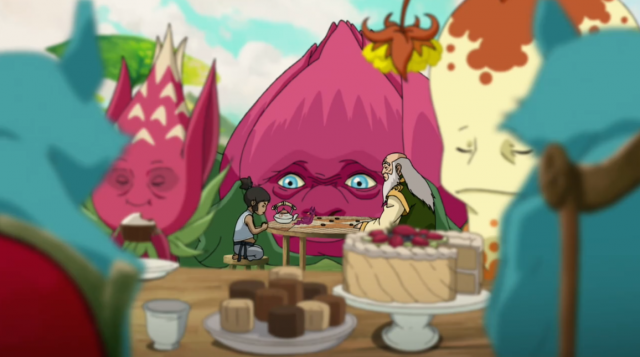 … and I’m just waiting for Alien chestbursters to erupt from everyone’s bodies. The whole vibe of the spirit world is really off, for me. Are we supposed to think of it as a positive place—or even a neutral place, capable of good or evil, like the human world is? Because that’s not what I was getting. At. All. It’s a technicolor Tim Burton nightmare!

Off in the library, Jinora finds out that if Korra doesn’t close the portal before the Harmonic Convergence, Bad Shit will happen in the form of Vaatu getting free. Wait. Didn’t we already know that? Anyway. Unalaq shows up, because Furryfoot the rabbit butterfly is an EVIL FUCKING TRAITOR.

Again, Jinora is calm under pressure, responding to Unalaq’s jibes about Tenzin letting her go off into the spirit world alone with “Well at least he’s a better dad than you, fuckhead.”

Korra’s been sent by Iroh, who’s gone all Roku-style with the vague advice and cryptic metaphors, to scary spirit mountain so she can bring her tiny winged friend back to its nest. On the way there, she encounters some evil spirits whom she turns good with the power of positive thinking. Not quite sure about this cute-kid-on-a-quest detour when the clock’s supposed to be ticking. Korra completes her mission, and the little phoenix spirit joins with its siblings to form a 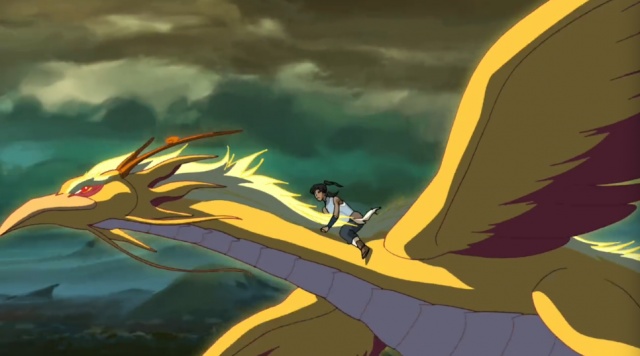 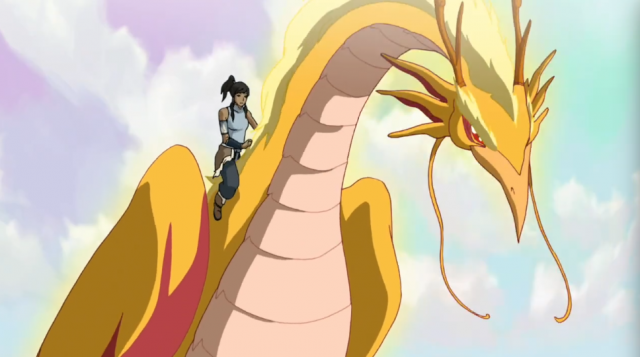 Korra, again an adult, goes off on the chicken dragon to close the portal, finally. Unalaq shows up with Jinora and gives Korra an ultimatum: Either she opens the Northern Spirit Portal, or he takes Jinora’s soul … or something. He traps her soul in the spirit world forever? Not quite sure what magical spirit power has been introduced to the ATLAverse mythology here. Anyway, Korra chooses Jinora—good call—but trusts Unalaq to keep up his end of the bargain and give Jinora back. Bad call. Seriously, Korra, you know him.

While Furryfoot flies away with Jinora, Unalaq attacks Korra with waterbending—something she’s uanble to do, as she didn’t come in through a portal—and almost has her own spirit taken away before the courageous chicken dragon shows up and just fucking PUNTS him. It’s MAGICAL. Naga’s sister from another mister, right here.

Korra goes back to the real world with both portals open, Vaatu’s escape from the tree before the Harmonic Convergence imminent, and Jinora trapped in the spirit world with Unalaq. 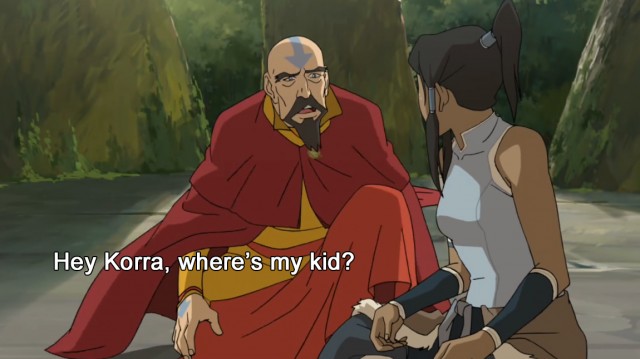 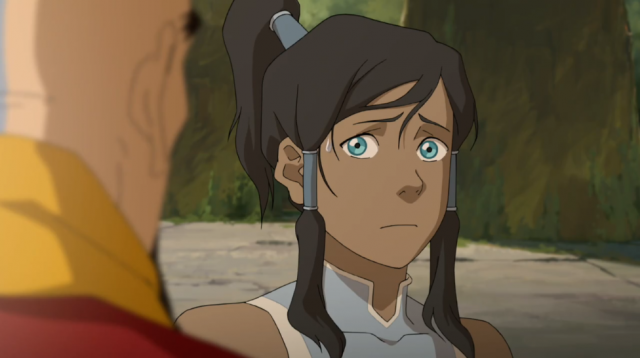 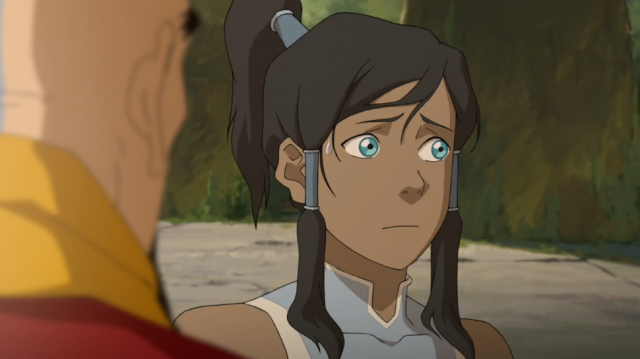 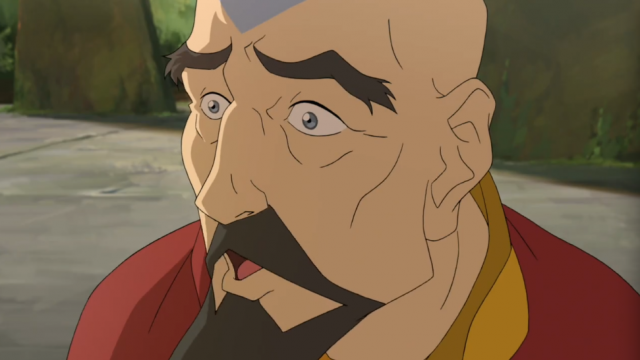 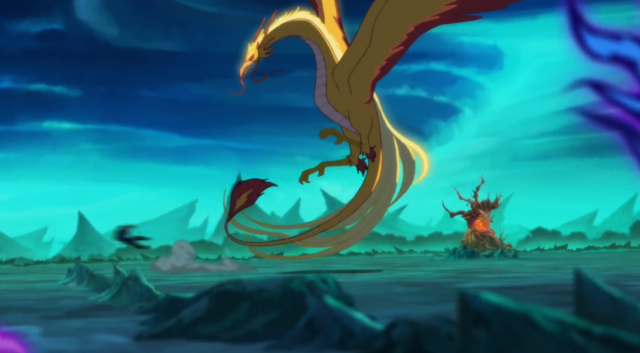